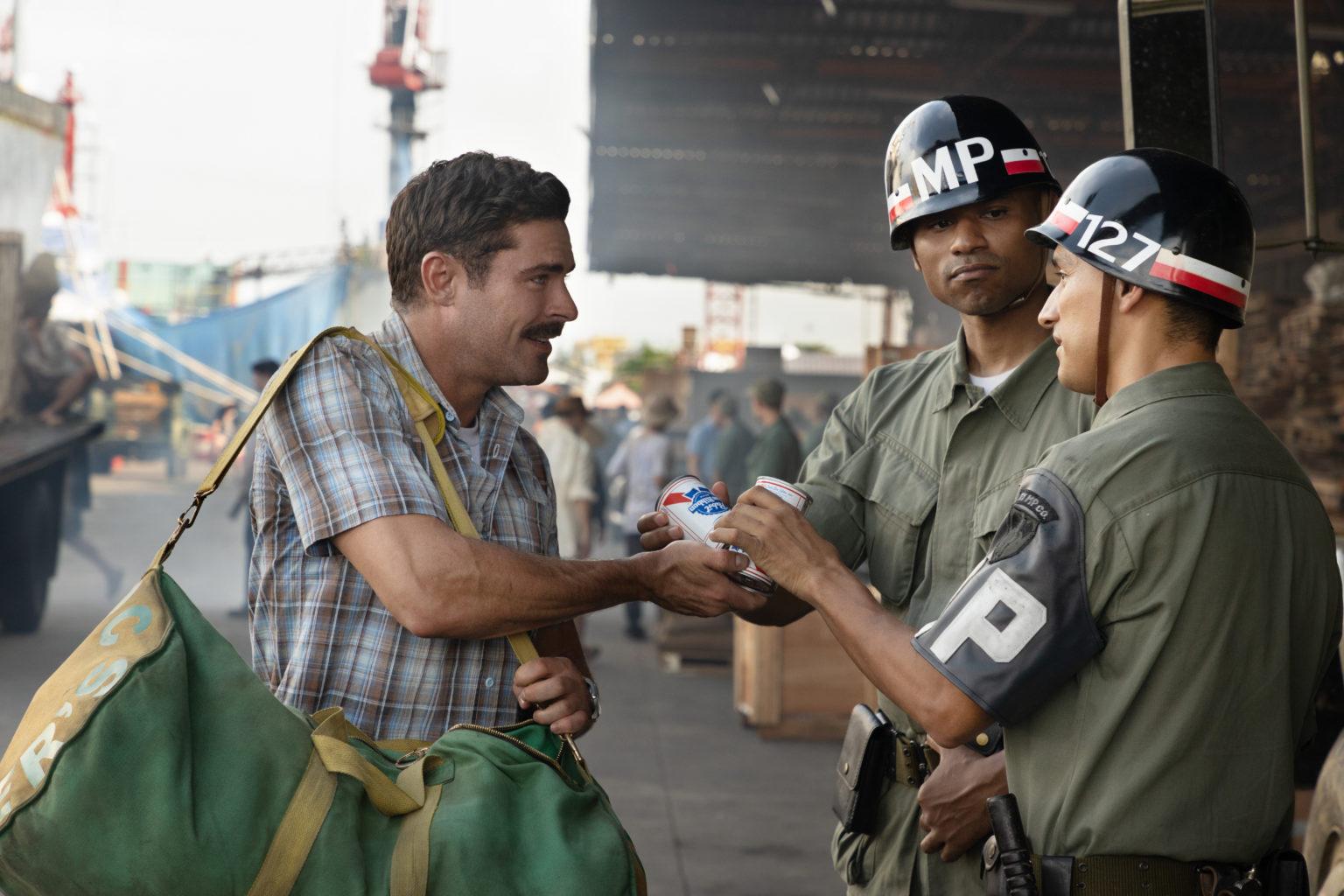 Zac Efron has been busy, and his latest project just released its first official trailer. “The Greatest Beer Run Ever” is a war drama following the real life story of John “Chickie” Donohue as he sets out track down his friends and neighbors overseas in the midst of the Vietnam War. Why? So he can bring them beer — “a sudsy thank you card,” he calls it. The film is based on the New York Times bestseller “The Greatest Beer Run Ever: A Memoir of Friendship, Loyalty, and War” by Donohue and Joanna Molloy.

The trailer focuses on Chickie as a 26-year-old lay-about, sleeping his life way in New York while his friends fight overseas and his sister protests the war. While commiserating with his bar buddies about how the public protests are probably demoralizing for the American soldiers, Chickie hits on a plan: grab the next plane to Vietnam, track down the boys from the neighborhood, and bring them beer.

Along the way, he finds an unlikely ally in war photographer Arthur Coates (Russell Crowe), who is there to capture the harsher realities of war so that people back home know the truth of what is happening there. Chickie, it seems, was someone who had no idea about those realities, astonished by the violence all around him, the numerous coffins draped in flags, and the sight of American soldiers threatening to toss a women out of the open door or a helicopter. His friends openly admonish him for taking the trip. We hear one of his buddies from back home remind us that “this isn’t a John Wayne movie where you know who the good guys are and who the bad guys are” as Chickie attempts to connect with a terrified-looking Vietnamese girl on a lonely road. Still, he remains undeterred, attempting to show his working class friends caught in the crossfire that people back home still care about them, even if they disapprove of the war.

“The Greatest Beer Run Ever” comes from “Green Book” director Peter Ferrelly, who adapted the screenplay for Skydance Media with the help of Brian Currie and Pete Jones. Efron and Crowe are joined by Jake Picking, Will Ropp, Archie Renaux, Kyle Allen, Ruby Ashbourne Serkis, and Bill Murray.

The film comes to select theaters theaters and Apple TV+ on September 30th, 2022.

Check out the trailer below.