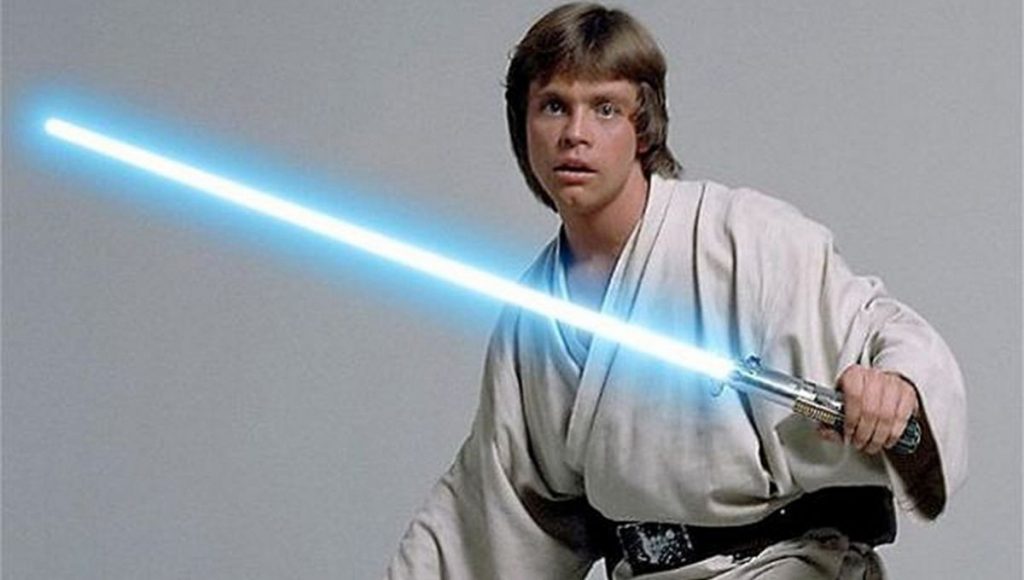 Since its original 1977 release, the Star Wars franchise has been gaining the attention of science fiction fans worldwide. Created by George Lucas, Star Wars has become a household name, recognizable even by those who haven’t seen the movies.

The franchise is widely loved for its story, characters, and lore. But few things are associated with the Star Wars universe as much as the weapon of choice for many factions and characters within it: the lightsaber. These brilliant, illuminated blades are immediately recognizable by those unfamiliar with the franchise and hardcore fans.

Every collector of Star Wars memorabilia will likely add a lightsaber to their collection at some point. This article will cover the gist of everything you need to know about lightsabers as collectibles and their place within the world of Star Wars.

What Is A Lightsaber?

The lightsaber is a fictional weapon coming from the Star Wars universe. It’s an energy sword and is one of the main weapons seen in the franchise. The Jedi and the Sith most notably use lightsabers in conjunction with The Force. However, many other characters and factions have also been shown using lightsabers during combat.

The outward appearance of a lightsaber consists of a metal hilt from which extends a plasma blade. The hilt is usually worn on the belt or inside a robe and has a switch to activate or deactivate the blade. Inside the hilt is a Kyber crystal, which is the power source for each lightsaber.

Lightsabers are seen in several colors throughout the franchise. The color of the blade often depends on various factors, centering around the original owner of the weapon, their personality, and their affiliations.

Lightsabers are often the inspiration for various Star Wars collectibles. This includes everything from lightsaber-themed apparel to replica lightsabers. You can even find regular items in the likeness of a lightsaber, like these lightsaber chopsticks.

Meanwhile, several factors should be considered if you’re yearning to start a lightsaber collection. First, it’s important to remember that the lightsaber’s price will vary widely depending on its quality level. Second, know that you’ll encounter various products.

Lightsaber dueling, also called Saberfighting, is a competitive sport for some fans. This involves dueling with lightsabers in a similar way to fencing. However, it was inspired by the lightsaber fights seen in Star Wars movies and shows.

If you intend to perform lightsaber duels, you’ll need a lightsaber replica that can withstand such use. Also, it should have elements that simulate the ones from the movie, which include sound effects, visual effects, etc. If this interests you, Galaxy Sabers offer battle ready lightsabers so you can have a Star Wars duel with your friends.

Meanwhile, Jedi get their lightsabers through a rite of passage known as ‘The Gathering.’ This involves being taken to ice caves on the planet Ilum, where Kyber crystals are found. From the moment a young Jedi bonds with their crystal, the crystal changes from colorless to a specific color depending on the nature of their force.

However, it wasn’t until Samuel L. Jackson requested a purple lightsaber for his character that an additional color was added. He played Mace Windu in the second trilogy. Because of his request, lightsaber legend evolved into what it is today.

Jedi Guardians typically use The Force to support their skill with a lightsaber. This strongly suggests that these qualities will likely cause the Kyber crystal to turn blue.

Green lightsabers are another color typically found among Jedi. However, these lightsabers tend to be seen in the hands of Jedi Consulars, who focus their mental energy more on studying and understanding The Force.

In addition, those with green lightsabers are often seen using their force more during battle than those with blue lightsabers. This is the color seen being used by some of the strongest Jedi ever to live, like Yoda and Luke Skywalker.

A purple lightsaber is said to result when the user understands both the dark and light sides of The Force. Initially, Mace Windu was the only known wielder of a purple lightsaber, but other users have appeared since.

Being a mixture of blue and red, purple indicates a user whose nature leans toward the dark side of The Force without letting it control them.

Sith lords, like Darth Vader, and other users of the dark side of The Force are most commonly seen with red lightsabers. Red crystals are unique among Kyber crystals, as they’re the only crystals that don’t occur naturally.

The red crystals found in Dark Force users’ lightsabers are often synthetic. However, Sith lords can also create red crystals by using the Dark Force. This is done by pouring their negative emotions into a Kyber crystal, causing it to ‘bleed.’

White Kyber crystals are even rarer than red ones. When a light side user can purify a red crystal that turned red due to ‘bleeding,’ the crystal turns white. Interestingly, Ahsoka Tano is the only canon individual known to have white lightsabers.

Yellow is the color seen in use by Jedi Sentinels. They’re those who study the balance between the schools of the Jedi Guardians and Consulars. The meaning behind a yellow lightsaber is still somewhat difficult to determine, but it’s generally seen as finding a balance in The Force.

Black is the rarest of all lightsabers, with only one ever being created. This lightsaber is called the Darksaber, and has a flat, black blade which deviates from the regular blade shape.

The Darksaber has canonically been passed down amongst Mandalorians in the Star Wars universe. One notable feature of this unique weapon is that a user must have a mental connection with the Kyber crystal to be capable of using it.

A few other lightsaber colors have been shown across various Star Wars releases. These are typically mixtures or variants of one or more of the colors listed above, like yellow-green and orange.

Should any fictional Star Wars object be named a representative of the franchise as a whole, it could very well be the lightsaber. These plasma-bladed weapons are seen throughout the series, and the legend surrounding them ties deeply into the story and symbolism throughout.

There’s much to understand about lightsabers, how they’re made, and what the color tells you about the person who holds the weapon. Whether you’re collecting them or learning about lightsabers out of interest, you’d probably agree that these fictional weapons are just fantastic.

With the information in this article, you should have a demystified grasp of these ancient weapons from the fictional galaxy far, far away.