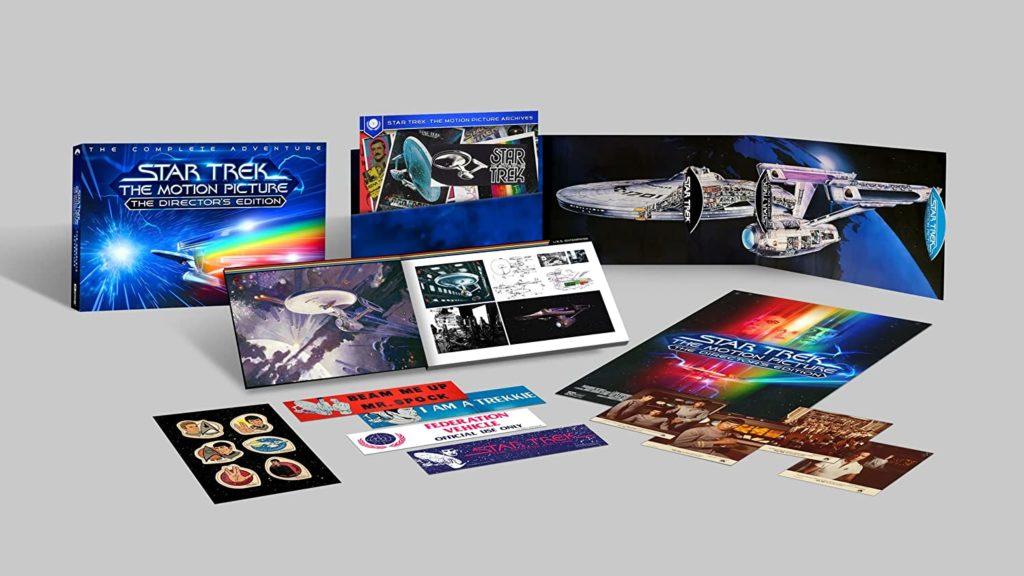 Fans will also have the option of getting The Complete Adventure, a limited-edition collector’s set (pre-order from Amazon here). It’ll include the new Director’s Edition, the theatrical cut, and a special longer cut. All of these editions are 4K Ultra HD, and with special features presented on Blu-ray.

According to Star Trek.com–

In 2001, director Robert Wise decided to revisit “Star Trek: TMP” in an effort to refine, edit, and enhance the visual effects. The resulting version was released on DVD in standard definition. While it was a hit with Trekkies, it wasn’t available in high definition. That cut has been pain painstakingly assembled and restored by producer David C. Fein with post-production supervisor Mike Matessino.

Fein and Matession both originally collaborated with Wise. This version of the film has been prepared for presentation in 4K Ultra HD with Dolby Vision, thanks to a team of visual effects experts, led by returning visual effects supervisor Daren R. Dochterman. They spent more than 6 months using resources in the Paramount Archives to recreate the effects in Ultra HD. The result looks and sounds the best it ever has, while staying true to Wise’s original intention.

A new “‘Star Trek: The Collection” set will include all 6 pre-Kelvin (JJ Abrams films) “Star Trek” feature films- “Star Trek: TMP,” “Wrath of Khan,” “Search for Spock,” “Voyage Home,” The Final Frontier,” and “Undiscovered Country“- on 4K Ultra HD. (Pre-order on Amazon here.) Each of the films are available on their own in 4K as well.

[Editor’s note: we got to see the result earlier this year, and it was truly incredible.]

This new 4K edition of “Star Trek: The Motion Picture” and collector’s 6-film set will release on September 6th, 2022.