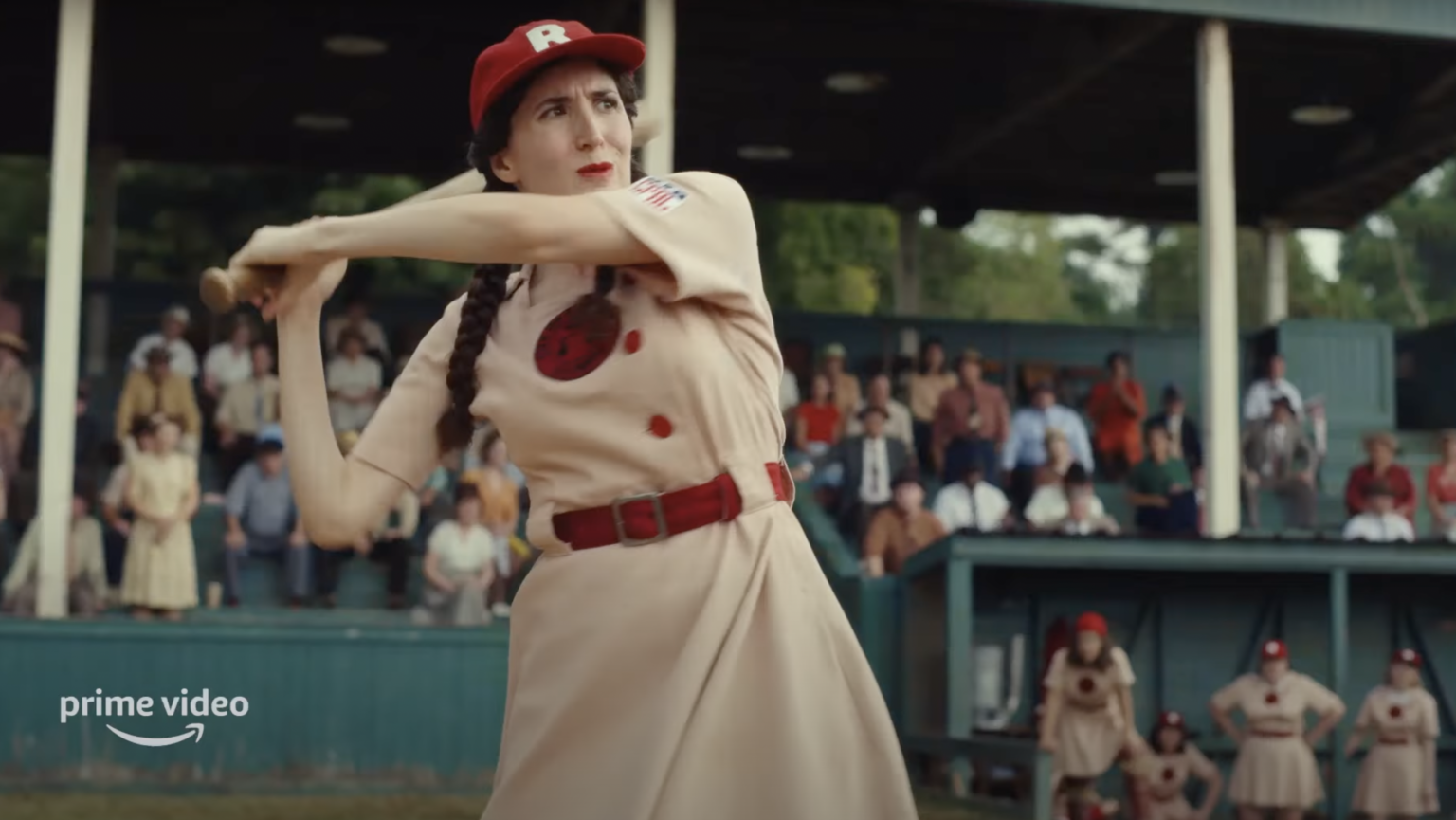 We’ve all said “There’s no crying in baseball” at least once or twice. The late great Penny Marshall directed “A League of Their Own” in 1992, and now we’re getting a tv series based on the idea. Amazon Prime Video has been teasing Abbi Jacobson‘s (“Broad City“) series for some time, but this morning, we finally got an actual teaser.

Jacobson not only wrote the series, but also stars in it. Other cast includes Chanté Adams, D’Arcy Carden, Melanie Field, and Nick Offerman as the team’s coach. Think the film version’s Jimmy Dougan (Tom Hanks), but more…Nick Offerman.

Don’t get your hopes up for more Rockford Peaches though- “A League of Their Own” the show will focus on a different team and storyline.

The series will hit Prime Video on August 12th, 2022. Check out the teaser now: