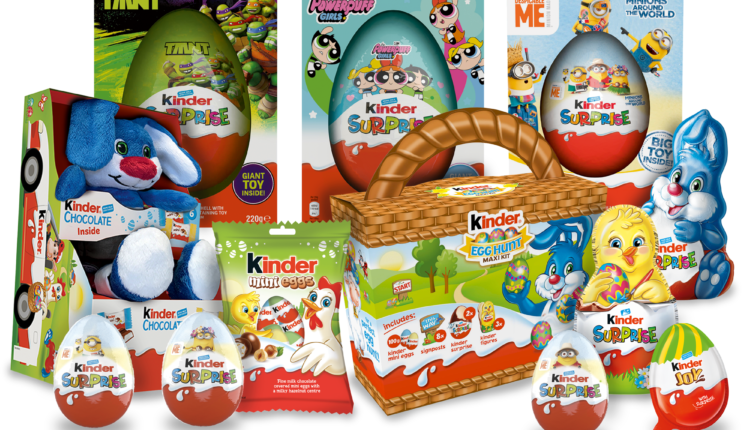 Right Before Easter, Kinder Products Recalled Due to Salmonella

Earlier this month, Ferrero USA recalled two Kinder brand products in the United States. This was in response to 150 children in Europe and the UK becoming infected with salmonella via the treats.

On April 11th, Ferrero Canada Ltd. announced an expanded recall on dozens more Kinder products. Some of these items are part of the initial outbreak in Europe. Luckily, as of April 11th, no illnesses in Canada are tied to the product.

The contamination was found in mid-December during an internal analysis of the Arlon, Belgium facility. The origin point was traced to a filter at the outlet of two raw material tanks. According to the company, these materials and finished products were not released.

Belgian authorities shut the plant down due to fear of further contamination. Which is serious considering the Arlon plant makes up about 7% of the total Kinder products manufactured globally each year. The Federal Agency for the Safety of the Food Chain (FASFC) said the information provided by Ferrero was “incomplete.” This decision was also based on findings during an ongoing investigation in to the facility.

While there is no good time for a company to have a salmonella outbreak, but right now is an especially bad one. With the upcoming Easter holiday, many fear that they already have these items in their homes.

Since food tainted with salmonella often doesn’t look, smell, or taste spoiled, there is no real indication that something is wrong until the person is already ill. Anyone can get sick from salmonella poisoning. But the immunocompromised are more vulnerable. Meaning those at the highest risk are often infants, children, and seniors.

Symptoms of infection include diarrhea, abdominal cramps, and a fever that comes on 12 to 72 hours after consuming the contaminated food. Symptoms last for 4 to 7 days but some people have been hospitalized due to diarrhea. There are even people that can be asymptomatic but still pass it on to others.

If you believe you have a tainted product please check here to see a list of recalled items. All potentially infected products should be discarded or returned to their place of purchase.

How to Cut Office Costs on Technology?