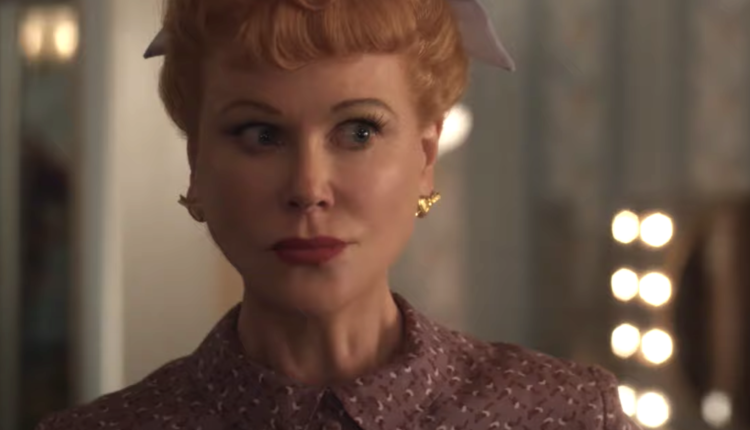 If we’re being honest, this category has the potential to sport the widest array of performances. Everything from clear, sure fire bets to win it all in Olivia Coleman, to a surprising turn as a legitimate actress in Kristen Stewart, to newcomers in Alana Haim and yes, all the way to probably underserved by academy darling Nicole Kidman. Needless to say, there is a lot of competition and possible contenders despite some clear front runners. I can’t stress enough how foolish it is to not bet on Coleman. Like the Best Actor category, there are a few key performances that are all but assured, with the last two spots being vied for by a few standouts that make the full list anybody’s game.

There’s gonna be another mixture of logic vs heart picks, so let’s get into my predictions for Best Actress!

Always bet on Coleman. Especially when she turns in the kind of nuanced, intense, psychologically unraveling performance in “The Lost Daughter.” Coleman has long been an Academy regular, and seems incapable of turning in anything less than a stellar performance onscreen. And it’s even wilder when you consider that for most of her career, she’s been known for being a comedic actress. A great one, by the way. But her turn into more dramatic and introspective roles is nothing short of amazing. Not that comedians can’t be dramatic (trust me, as a stand up comedian, they are the worst when it comes to drama) it’s just rare that someone makes the change THIS well. I’m making my winning prediction here: Coleman wins this category.

Nicole Kidman – “Being the Ricardos”

The more I do these predictions, the more I am upset at how likely it will be that “Being the Ricardos” will be all over the Academy Awards. It frankly shouldn’t be, because it’s an ok film at best. It’s got some moments, and Kidman is certainly giving it her all here. But I’m frankly tired of watching impersonation performances being herald as the key to the Oscars. Look, Kidman is solid in “Being the Ricardos,” but do we really need ANOTHER “this person is playing this famous person so we should definitely nominate them?” I say this while giving a pass to Will Smith in “King Richard,” who essentially fits the exact bill of everything I’m complaining about. I guess the difference is the quality of the overall film. And then idea that Kidman being nominated is more of a default for all the boxes “Being the Ricardos” checks instead of how incredible Kidman’s work was in the film. She’ll be on the list for sure.

Oh look, another biopic nomination! I had plans to see “Spencer” but it unfortunately didn’t work out. I also don’t have the seething hatred for Stewart like many others do. I get it, the “Twilight” saga is a stain on anyone existence, but it’s not the actual representation of her actual skills and capability. She’s also a really self aware person, and I think all of those things combined are on full display in “Spencer.” This is second hand of course, as I haven’t actually seen it. But from everything I can gather from those that did see it, she is truly firing on all cylinders and delivering a deep, subdued, and introspect performance. The film overall may be so so, and has been described as being pretty dull and vapid and slow, which is just how the Academy likes it. Stewart may have lost some steam in the recent campaign, but I’d bet good money that none of that deters her from at least making the Best Actress nomination list.

I know that some people feel Zegler is actually on the cusp of the Best Actress category, and I can’t imagine the breakout star of the new “West Side Story” gets left out of the category. I know that the film didn’t blow the doors off the box office, but I don’t see that having any impact on the Academy’s undying love for this film. Rightfully so too, because “West Side Story” was one of the best films of the year, and Zegler is downright phenomenal. She is electric, naive, charming, and simply wonderful every single second of screen time. There is something to be said for tackling a lead role in a film that feels untouchable and not only making it your own, but making it the best iteration of the character on screen. Ya, I said it. Zegler’s Maria is better than Wood’s Maria. And you can bet that the Academy will think that way too and give her the nod. She won’t beat Olivia Coleman, but she makes a good case to be strong contender.

This last spot is the hardest one to pick. I have opted to leave my heart picks in the Honorable Mentions and go full Vulcan logic here. Lady Gaga has been talked about as being the best part of “House of Gucci,” and we know damn well that the Academy absolutely adores her. And why shouldn’t they? Lady Gaga has proven that her performative nature as a musician translates really well onscreen, and Gaga is unafraid to go all in. She certainly does in “House of Gucci,” and she seems to be one of the only people that understands what the film is and what it’s supposed to be. This one feels more like the best performance in a bad movie than a standout performance in an award winning film. But then again, “House of Gucci” is gonna be one of those films that divided critics and audiences but shows up on a bunch of nomination lists. Lady Gaga for Best Actress seems very likely, even if I’d like to see this spot go to someone else.

In a perfect world, some of these mentions would handedly be included in Best Actress category. There were some truly terrific performances that I think will be overshadowed and overlooked by the default Academy nomination mode (again, biopics trump talent every single time). The big dark horse is newcomer Alana Haim in “Licorice Pizza.” She has all the charm and charisma of a veteran, and comes across as a beautiful natural onscreen. She’s honestly great, and I would be fine if she unseated anyone else on the list sans Olivia Coleman because you’re not allowed to unseat my front runner. Jessica Chastain makes the list for her work in “The Eyes of Tammy Faye,” and I wouldn’t be surprised if she unseats someone as well. The only thing about this pick is that one, it’s yet ANOTHER biopic portrayal and two, despite now being available on HBO Max, literally no one saw this movie. That’s not always a reason for exclusion; Viggo Mortensen does that practically every year he works and still gets the nod. But I think how far under the radar the film fell will have an impact on Chastain’s inclusion.

Some other final mentions would be Emma Stone for “Cruella” and Jodie Colmer for “The Last Duel.” There’s certainly some others on the outskirts of possibility, but I think these two have the best shot at being the biggest surprises. Stone is the best part of a strange movie, and really delivers a whole new side of her versatile career. Colmer too, is just so damn good in everything she does, and I would sleep fine at night if she somehow sneaks her way into the Best Actress Category. I adore her, and if she doesn’t get it done this year I have no doubt that she will stay in this conversation for many years and many award seasons to come.

So those are my predictions for Best Actress. We’ll find out who gets the nods when the Academy Awards announces the full list of nominees on February 8th, 2022.

Why Is There So Much Hype Around Blockchain Technology?

What is ICON Cryptocurrency (ICX)?