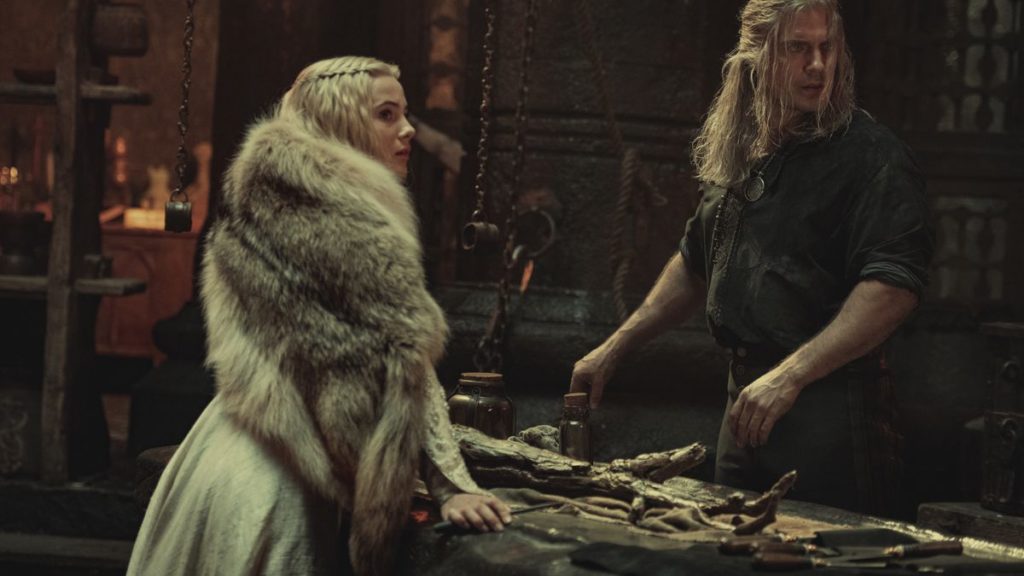 It’s with great anticipation that we return to the frostbitten world of The Continent. Amidst loss and confusion in the tense early days of a brutal war, the adventures of the unconventional family unit of Geralt, Yennefer and Ciri continues in Netflix’s “The Witcher” season 2.

“The Witcher” is a complex story to adapt. With an unusual narrative structure, unconventional heroes and no happy endings in sight for anyone concerned, “The Witcher” is a tough cookie to bring to the screen. The first season showed us a complex interconnecting history of our protagonist, the monster hunter Geralt of Rivia (Henry Cavill), the world he lives in and it’s many intrigues, and explored the traumatic pasts of sorceress Yennefer (Anya Chalotra) and princess Cirilla (Freya Allan). Told in a branching narrative that jumps back and forth between many periods of time in our heroes lives, the first season of Netflix’s fantasy hit covered a lot of ground in an interesting way. It was bold storytelling, even if the unusual structure did result in many viewers getting a tad lost along the way.

Season 2 of “The Witcher” expands the world we’ve come to know, and brings focus onto the tense political plots and ongoing machinations of the multiple kings of The Continent and their respective kingdoms, as they ready for war with the looming beast of the armies of Nilfgaard. It is once again huge in scope, and while not as filled to the brim with heraldry and counterplot as the early seasons of “Game of Thrones,” is still a satisfyingly complex narrative to get stuck into. For those who had trouble with the time-hopping of the first season, you’ll be pleased to hear that season 2 is a much more straightforward narrative.

A rich cast of returning characters, especially sorcerers like the stern Tissaia, enigmatic Vilgefortz and sinister Stregobor continue the dark thread of mystery woven into the magic of this world. Every character has a hidden motive, and most of it bodes poorly for our heroes and the world they live in. Also heavily featured in season 2 are the Witchers themselves, holed up in the mountain sanctuary of Kaer Morhen for the rough winter. These are some great characters, and the feeling of brotherhood and camaraderie explored here as Geralt and Ciri learn more about each other is one of the joys of the season. The story is also more spanning of the wide world of the Continent, and from cities to mountain vistas to the cold stones of Kaer Morhen. The series as a whole is in desperate need of some introductory subtitles when hopping location however, as one city can look a lot like an other, and oftentimes it’s hard to know exactly what glorious landscape we’re looking down upon in an establishing shot.

The overarching world aside, “The Witcher” stands most surely on its short stories. Some of the best parts of the show are the one and done adventures that take place in a single episode. Season 2 opens with the wonderful, tragic tale of Nivellen (played brilliantly by “Game of Thrones” alumni Krisotofer Hivju). A lonely noble trapped in cursed body and guarding a terrible secret, Nivellen’s tale is adapted directly from one of author Andrzej Sapkowski‘s original “Witcher” tales, and is some of the best drama to be found in the show.

Other new faces joining the adventure include the intimidating new villain Rience, played by Chris Fulton in a turn as wonderfully dark and threatening as Tom Hiddleston in his early performances as Marvel supervillain Loki, and brooding elder Witcher Vesemir played by Kim Bodnia. Both these characters in particular have the weight of fan expectation upon their shoulders, and both actors give an enthusiastic performance that is a lot of fun to watch. Another new entry to the wide world of Witcher characters that I found hugely enjoyable to watch is the performances of Liz Carr and Simon Callow as the information-peddling duo Codringher and Fenn. These guys bring a double act to the show that is an absolute joy to watch, both incredibly charming and playing off one another wonderfully.

Some characters may be less than well received by old fans, especially some that are treated more poorly by the narrative. In particular, one jovial and beloved fan favorite from the source material is here reduced to an appearance of being snarky, unpleasant, and quickly killed off.

While still staying true in many ways to the source material, season 2 stands somewhat more fully alone with a larger amount of original content. The plot begins to diverge in unexpected ways, characters drawn down different paths and machinations not present in the original novels beginning to appear. While there will always be fans who are irked by any deviation from the original story, Netflix’s “The Witcher” seems to be taking its time to develop a tale neatly and cohesively, and I became more intrigued to see where the story went the further along in the series I got. Things in a story I know pretty well began to become unexpected, and for the future of the franchise, promises a lot of surprises to come.

Once again the world of “The Witcher” is lovingly brought to life through beautiful sets and impressive costuming. The perpetual chill of stony Kaer Morhen is a wonderful backdrop for the evolving tale of young Ciri. Costumes are complex, weathered, unique time and time again and lend personality to every little character. The Nilfgaard army look has been updated to a more grandiose, imposing appearance than last seasons somewhat odd flesh-like armor.

Perfect for her character, Yennefer occasionally wears a dress boasting just about the most plunging neckline ever committed to the screen, perpetually threatening to just fall off her body and leave her naked in every single shot it appears in. If that isn’t on brand for Yennefer, then I don’t know what is.

Those who found the first season a little slow by means of action will find the second to have more moments of tension, both with a larger quotient of violence and some brilliant looking monsters. The action sequences are as strong as ever, with magical duels and Geralt’s swordplay well choreographed and visceral.

Netflix’s “The Witcher” is continuing at a solid pace, with high action episodes and a compelling political narrative in the quiet moments. It feels at times like the stage is still being set, with brief glimpses of kings and realms yet to put their full weight into the story. There’s a lot more to tell, and so far “The Witcher” doesn’t appear keen to rush things. The heroes remain compelling, and the war between the northern realms and the rising tide of Nilfgaard is still only just kicking off. If you’re anything like me, soon after finishing season 2 you will be ready for more.

I also want to go on record saying that new Jaskier hit “Burn, Butcher, Burn” is more of a banger than “Toss a Coin to your Witcher” ever was.

Both seasons of “The Witcher” are streaming on Netflix. The animated prequel “The Witcher: Nightmare of the Wolf,” telling the story of a young Vesemir, is also currently streaming. Prequel series “The Witcher: Blood Origin” will hit sometime in 2022.