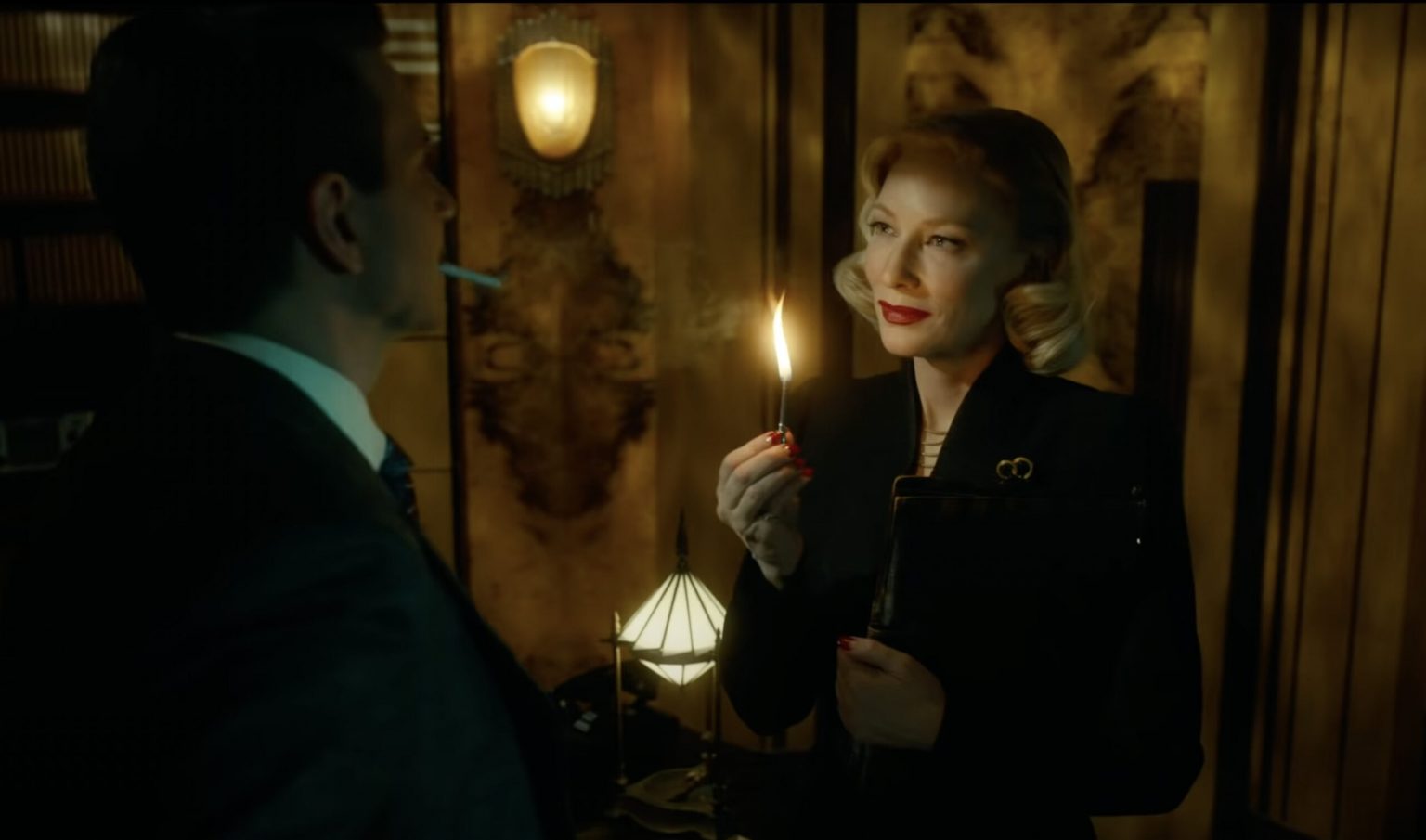 The final trailer for Guillermo Del Toro’s “Nightmare Alley” has materialized, and it has us somewhat intrigued. The teaser was a mere imagery salad of noiresque carnival imagery. This latest trailer gives us a bit more of a look at the cast and two of our main players.

Based on the novel by William Lindsay Gresham, Bradley Cooper stars as Stanton Carlisle. In this final trailer he’s a self purported true medium. It seems he will get drawn into a web of intrigue by Cate Blanchett’s Lilith Ritter. The novel has already been adapted once for the screen in 1947.

The film is described as: When charismatic but down-on-his-luck Stanton Carlisle (Bradley Cooper) endears himself to clairvoyant Zeena (Toni Collette) and her has-been mentalist husband Pete (David Strathairn) at a traveling carnival, he crafts a golden ticket to success, using this newly acquired knowledge to grift the wealthy elite of 1940s New York society. With the virtuous Molly (Rooney Mara) loyally by his side, Stanton plots to con a dangerous tycoon (Richard Jenkins) with the aid of a mysterious psychiatrist (Cate Blanchett) who might be his most formidable opponent yet.

We appreciate when a trailer doesn’t give too much away. However we’re mostly heading to this one out of our love for Del Toro.

What Are The Benefits Of Using TikTok For Gaining Popularity?