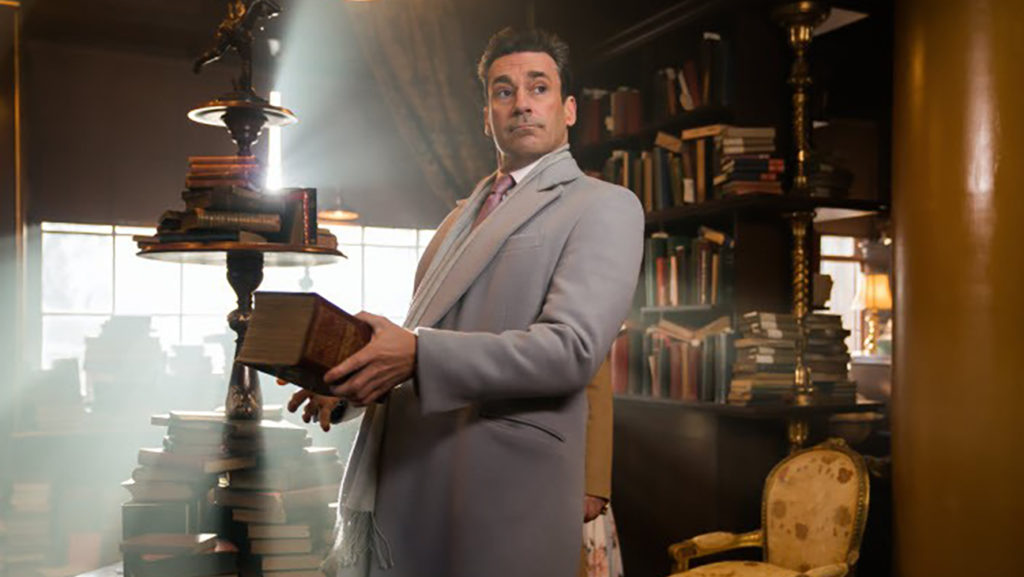 “Good Omens,” the show based off of Neil Gaiman and Terry Pratchett‘s 1990 novel of the same name, is getting a second season. Jon Hamm is going to be reprising his role of angel Gabriel! He’s the boss angel, and he plays it hilariously well.

We were delighted to know that our favorite angels would be coming back, especially since the source material has been covered in the first season. In this new season, maybe they’ll be more free to elaborate on the story of “Good Omens.”

Gaiman said of the news:

“Good Omens 2 just would not be the same without the astonishing Jon Hamm as Gabriel, everyone’s worst boss. The story that Terry Pratchett and I created all those years ago continues to take us from London’s Soho into Heaven and Hell. It’s a delight for me to bring back characters we loved (or hated) and bring in new characters, from the shiniest top floors of Heaven to the dankest basements of Hell, to love (or to hate, or to love to hate or hate to love). All of them are part of the strange and unusually beloved family of Good Omens.”

There have been several new angels cast as well as other characters for the Amazon show. They will be joined by new angels, Saraqael, played by Liz Carr and Muriel, played by Quelin Sepulveda. Another key character from Hell this season will be played by Shelley Conn.

So far, they are about halfway done with production in Scotland. The second season will cover things beyond the original text, and will highlight the uncanny friendship between Aziraphale (Michael Sheen) and Crowley (David Tennant). With the apocalypse now thwarted, they go back to living it easy among the mortals in Soho. They are quite happily existing when they get an unexpected messenger, who presents a surprising mystery.

“Good Omens” season 1 is available to stream on Amazon Prime Video. Season 2 will consist of six new episodes, and will air sometime in 2022.