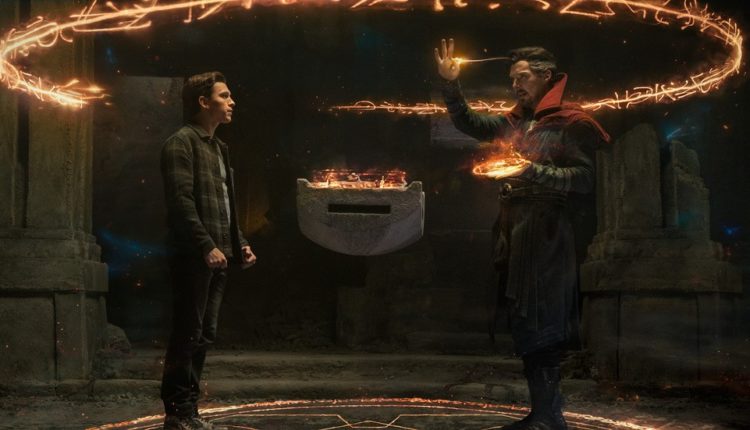 “Spider-Man: No Way Home” has managed to pull off an amazing feat. Not only does it wind up being another solid entry into Marvel Studios’ Cinematic Universe pantheon, it winds up giving the existing films more depth. “No Way Home” will be best enjoyed by going into it knowing as little as possible about it (meaning keep away from Twitter as best you can until you have a chance to see the film). As we go through this review, we will not go any deeper into details of the film beyond what might be surmised from the trailer.

So before we get to the bulk of the conversation, if you want to go into it cold, I’m giving this one a score of 8 out of 10 stars.

It’s a really wonderful addition both into the MCU as well as it’s own entry into the 9 modern Spider-Man films. While it might not be as great an entry as “Spider-Man: Into the Spider-Verse,” but it’s well worth catching (and will be required viewing as Marvel moves further into their Phase 4 cycle of films. Note that there are two scenes during the credits, one in the midpoint, and one at the very end. So with that, after the image, we will jump into discussing the film.

Tom Holland has grown into the role of Peter Parker over his last 6 outings. His talents as an actor have evolved, just as the character of Parker has grown from when Stark first brought him into the fray to someone who has carried his share of the weight in defending the world from the likes of Thanos and Mysterio.

Picking up after the events from “Far from Home,” Parker is being hounded by officials and J. Jonah Jameson (J.K. Simmons). As his world gets racked by having had his identity exposed publicly, the weight of the impact on those around him – MJ (Zendaya), Aunt May (Marisa Tomei), and Ned (Jacob Batalon) – as the public scrutiny envelops them as well. He turns to Doctor Strange (Benedict Cumberbatch) to help cast a spell to wipe the memory of his reveal from the world’s consciousness.

The spell winds up not going as planned and before long a rogues gallery of villains from the prior live-action Spider-Man films show up wanting to get a piece of revenge from Parker. The story overall is a thread of “be careful what you wish for” and of the consequences of trying to be a good person in a world where not everyone will accept the offered hand.

Sony and Marvel continue to spin impactful threads. Picking up narratives from films long past (well before the MCU ever got off the ground), such as Dr. Otto Octavius (Alfred Molina), and giving him an arc that constructively builds on what came before. No, it’s not “Rogue One” level impact on “A New Hope.” But it does give characters a moment to expand on themes that were dropped decades ago.

The MCU’s multiverse continues to allow for characters to be brought in from other stories and expanding on the core path of Phase 4, just as cross-title jumps have done for so long so successfully in comics. It allows for any particular story to bring in a breadth of characters without having to spend a large chunk of screen time in delivering origin and backstories. Remember even in the MCU, for Tom Holland’s Spider-Man, we never bothered to go back with his origin and seeing him be bit once again. We picked it up from the moment Tony Stark stepped into the apartment.

Not all MCU films are hits, but “Spider-Man: No Way Home” is one of them. See it soon before the rest of the tale gets spoiled.

“Spider-Man: No Way Home” is rated PG-13, runs for 2 hours and 28 minutes and opens in theaters everywhere starting today. There are two credit-scenes to absolutely stick around for (especially the second one).