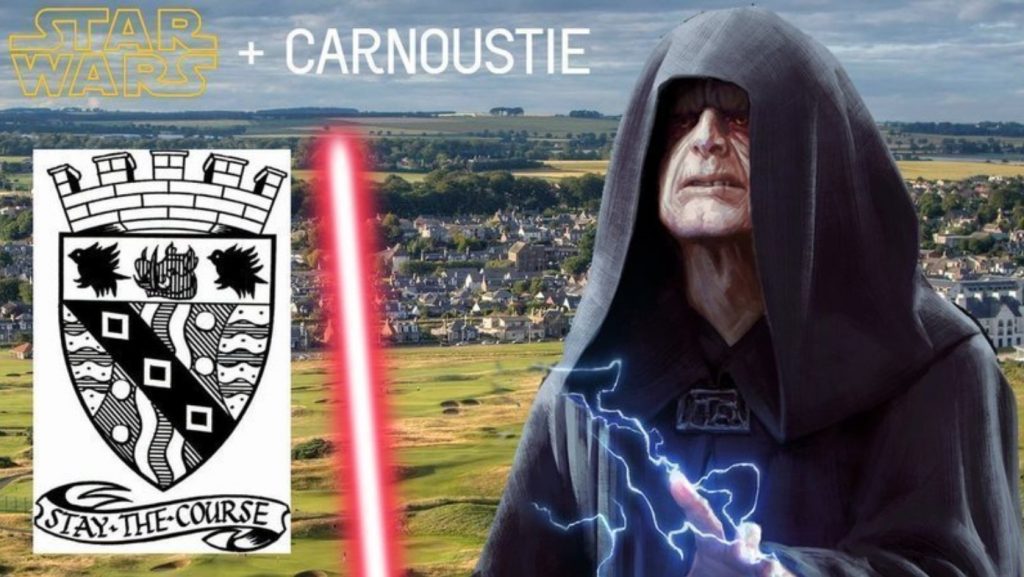 Currently there is a petition to get a statue of Ian McDiarmid as Emperor Palpatine from “Star Wars” in his hometown of Carnoustie, Scotland built. So far, they stand at about 800 signatures out of 1,000 they are asking for. This is still in its very early stages, and it would be a great tourist attraction if it was made.

Visiting this would be right up there with that statue of Batman in Burbank. Or the famous Robocop statue that should be up in Detroit at some point. Seeing the Emperor would be a great thing to add to any bucket list, and a great opportunity for cosplayers to travel the world and take some epic pictures.

Essentially, it would be great if Angus Council and the Scottish government could commission a bronze statue of Ian McDiarmid and place it in Carnoustie to honor his many contributions to movies, theater and charity.

Ian McDiarmid was born and grew up in Carnoustie! He went to university in Dundee and in Glasgow! He has a long standing connection with Scotland.

The statue would be a great way to attract Star Wars fans to the town and help jumpstart the economy there. Tens of thousands of fans visiting Carnoustie would be great for the high street. Having the world famous golf course and the Star Wars statue together, along with a future Ian McDiarmid festival would ensure Carnoustie becoming a global tourism spot.

The petition was started by Hunor Deak. He says it would jumpstart the economy in the area. It would definitely put the town on the map. You can support this campaign by signing the petition here.

And if you’re wondering what happened to the petition to put up a statue of Ewan McGregor as Obi-Wan, they received a response from the councilmen. They did not have the high ground.