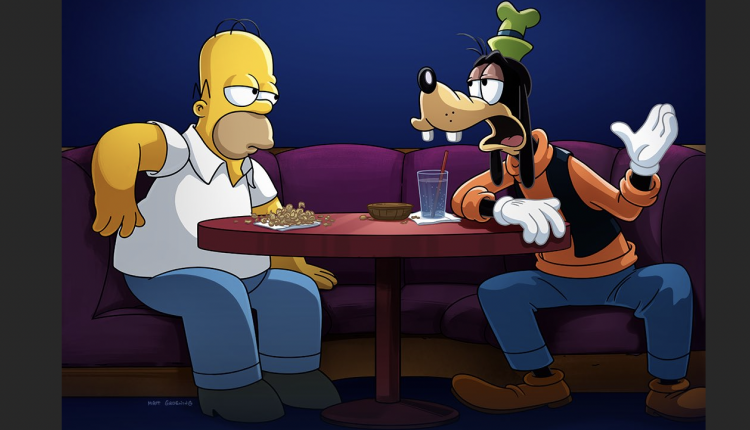 When we heard that Disney acquired Fox and that “The Simpsons” would be available to stream from day one on the platform, we were pretty excited. Even though Disney+ had some pretty exciting launch titles, my family gravitated to Springfield first. It has everything! Well, minus that Michael Jackson episode anyway. But we were happy to be able to stream it and not have to dust off the old DVD collections.

Disney+ Day will have a very special feature with our favorite family from Springfield. “The Simpsons in Plusaversary!” is a new short where “The Simpsons” host a Disney+ Day party. Everyone is on the list… except Homer. With friends from across the service and music fit for a Disney princess, Plusaversary is Springfield’s event of the year.

“The Simpsons in Plusaversary” is the third in a series of Disney+ shorts from “The Simpsons” that highlight the service’s marquee brands and titles. The previously released Star Wars and Marvel-themed shorts “Maggie Simpson in ‘The Force Awakens from Its Nap’” and “The Good, The Bart, and The Loki” are currently available on Disney+. All of these and more can be found in “The Simpsons” collection on the streaming service.

The new short will premiere November 12th exclusively on Disney+.