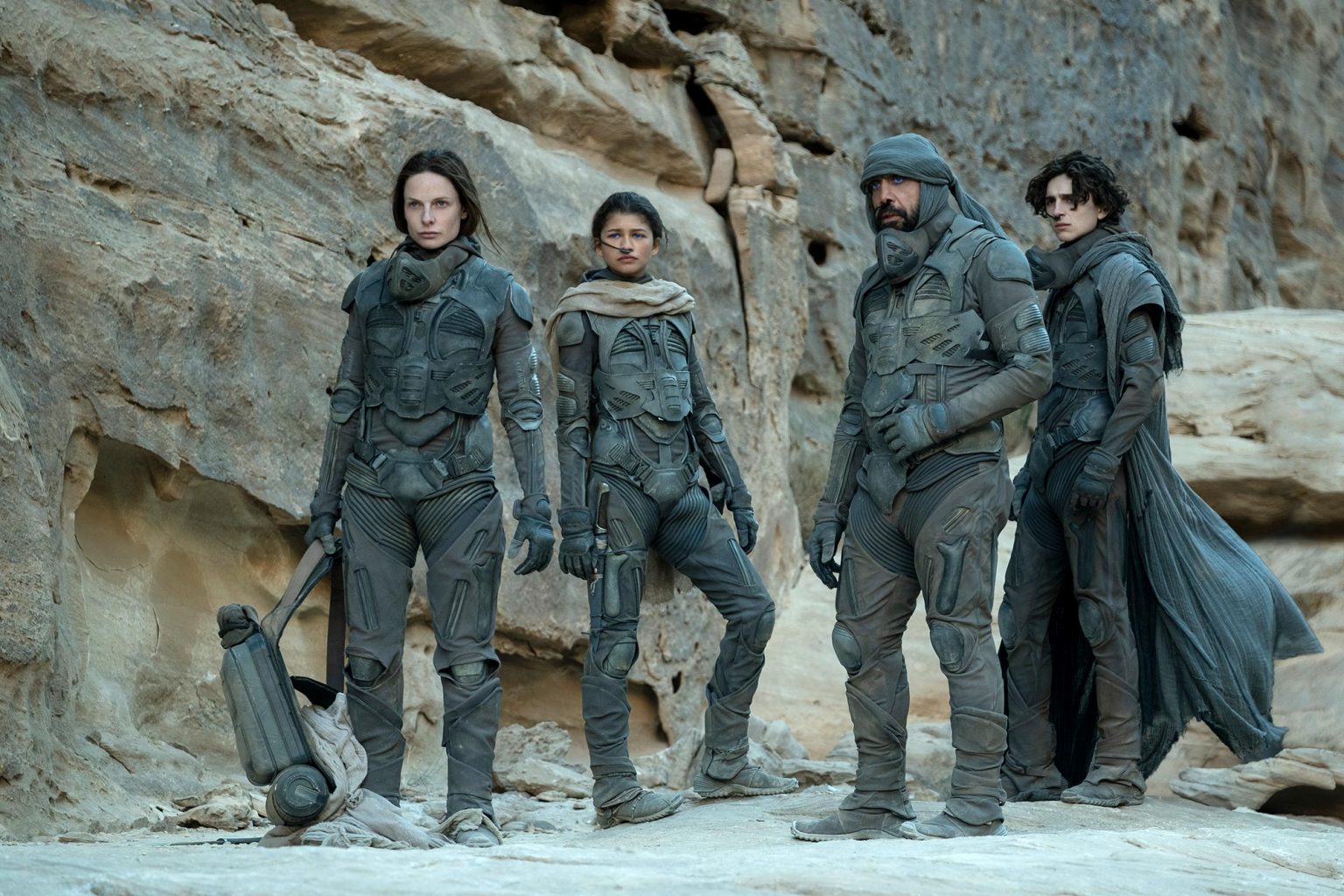 Today, it is the legend. “Dune Part One,” Denis Villeneuve‘s retelling of Frank Herbert‘s seminal work, finally hits US theaters and HBO Max. It’s been a very long journey for this production, and we’re so glad it’s finally releasing.

Part of the recent chatter about the 2hour35minute long film has been focused on whether or not Warner Bros. Pictures would greenlight the second half. We’ve known for years the plan had been to split the first “Dune” novel into two parts, so this isn’t really a big surprise. This flick had been delayed by over a full year due to the pandemic (and possibly other factors). Buzz remained high, but arguments about allowing a streaming service release were…loud.

Villeneuve has been ever optimistic that his vision, his passion project, would connect with fellow Fedaykin- true believers. He’s been vocal about audiences NEEDING to see this film in a real theater to show WB a sequel was warranted. Box office numbers across Europe haven’t been as high as producers would like, but they haven’t exactly been low, either.

WarnerMedia Studios and Networks Chair and CEO Ann Sarnoff commented on the likelihood of a “Dune Part Two.” She first told Variety, who were invited to the WB lot, a bit about how the studio feels at this point.

“The story in itself sets up for a sequel. The production is so amazing and the storytelling is so compelling that it’s not going to be judged on box office alone,” she said. “We’re not doing our ultimates in green lights the way we used to. You have to kind of consider the circumstance that we’re in now, and project to a more normal circumstance.”

Then this morning, a new quote from the company’s recent quarterly earnings report surfaced:

“Will we have a sequel to Dune? If you watch the movie you see how it ends. I think you pretty much know the answer to that,” Sarnoff said.

So here’s hoping. “Dune” releases in theaters and HBO Max today, October 21st, 2021. Please, see it in a theater if you can, it really makes for an incredible experience. You can read our spoiler-free review here.