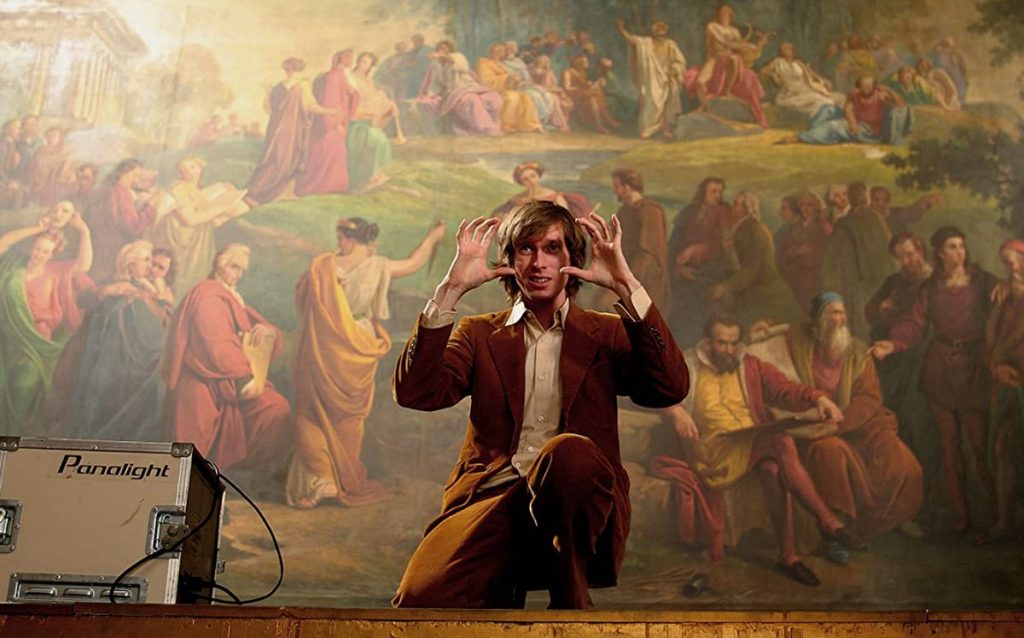 If Wes Anderson ever decides to retire from making movies, he has a second career as a train car designer waiting for him. The fashionable filmmaker has partnered with Belmond to bring his signature style to the Cygnus carriage.

The Cygnus was built in the 1950s and is a movie star in its own right. It was featured in 1972’s “Agatha,” a thriller fictionalizing Agatha Christie’s 11-day disappearance.

If you’ve ever watched any of Anderson’s films you’ll know the man loves a compartment. Heck he even set “The Darjeeling Limited” on a train.

A Private Coupe will get you seating for up to 4 guests.

Oh did we mention you have to live in England? And that it’ll cost you a pretty pound to ride in the car? A Champagne Afternoon Tea with the Wes Anderson experience is currently £420 per adult. The Pullman Coupe runs you a whopping £900 per adult – but did we mention UNIQUE CROCKERY AND GLASSWARE!

If you want to go for an extra cinematic experience you can book a Murder Mystery Lunch. It’ll take you on a 5 hour train ride and there are apparently prizes for the best detectives. A potentially beautiful union of a Christie plot in an Anderson setting.

Alas no promises if any of Anderson’s frequent collaborators like Bill Murray, Owen Wilson, or Anjelica Houston will be conducting Wes Anderson train trips any time soon.

Next up we’d love to see a working submarine inspired by “The Life Aquatic with Steve Zissou”. Until then we’ll have to settle for either a trip to England. Or more economically, a trip to the theater to see Andreson’s upcoming film “The French Dispatch” out on October 22, 2021.