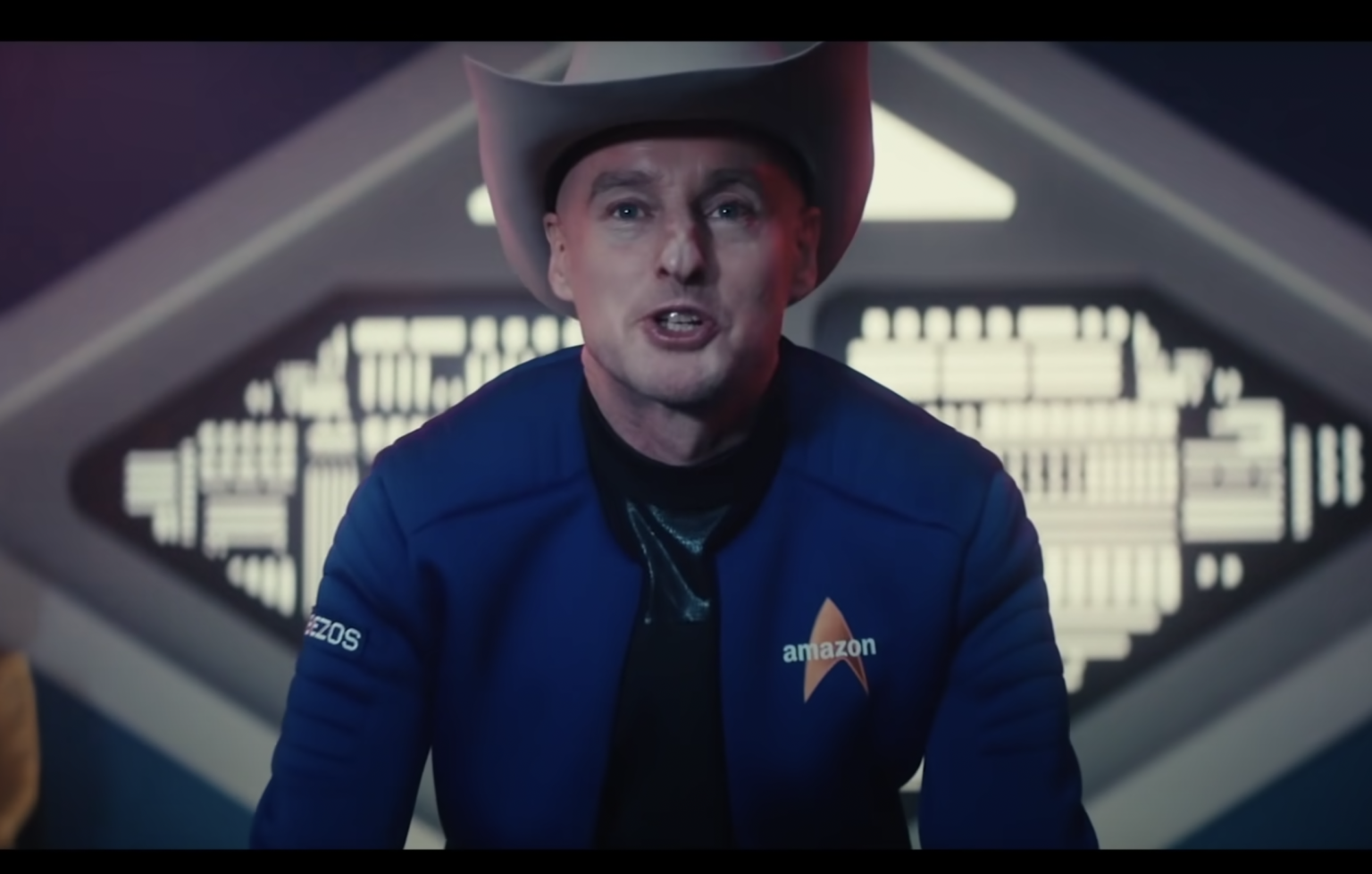 “Saturday Night Live” returned this weekend for season 47 on NBC. Just…just take a minute to process that number. 47 seasons of Lorne Michaels‘ sketch comedy show that has launched a thousand careers and continues to endure.

We wanted to take a minute and highlight one of the sketches from the Owen Wilson-hosted episode. Billionaire “Star Trek” takes shots at Jeff Bezos, Richard Branson, and Elon Musk in a pretty perfect headcanon way.

Wilson is Bezos, in his ten-gallon cowboy hat, jaunting around space in his pretty phallic starship. It’s certainly worth a watch for the giggles you’ll get.

“Saturday Night Live” airs on Saturdays on NBC. You can watch pretty much all (minus some musical guest performances) on NBC’s streaming app, Peacock.