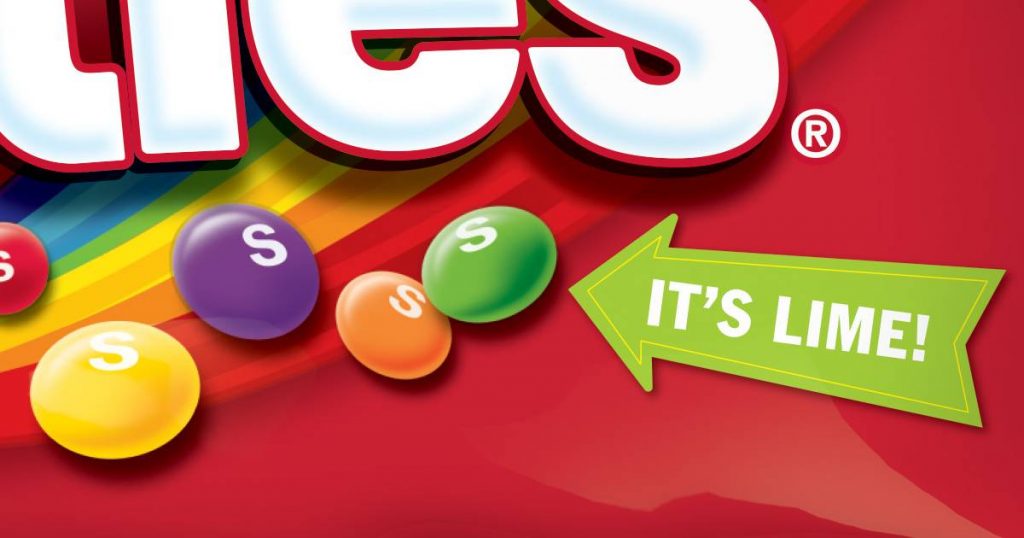 When candy brands replace something we love things never usually go well. For me personally it was when Jolly Rancher removed my beloved lemon. They’ve since brought them back but it’s too little too late. As for Skittles though, they’ve waited over ten years to bring back our beloved lime. But even after all that time I find myself excited to get to enjoy the a classic bag of original flavors. Skittles has announced that its infamous Lime Flavor is returning to the rainbow permanently  in Skittles Original packs.

Since first introducing the Five Fruity Flavors in 1979, Lime was the staple green Skittles flavor until it was replaced with Green Apple in 2013, which broke the hearts of Lime fans everywhere. Since then, there has been a lively debate about which flavor reigns supreme, with the majority of fans vocal about their desire for Lime to return to the rainbow. In fact, there has been over 130,000 mentions from fans on social talking about Skittles Lime. Now, the Skittles brand is answering fans’ pleas by permanently bringing back Lime and returning Skittles Original packs to their full glory.

Candy fans will start to see Original packs with Lime infiltrating shelves in October this year. National rollout will happen over the next few months. Original and Sour packs will now contain: Orange, Lemon, Strawberry, Grape and Lime.

Not sure what they intend to do with Green Apple but if you’re a fan of the flavor you should probably buy some packs out now. It’s safe to eat for the next 2-3 years so until they let us know what they’ll do with them in the future you can tie yourself over with those.

For more SKITTLES news and to hear what else the brand has planned to celebrate the return of Lime, visit @SKITTLES on Twitter, Instagram and Facebook or use #TasteTheRainbow to join in on the conversation.