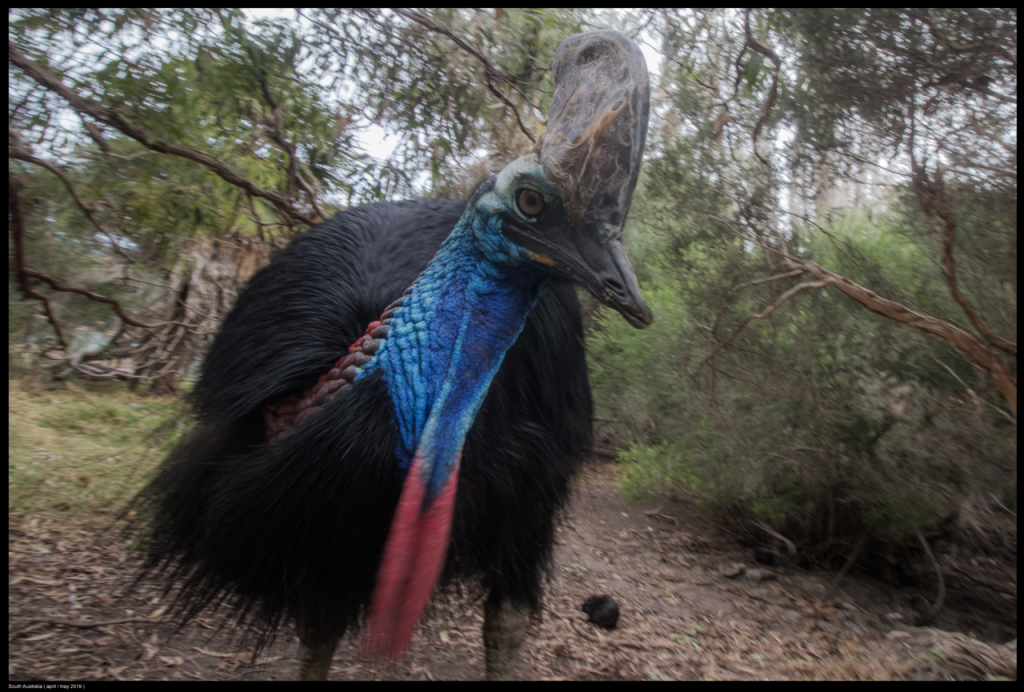 Chickens Not First Domesticated Bird According to Carbon Dating

The chicken may actually NOT be the first domesticated bird. The common barnyard fowl were only domesticated about 8,000 years ago, and are about 10,000 years off from this new finding.

By using carbon dating egg shells found in caves Pleistocene humans lived in, scientists were able to trace back from 18,000 to 6,000 years old. These egg shells did not belong to the type of bird you would think of domesticating either. They belonged to the aggressive and dangerous cassowary, which are similar to emus. They can be up to 6ft tall, and weigh up to 130lbs.

“This behavior that we are seeing is coming thousands of years before domestication of the chicken,” said Kristina Douglass, assistant professor of anthropology and African studies, Penn State. “And this is not some small fowl, it is a huge, ornery, flightless bird that can eviscerate you. Most likely the dwarf variety that weighs 20 kilos (44 pounds).”

Cassowary chicks are known to be some of the easiest chicks to imprint on. They will bond with the first thing they see, so it’s likely they could have raised them to adulthood. Either that or they were making delicacies with the chick embryos which are common among where these eggs were found.

“What we found was that a large majority of the eggshells were harvested during late stages,” said Douglass. “The eggshells look very late; the pattern is not random. They were either into eating baluts or they are hatching chicks.”

A balut is commonly eaten as a type of street food in parts of Asia. Experts think that this could have been the case since they did not find any sort of pen for the animal. But again since they are so easily imprinted, it’s likely that if their master were to move about they would follow.

Cassowary birds are more commonly associated with a velociraptor for how dangerous they are. In 2019 one killed its master after he fell. Apparently by accident.