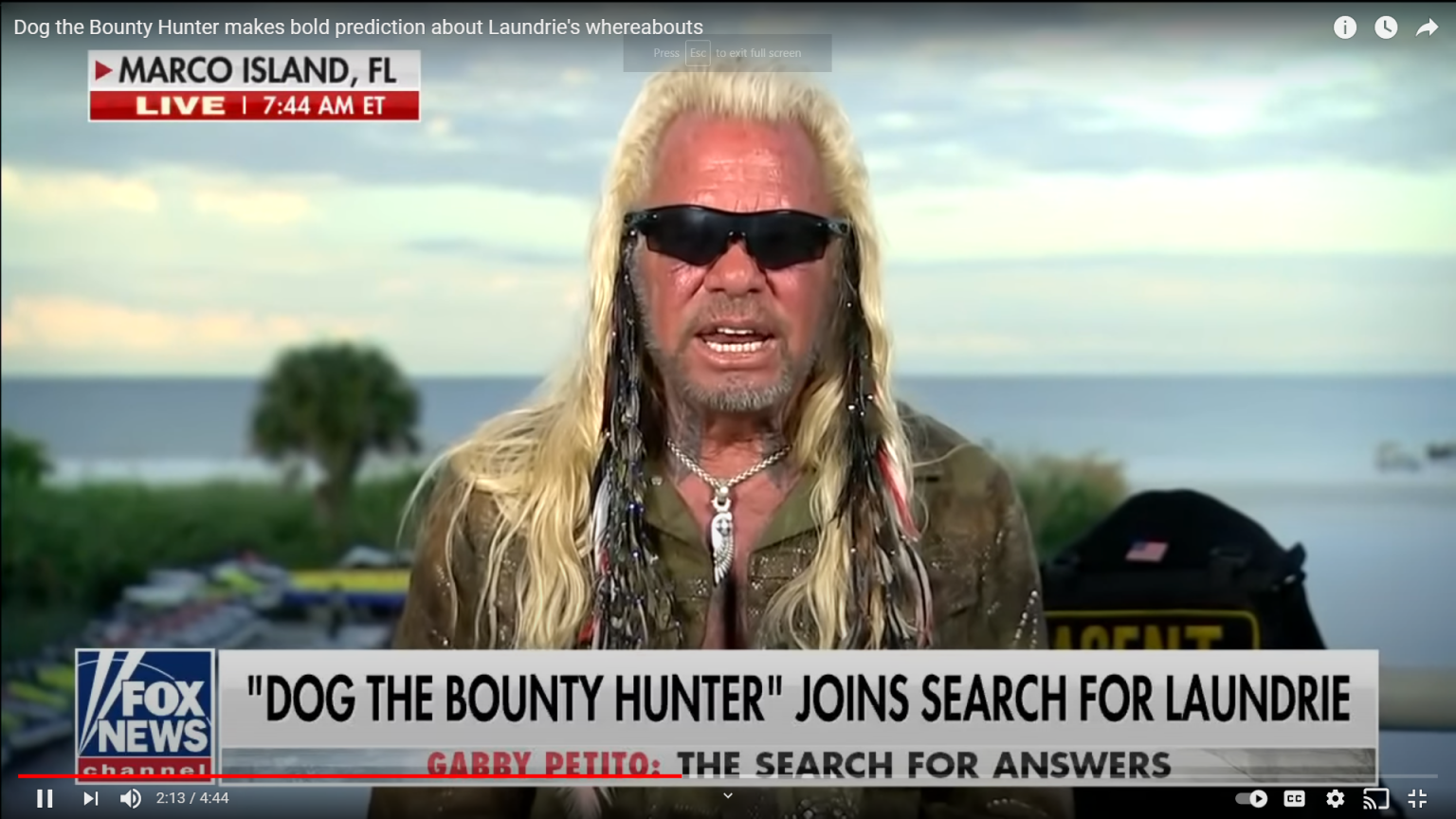 Duane Chapman, aka Dog the Bounty Hunter, is offering his services to help find Brian Laundrie, Gabby Petito‘s ex-boyfriend and a person of interest in her death.

Chapman has visited the Laundrie’s personal residence, but no one was home. He says that he’s getting leads “every ten minutes,” and he’s following multiple trails.

Laundrie has been missing since September 15th after telling his parents that he was going on a hiking trip. When he did not return, his parents called the authorities. He is a person of interest in the case of Petito, who’s body was found by the FBI on September 19th.

There is record of Laundrie and Petito fighting, and getting the authorities involved. There is a warrant out for his arrest for bank fraud (and using her debit card). This allows the FBI to continue searching for him until other possible charges related to her death can be confirmed.

If you have any information that could help find Brian Laundrie please call 1- 833-TELL-DOG.

Chapman is giving himself a six week deadline to find him and for the sake of Petito’s family and friends we hope he does. He currently thinks that Laundrie is camping out in the Appalachian Mountains since he is an outdoorsman and not holding up in a cheap motel. Watch the television interview he did just today down below.