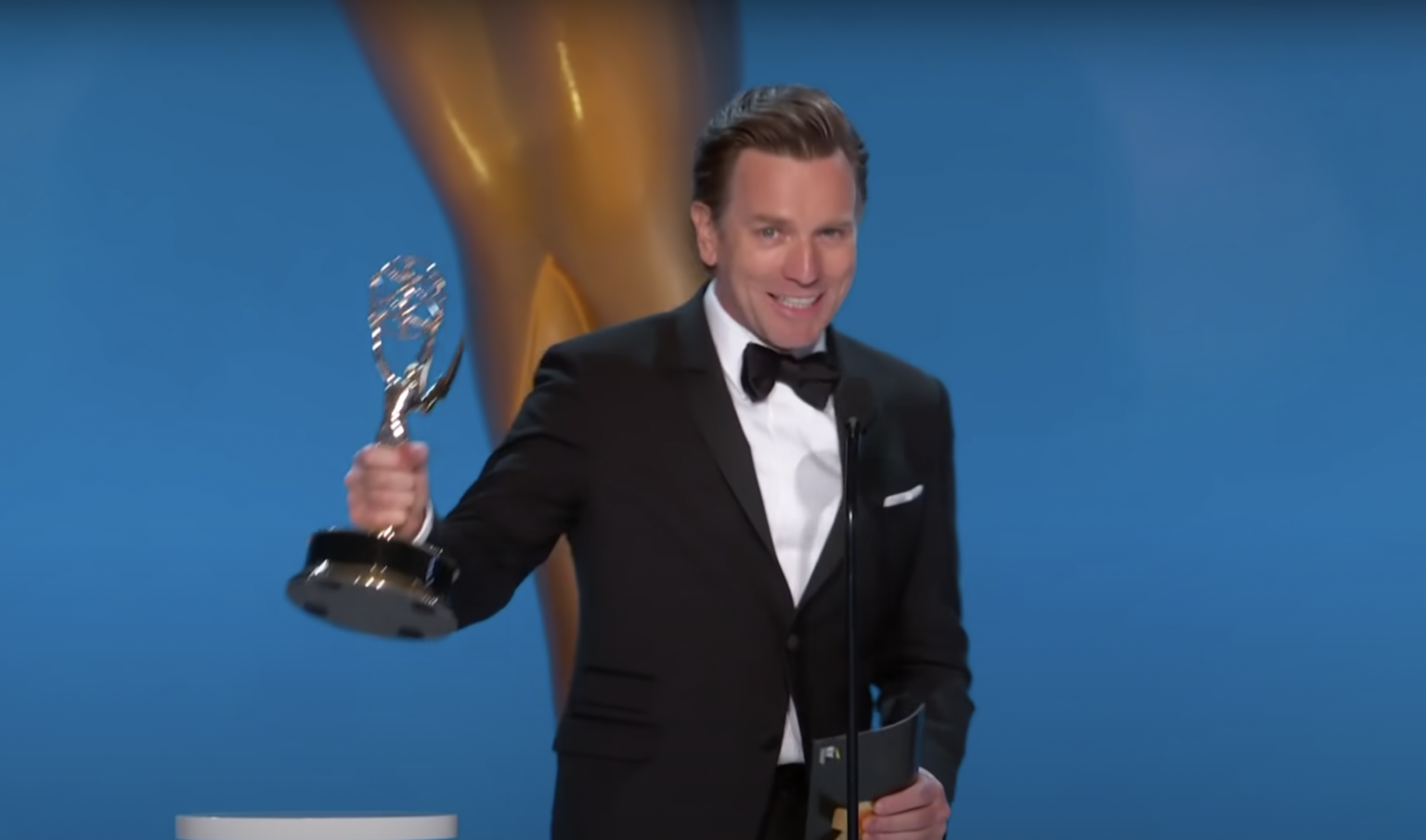 Last night during the 2021 Emmys, Ewan McGregor was honored with Outstanding Lead Actor in a Limited Series for Netflix’s “Halston.” Which he was fabulous in, by the way. Highly suggest binging it. But the surprising/exciting news came later.

If you’ll recall, the series was officially announced back in 2019. McGregor himself said that it was originally going to be a solo movie about the aged Jedi Knight. In December of 2020, Lucasfilm President Kathleen Kennedy officially confirmed the project as a television series for Disney+, the House of Mouse’s streaming service.

Anyhow, McGregor said of the series:

“We finished shooting our series, and it was really, really good fun — I really enjoyed working with Deborah Chow. I think it will not disappoint. I think it’s gonna be good. I had a really good time making it, and worked with some really wonderful people, lovely people. The new technology we employed doing it is cool, and it was a different experience than making the original three films that I did.”

We do know a fair bit about who we’ll be seeing in the series, but that’s kind of where our officially released intel ends.

Deborah Chow, who audiences will recall from her stellar work on “The Mandalorian,” is directing all episodes of “Kenobi.” Hossein Amini (“The Alienist,” “Drive“) wrote the series. Chow, Amini, and McGregor serve as Executive Producers, alongside Kathleen Kennedy, Tracey Seaward (“The Queen“) and John Swartz (“Rogue One: A Star Wars Story“). Jason McGatlin, Lucasfilm’s Executive Vice President Production, serves as co-producer.

We’ll let you know what we hear about a possible release date, and any other information we hear.