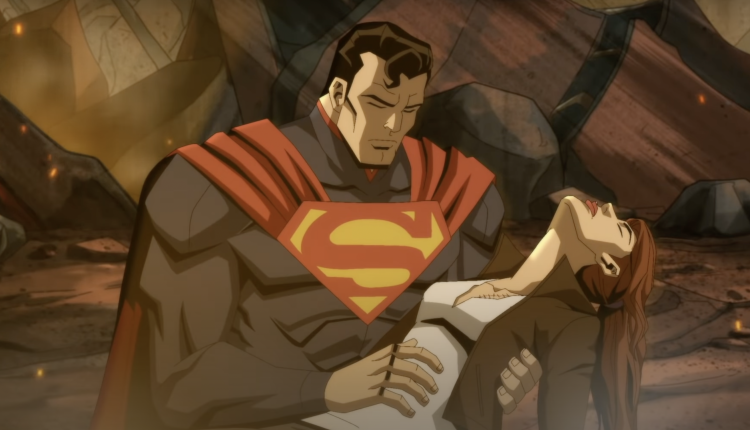 For any gamer, “Injustice: Gods Among Us” stands out as one of the best fighting games to date, as well as one of the most compelling DC narratives in recent memory. The story told in the game is dark and twisted, exploring what would happen if Superman were to descend into madness and shed his do-gooder demeanor and become an unstoppable menace. A trailer for the film dropped on September 8th, and looks to be another intense take on the “Injustice” concept.

You can pre-order the animated film on Amazon here.

If you’re unfamiliar with the storyline, it follows the Joker executing his master plan that includes tricking Superman into accidentally killing Lois Lane and his unborn child as well as destroying Metropolis with a nuclear bomb. Losing everything he loves, Superman becomes a tyrant, vowing to never let anyone destroy anything under his watch no matter how many people he has to kill to keep that promise. This pits Superman against both the Justice League and their villain counterparts, requiring everyone and everything to take Superman down and set things right.

There will be a sneak peek of the film during DC’s FanDome, scheduled to kick off in October.

If the animated film is even a fraction of the source material it’s based on, we’re in for a real treat. “Injustice” is easily one of the most unique takes on the DC universe, and DC tends to knock it out of the park with their animated projects.

Looks like I’ll need to brush off my “Injustice: Gods Among Us” game and get reacquainted with this fascinating story.

Who Let the Zebras Out? Not Congresswoman Eleanor Holmes Norton