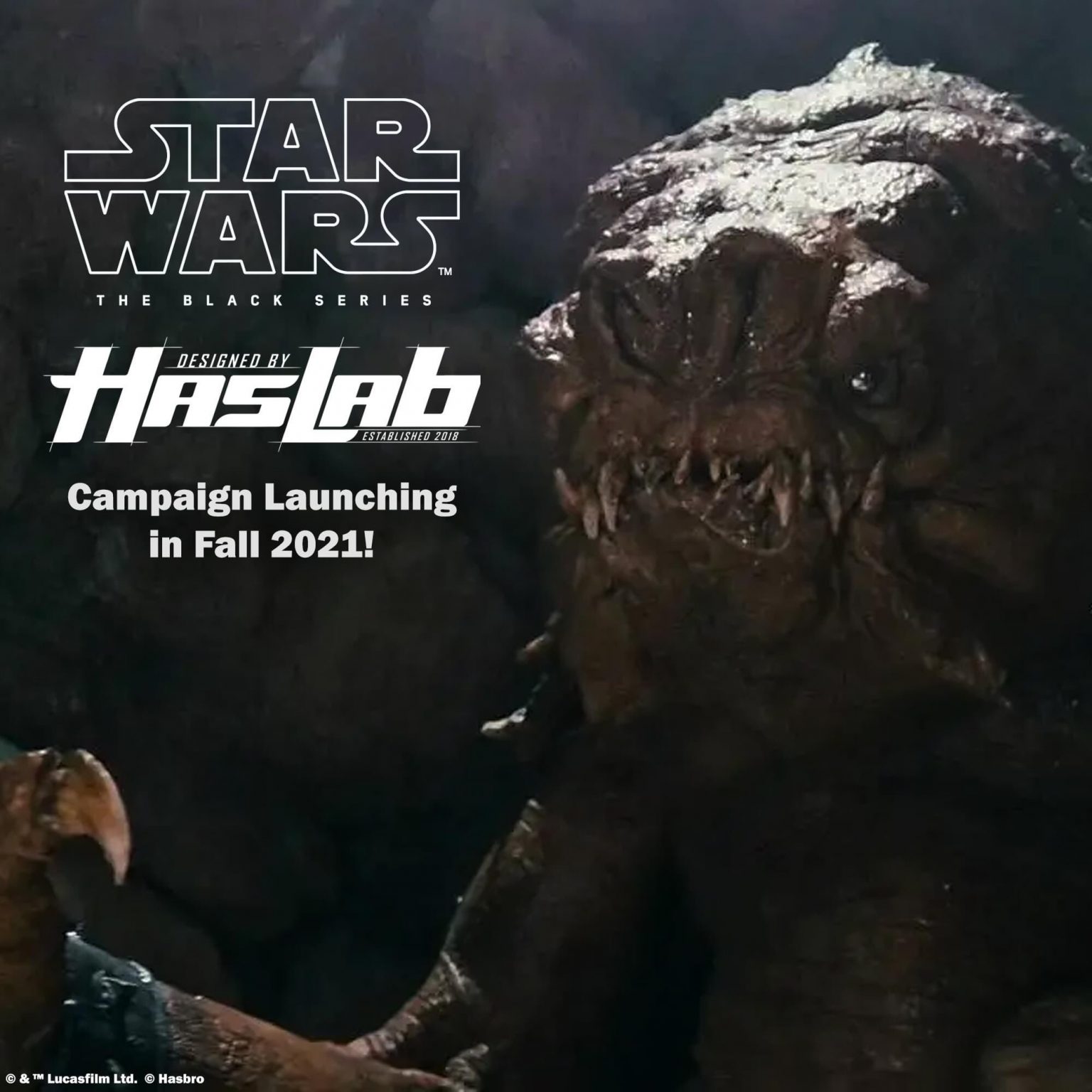 Star Wars Black Series is a popular ongoing series of high quality figures of some of the most iconic and memorable of the inimitable saga’s characters and creatures. Characters from the big hitting movie like Luke Skywalker and Darth Vader to fan-favorite expanded universe personalities like Grand Admiral Thrawn have appeared in figure form under Hasbro’s Black Series banner.

Now, one of the most demanded and most memorable creatures from the “Star Wars” universe, lurking in the pits below the palace of Jabba the Hutt, the unforgettable Rancor, is arriving in the Black Series, courtesy of Hasbro’s crowdfunding arm, Haslab.

While little is known about the exact size of the monster, it’s expected that the gruesome creature will be gigantic, at scale to tower over the other 6″ figures in the Black Series line.

The campaign for the Rancor monster has been officially announced, but has not yet begun, so there’s time to get in and await the pre-order for the massive beast before it goes live. You can sign up for updates for the figure here.

Judging by the awesome quality of the Black Series previous Jabba the Hutt entry, the Rancor will be a large and beautifully detailed figure. While no price has yet been announced, it’s fair to expect the beastie to go for a premium!