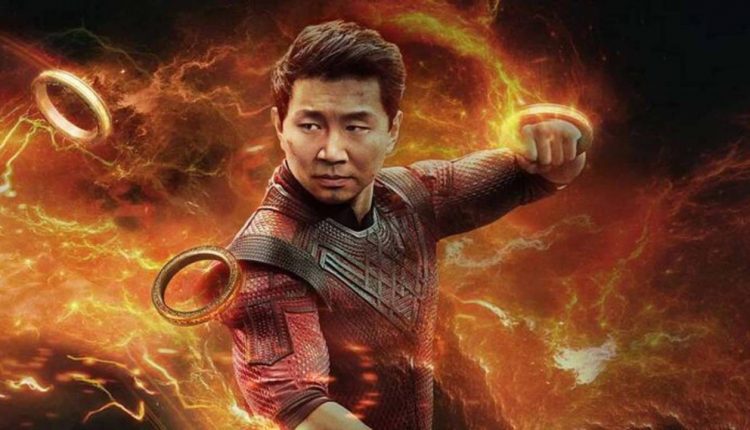 Disney seems to have their hands full with controversy lately. Most of which is coming from their Marvel Studios stars. With the very public lawsuit and back and forth with Scarlett Johansson over the release model of “Black Widow“, “Shang-Chi” star Simu Liu took to Twitter to share his thoughts on what he took as a slight against not just himself and film, but the all-Asian cast that comprise much of the film.

Most headlines and news outlets seem to have missed the complicated nature of both the statement and Liu’s reaction, failing to capture the context in which the original statement was made and how the reaction, though partly justified, is more than likely misinterpreted.

To paint a fuller picture of what has actually transpired, let’s first look at the statement made by CEO Bob Chapek on Disney’s most recent earnings call. Speaking in regards to the new 45 day release model (which we discussed here) Chapek said:

Chapek was speaking specifically in regards to the departure of the Disney+ Premiere Access model that all of their major releases this year have had, including “Raya and The Last Dragon,” “Cruella,” “Black Widow,” and “Jungle Cruise.” Chapek continued to discuss the 45 day release model will provide the studio with an opportunity to test both the film’s box office and streaming performance under a theatrical window that is shorter than the 90-day period Hollywood operated under prior to the pandemic.

Now given the full scope of the statement, it seems more like a long, boring discussion about profits, deadlines, and release schedule models and how that will effect everything in the future. Furthermore, it seems to indicate how Disney plans to handle these constant changes in the wake of the ever changing pandemic, with “Shang-Chi” being the first of its kind release-wise, making it kind of an experiment.

“Shang-Chi” star Simu Liu seemed to take this all to mean a very different thing, taking it an as insult to the Asian community, actors and filmmakers who comprise the film. With the rise of Asian hate crimes as well as the continued battle for representation in all media, Liu’s frustrations are not unwarranted. However, the target of those frustrations that have played out over Twitter seems to be targeted at the wrong entity.

Liu responded to Chapek’s comments a tweet that said: “We are not an experiment. We are the underdog; the underestimated.” He ended the tweet saying he was “fired the fuck up to make history” and his fervor, though valid, seems a bit of an overreaction to the wrong thing.

Outlets have continued to perpetuate a kind of David vs Goliath narrative that simply doesn’t apply here, which is adding fuel to a fire that is more or less an ember if anything at all. I’m not here to say that Disney is above reproach; they have a longstanding history of some shady business practices and equality for marginalized groups, and Simu Liu isn’t the first and won’t be the last actor to have words with the media giant.

But here, Chapek was speaking directly in regards to the release model, and by all accounts would have said this about any film in this slot regardless of its cast. It just so happens that “Shang-Chi” is next up on the Disney and Marvel Studios’ release schedule. Yes, it is unfortunate that the statements left themselves open to some kind of misinterpretation to imply that an Asian-lead film is the experiment, but that simply isn’t what’s happening here. Simu Liu has every right to be “fired the fuck up,” and he’s not wrong in defending his work as well as everyone out to make a statement with “Shang-Chi.”

My hope is that “Shang-Chi and the Legend of the Ten Rings” crushes at the box office, and has the same kind of cultural impact as “Black Panther,” gifting true Asian representation and celebration, continuing to provide audiences with more and more Asian lead projects. I’m advocate for diversity and I’m advocate for those that want to use their influence to bring much needed attention to “the underdogs; the underestimated.”

But here, it’s the release that’s the experiment, not “Shang-Chi” and the people that made it.

“Shang-Chi” is set to open exclusively in theaters on September 3rd, 2021.