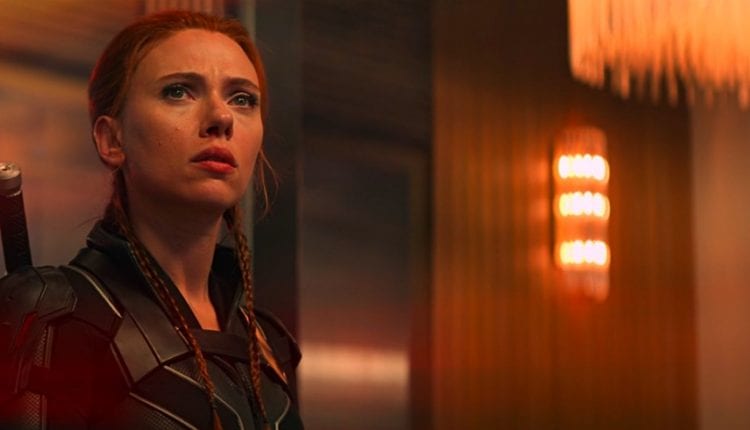 “Black Widow” Definitely Not Too Little, But Too Late [Review]

We can go round and round about whether or not the Marvel Studios release schedule in the face of a worldwide pandemic was handled correctly, namely waiting well over a year to release “Black Widow.” On one hand, wanting to make sure there would be a strong, summer box office turn out and seeing the pandemic to its (sort of) end is the smart, business savoy thing to do. On the other, delaying a film that already has its foregone conclusions written by previous films and the ability to overcharge subscribers who were stuck at home with nothing but rewatches to fill the Marvel void seems like a massive missed opportunity. Add to that the changed release order of their related tv series, and “Black Widow” had the odds stacked against it from the moment the final release date was set. Now that it’s arrived, the question isn’t whether or not Disney made the right decision to release it so late. The question is…is “Black Widow” a good movie and worth watching?

The answer is a bit more complicated than a simple yes or no. As much as I don’t want this to be all about when it was released and whether or not the delay played a factor in my enjoyment of the film, “Black Widow” being shelved for so long plays a major role in the film’s overall staying power. And we simply cannot talk about the film’s strengths and flaws without taking this into account.

But before we get into anything that may or may not hinder your movie watching experience, let me just say this: “Black Widow” is damn good fun. A worthy theater-going experience that knows its strengths despite its flaws, and doubles down on what makes movies (not just Marvel Studios ones either) so enjoyable to experience. At this point, Marvel could close their eyes and throw darts at a storyboard and crap something out that’s better than anyone could expect. That’s not what’s happening here, I’m simply pointing out that “Black Widow” is the result of well oiled machine and works in all the ways you’d expect even if it doesn’t always meet the standard expectations that very machine has set for us and itself.

Ok, so now that that’s all established let’s get down to the nitty gritty of “Black Widow.” I’m going to start with the films flaws so we can end on a high note. Luckily, it has more things to enjoy than not, so this section should be short. As mentioned before, the film suffers from being too little too late, plagued with the same things that affected “Captain Marvel.” It is simply misplaced in the MCU canon, and knowing that our heroine is already dead years after the events of the story being told diminishes the tension and makes pretty much everything that happens inconsequential. We already know what happens and don’t need a Natasha Romanoff prequel film even if we wanted a Nat solo outing.

The film is firmly planted amid a larger story that has already unfolded, and that makes really difficult to invest in. We know none of the villains exist outside of the film itself, and we know that our main protagonist survives anything that happens to her. Add to that a massive delay, and it’s hard to really stay invested in “Black Widow.” The hard truth is nothing that happens matters, and you’d be forgiven for not really wanting to go all in on the film because of this. It’s still Marvel, but that connection is actually its biggest weakness.

The film is a strong espionage thriller and family drama and a rather weak MCU entry for all the reasons mentioned above. There is a part of you that almost wants the film to shed its Marvel connection altogether and just be its own entity, no longer tied to a universe that has long since moved on from an established spy world. To that end, “Black Widow” is too little too late, a well made film out of place and out touch with the very world it’s supposed to inhabit.

There are some character choices that feel like wasted opportunities, particularly with the antagonists. Taskmaster is unfortunately a wasted premise, a marque villain for many that feels very under utilized here. I’m not even upset at the reimagining of the character and Taskmaster’s origins. I saw it coming a mile away and still wasn’t upset when it happened, however I was put off by how little they did with the character overall. There’s a LOT that could be done with someone who can mimic any fighting style, and “Black Widow” trades out a lot of possible hand to hand combat moments for big, large scale car chases and explosions. They’re fun and exciting and filmed very well, but there is a lot of wanting when it comes to all the things we would want to see from Taskmaster. For a film that already has small world consequences, you’re much better off making them have a much larger impact within the world they inhabit. They’re only here for a brief time, so give them as much to do as possible so we remember them when it’s over. This isn’t a spoiler, just a warning: you won’t remember Taskmaster.

All of that aside though? It IS straight-up popcorn-crunching fun. Its thrilling, emotional, funny, and an overall really well made film. I mean it when I say being connected to the MCU is the films biggest flaw, because everything else it does, it does to damn near perfection. “Black Widow” marks the first real family drama centric film for Marvel, and despite knowing the ending before the movie even begins, it does a solid job in getting you to care about most of our protagonists. The Romanoff family is the heart and soul, and the filmmakers do well to make sure that this is the catalyst for everything that happens. This makes the film able to stand on its own and gives viewers a lot to enjoy and invest in. It may not be important in the grand, universal scheme of things, but it’s sure as hell important to the characters, and making them so enduring and interesting allows the viewers to care about them as well.

While the film is titled “Black Widow,” it would seem that writer Eric Pearson and director Cate Shortland are acutely aware that Natasha (Scarlett Johansson) won’t be the one to carry the franchise or character into the future. Natasha becomes a supporting character in her own movie, and while this is usually a flaw in a lot of other films, Florence Pugh’s Yelena steps up to the plate and hits a home run. She too is aware that the franchise (if there is to be one) rests on her shoulders, and chews through scenery every single moment she’s onscreen. She’s not even just a scene stealer; Pugh hijacks the entire film with her biting wit and quips and magnetic charisma. From the moment she shows up, you instantly love her and root for her, sometimes over Natasha. THIS is how you overcome the objections of investment into a film with little consequences. Pugh demands that you care, and lights up the screen every. single. time. There is a wonderful, laugh out loud scene between Yelena and Natasha about pockets on a vest that not only drives the family/sibling aspect of the film home, but demonstrates just how charming and likable Pugh is.

Likewise, David Harbour as The Red Guardian is equally charming and scene stealing, clearly having a wonderful time in the role. He’s silly, aloof, and matches Pugh’s Yelena beat for beat. These two together literally become the heart and soul of “Black Widow,” and are perfectly cast and brilliantly acted. You can see both of these characters existing in future films, and while this is most certainly purposeful from a franchise standpoint, it is nonetheless fun to watch. It’s one thing to introduce new characters to carry the mantle. It’s quite another to have those very characters do so well you’re actually looking forward to their possible future appearances. Pugh and Harbour are the absolute crux of “Black Widow,” with Johansson serving as more of a bridge for these characters rather than a furthering of her own. The cold hard facts is that Natasha has a hard expiration date, Yelena and Red Guardian are just getting started.

“Black Widow” has a lot of flaws, and most certainly suffers from its thrice-delayed release. I genuinely enjoyed myself, and as an avid movie goer excited to be back in the theaters, this was worth the experience. There’s a lot to like here, but there is also a lot that puts you off and it doesn’t quite make good on many of the expectations laid upon it, fair or unfair. I personally think this film should’ve come out last year with premiere access and many people who can’t overlook some of the its flaws probably could have then. But it didn’t, so those missteps are bit more glaring and you have to take the bad with the good. My point is, I understand if you didn’t care for it. I understand if you were let down by it. I understand if you left feeling underwhelmed and disappointed. Every single one of those feelings and criticisms of the film are valid and an argument can be made for all of them.

For me, the good outweighed many of those things. The performances alone were enough to get me to overlook some of these glaring issues, with the spy thriller and family drama aspects being executed so expertly that I simply detached its Marvel connections and enjoyed it even more. Is “Black Widow” a great film? No. Is it a good film? Sure, I’d say it is. Is it a fun, popcorn action thriller that can simply be enjoyed for what it is? Absofreakinglutely.

Now if you’ll excuse me, I’m off to buy a vest with pockets.

“Black Widow” is currently in theaters nation-wide, as well as on Disney+ with Premiere Access.