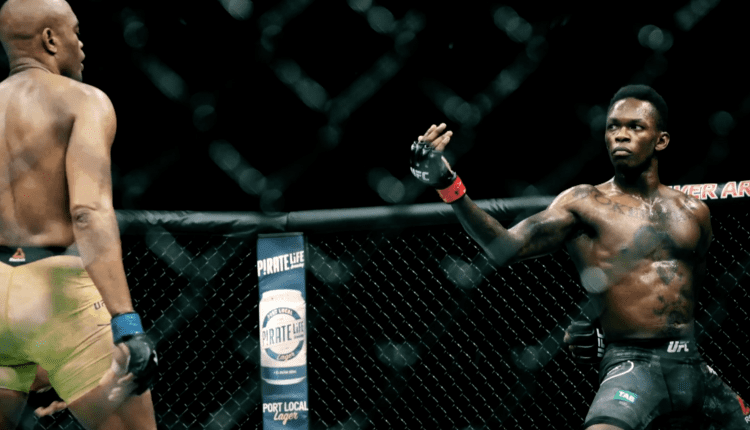 UFC 263 Makes Up for Mayweather Jr. vs Paul Insult

For those casual combat sports fans, Floyd Mayweather Jr. vs Logan Paul consumed our Saturday evening media whether we were in to boxing or not. An exhibition fight that carried much more promotion than actual fighting is always a draw which is why it keeps happening and will continue to happen as long as the paydays are astronomical, which they are. For more hardcore combat sports fans, the Paul Brothers are an insult to the sports world, jumping the line and cashing in on huge paydays without putting in any of the grinding work. Luckily, there is a lot more to be enjoyed by fans, and UFC 263 this Saturday is a fight card packed with incredible rivalries, high level combat athleticism, and two rematches with titles on the line. If you’re looking for something thrilling to get into this weekend while you wait around for the next “Loki” episode, might I suggest tuning in to UFC 263 this weekend, a card worthy of the money this time around.

Yes, I am a nerd who can love both sports and nerd shit and never once feel like neither need to exist independently of each other. I enjoy a good superhero flick as much as I enjoy a good fight, and I am equally passionate about both. I’m not entirely sure a rundown of UFC 263 is in line with my more cohesive library of film and television reviews, but I’m always looking to diversify my skills and create as much unique content as possible even if it means dipping into the jock world from time to time. I have been a combat sports fan for quite some time, dare I say MMA is my favorite sport. So naturally I would want to express how I feel about fight cards and matchup, and UFC 263 feels like an apology to fight fans after suffering through a clear cash grab and not really a fight. This Pay Per View event is worth the price of the admission, with two title rematches and an absolutely stacked contender main and prelim card. For the sake of time I won’t go through every single fight and will keep it the main card and only pick one of the many prelim matches I’m most excited for. IIIIIIIIIIITTTTTTTTTTT’S…..TIIIIIIIIMMMMMMEEEEEE!!!

As mentioned, both the Middleweight and the Flyweigtht championships are up for grabs on Saturday night. While the Middleweight bout between reigning champ Israel Adesanya vs Italy’s own Marvin Vetorri is a rematch out of necessity rather than a fight we actually want to run back, both fighters have done more than enough to drum up a stir of disdain and trash talk between them. Case in point: these guy’s don’t like each other at all, which always makes for an exciting rematch. The matchup is a testament to who has improved the most since their last fight, with most oddsmakers leaning heavily on Adesanya to easily take this one. Vetorri certainly has a wrestling pedigree that can cause some issues, but there just isn’t anyone with the sniper striking prowess of The Last Stylebender, and he’s only gotten more effective and more precise while also adding tremendous, knockout power that Vetorri simply isn’t ready for. For Vetorri’s sake, he is all but the exact same fighter he was when these two first squared off, demonstrating his reliance on lay and pray tactics to secure victory rather than expanding his strengths (as shown in his last fight with Kevin Holland). The key in this fight will be Adesanya’s takedown defense (something that has been somewhat of an achilles heel against bigger guys) and his superior striking ability. Vetorri may believe he has something special, but I just don’t see this fight going to split decision like it did last time. Look for some wild missed shots and some incredible accurate striking to be on display in this matchup.

The second rematch is one that I am actually most excited for. Devision Figureido vs Brandon Moreno 2 is easily one of the best rematches the UFC couldn’t wait to book. Their first fight was an incredible back and forth, a worthy candidate for fight of the year that resulted in a majority draw. Ya, it was THAT close. Every round showed something different from each fighter, with constant back and forth boxing to incredible grappling scrambles on the ground. For Moreno, he hurt his shoulder bad in the fourth round and seemed to not be able to use it at all during the fifth which slowed down his unorthodox striking and essentially evened out the score on the judges scorecards. Don’t expect that to happen again. Both men are more than set on making sure the judges have nothing to do with their match this time. Count on seeing a ton of back and forth action, some hard body shots, and maybe even a TKO. I’m not entirely sure who’s taking this one; my heart says Moreno but my mind says Figureido may actually get it done this time. To be fair, Figureido has the advantage as he can no longer overlook Moreno and is fully aware of his power now. That makes a big difference when you fight a guy for a second time, but one can argue that Moreno has the same advantage and won’t need to be as cautious. Regardless, this fight is going to be a barnburner, and if you want action, count on both of these fighters to deliver.

It’s as if the UFC KNEW Mayweather vs Paul was going to be a dud, so they purposefully filled UFC 263 with big draws and fighters who ALWAYS fight. That is the key reason Leon Edwards vs Nate Diaz is on this main card. No one brings the action quite like Diaz. Win or lose the guy is demands that you watch his fights. He never backs down from a punch, never stops talking shit, and is always ready to leave everything in the cage. The return of Diaz against a guy like Edwards sets the stage for a truly insane match up, one that will absolutely include tons of blood, flurries of fists and maybe even some submission attempts. Make no mistake, THIS is the kind of fight you pay for. Forget YouTubers taking your money for nothing. Guys like Nate Diaz know you shelled out money to watch this card, and goddammit he’s going to give you your monies worth every single time. Hell, we wouldn’t even need anymore fights on the main card. It could literally be these three fights and that would be worth the money spent on it. I can’t tell you what to expect from this fight, but I can tell you it will be worth it no matter what happens.

The last two match ups on the Main Card are intriguing ones. They may not be big PPV draws, but for any MMA fan, they definitely have potential to be exciting fights. Demian Maia vs Belal Muhammad is gonna be one of those fights that either continues the trend of being worth it or becomes a dud. It’s anyone’s guess, as both guys are high level veterans who have strung together impressive win streaks and are known for superior Ju-Jitsu. Maia is an ace on the ground, damn near unmatched, and Belal has solid hands and decent take down defense. There are so many ways this fight can go, good or bad, that the intrigue of what we end up getting is enough to tune in. Lastly, we have Paul Craig vs Jamahal Hill, a match tailor made for a violent end. Both of these guys love to stand and bang, so expect fireworks to kick off this main card. While they are both more than accomplished on the ground, I doubt it’ll ever get there. Craig vs Hill has the potential to set the tone for the entire night.

As an avid MMA fan, I do my best not to skip the prelims. It is almost always where the biggest surprises are, and skipping it altogether typically results in missing a fight of the night or knockout of the night candidate. There are a lot of fights to choose from here, and the prelims are stacked with up and coming fighters who are all very hungry and looking to crack the top 10 in rankings. There are some heavy, heavy hitters on this card, so even if you don’t recognize any of the names, it would be worth starting the day off with free fights first. I’m most excited to watch Chase Hooper vs Steven Peterson. Hooper is one of the youngest fighters on the roster, and is a prospect that is being eased into the scaling up of his competition. He looks like the most unthreatening, goofy afro white kid and yet he’s displayed toughness, perseverance and one hell of a submission game. I have my eyes on Hooper, and I really want to see what he can do as he continues to take on harder and harder challenges. He’s so skilled at such a young age that if he his brought through the rankings the right way, he very well may be a new generation of fighter.

So there you go, a stacked card from top to bottom that is absolutely worth the price of admission. If you’re feeling like your money was wasted this past weekend, I highly recommend investing those losses into UFC 263. The card feels very much like an apology to combat sports fans, and has the potential to be one of the best cards of the year so far.

Also, there won’t be a single Paul brother fighting so we’ll get a well deserved break from the circus.

Ways to Know Whether Your Boyfriend Is Cheating On You