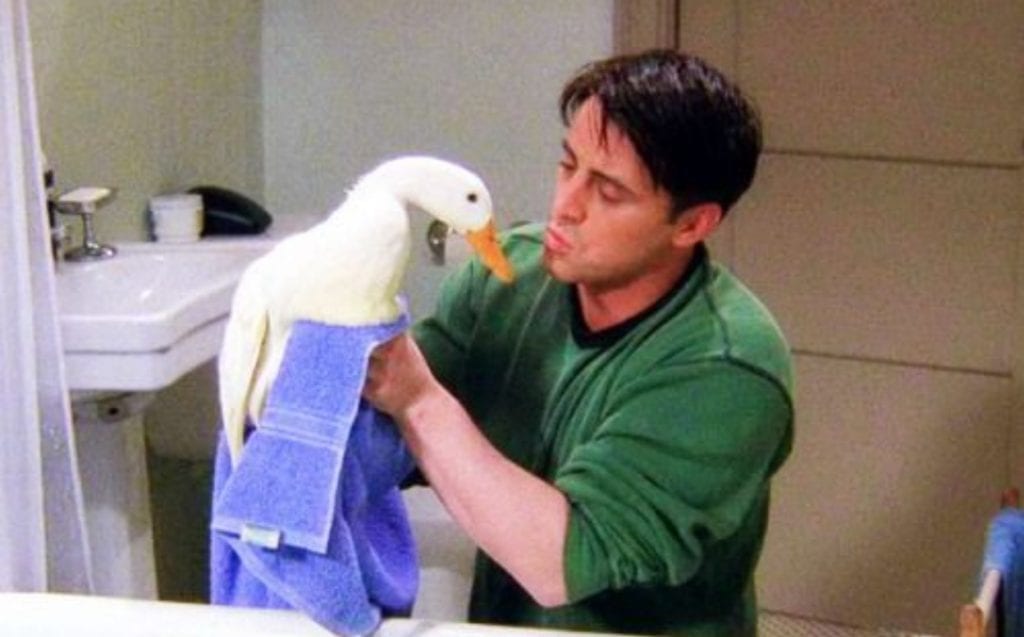 A man from Escalon, CA shot a firearm into the air to protect his pet duck. Mr. Wilson was charged with reckless endangerment Monday morning after firing off a round into the air. He did this to scare away a neighborhood dog who was attacking his duck.

While it may have been the quickest way to scare off the dog, neighbors were understandably upset because it was dangerous. When Mr. Wilson’s neighbor Alejandro Mancilla heard the shot, he called 911 immediately.

Escalon Police Department Sgt. Gustavo Flores said, “Mr. Wilson had fired the gun after he saw the dog jumping over the fence. He fired the gun to scare the dog.”

Unfortunately that wasn’t enough to stop the dog from attacking. The dog ended up biting and breaking one of the duck’s legs. The dog was taken to a local shelter, and then released back to its owners. Wilson was arrested.

The duck is going to be ok.

Local police say that if an animal attacks your pet, call authorities FIRST, and do not take matters into your own hands. Shooting a gun into the air is a very reckless thing to do, and the bullet could come down and hit someone. Luckily, they didn’t get any calls saying anyone had been hit.

Honestly though if an animal was trying to attack my cat, I would probably punch it in the face. Or find the nearest object next to me and chase after it. This guy was just trying to protect his little ducky. Albeit he did go about it the wrong way. We’re glad that the duck is going to be ok.