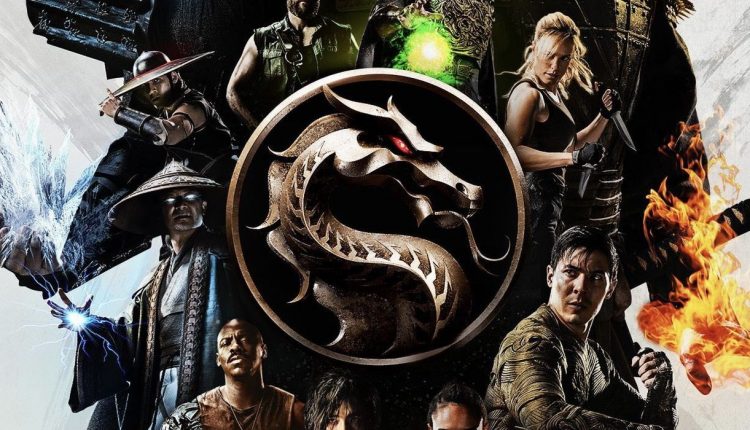 I want to be very clear up front: I wanted to love “Mortal Kombat” with every fiber of my being. The trailer sold me, the director breakdown of said trailer sold me, the casting, score, cinematography and promise of violence all filled me with hope that finally, Hollywood was going to get a video game adaption right. What we get in turn is a kind of good, pretty bad adaptation that delivers on solid action and violence but ultimately fails to be a competent movie due to what I can only assume was massive studio meddling.

“Mortal Kombat” suffers tremendously from trying to be something for everyone, desperately attempting to pack the film full of fan service while also trying to dumb it down by adding utterly nonsensical elements and entry points for the masses unfamiliar with the game. The end result is the worst case scenario for “Mortal Kombat.” At best, it could have been everything we hoped it could be, but on the opposite end it could have been a train wreck, which at the very least would’ve allowed us to come together in a unified commentary of mockery and laughter. The end result is neither of these, falling somewhere between pretty cool action and an uninteresting roster of characters to tell and an even more uninteresting narrative. “Mortal Kombat” is just ok, and that is the worst place on the spectrum that this film could land on.

Written by Greg Russo and Dave Callaham and directed by Simon McQuoid, “Mortal Kombat” loosely follows the story of washed up MMA Fighter Cole Young. Young has a dragon birthmark on his chest, and after an otherworldly assassin Sub-Zero attempts to kill him and his family, he soon learns that that birthmark is an invitation to fighting tournament called Mortal Kombat. Outworld has won 9 tournaments, and if they win another one they will be able to invade and take over earthrealm. With the help of Sonya Blade and Kano, they travel to Raiden’s temple where they meet Lui Kang and Kung Lao, champions who will help them train to become champions and defenders of their world. The odds are stacked against our heroes as Shang Sung and his warriors are set to make sure the champions of earth never succeed, and the fight for earth rests in the hands of our small band of would be heroes.

Let’s just start with what’s good about “Mortal Kombat.” For starters, the fatalities and fight sequences deliver as promised. McQuoid understands how to film hand to hand combat and how to highlight abilities and brutality, and it all comes through exactly as intended. There are some genuinely great moments filled with blood and guts that make you go “oooo!” we gruesome glee. The cinematography is great, with big sweeping land shots that create mythical deserts and dawn lit landscapes that do feel otherworldly as intended. There are also some great set pieces meant to recreate some of the more famous scenery from the game, and their recreations here are done really well. Lastly, Josh Lawson’s Kano is the real MVP here, shouldering pretty all of the character development and personality on his shoulders and carrying the entirety of the film’s charm and humor all by himself. He’s up to the challenge, as he truly is Kano in every iteration of his video game counterpart, and seems to be the only character in “Mortal Kombat” who “gets” it.

Sadly, that’s about it for the good, as everything else outside of that falls flat or fails to be compelling in any way, shape, or form. Without diving in too deep into the weeds of it all, there is no reason a film packed with well filmed and over the top violence like “Mortal Kombat” should be this boring. It honestly pains me to write that, but Russo and Callaham’s script is bland, predictable, and downright lazy. I don’t know if it was studio meddling or the writers not really understanding the Mortal Kombat lore or some weird combination of both, but the result is long list of bland, lifeless characters that exist only because they’re suppose to and not because they’re meant to. There is not a single recognizable name from the games that appear in “Mortal Kombat” sans Kano that has any character arc or defining quality, existing only to sputter out useless exposition that no one watching this movie ever needed or asked for. I don’t know why the hell Hollywood thinks a fighting tournament that fighters from earth have to fight in to save their reality isn’t a good enough premise to make a movie on, but someone somewhere thought it best to try and overstuff the story with silly lore, dumb characters, and even worse attempts to ground powers in some kind of reality.

It’s even more infuriating when you know that WB has a direct hand in the video game story arcs. It’s not like they own a property and don’t get involved so they don’t know why the games, especially the latter three that are packed with compelling stories are so successful. They literally help create them, so to swoop in and delete anything that could possibly make “Mortal Kombat” interesting is baffling. You literally have every single intriguing story arc at your disposal, but Cole Young is who you want to base the entire film franchise on? You have direct access to every single character on the MK roster, every arc and story and relationship and rivalry, and the best you can come up with is Shang Tsung wants to jump the gun and kill the fighters before the tournament…because? And Liu Kang is useless without Kung Lao? And Sonya isn’t allowed in the boys club because she doesn’t have the mark? and Mileena, you know, exists? And Sub Zero has ancient rivalry that sets up the whole film only to be basically abandoned because Cole Young is our entry point? But hey, Goro is here!!! It’s all just so disconnected and meaningless.

“Mortal Kombat” trades everything that makes the franchise interesting story wise for a few gruesome moments and additions that never matter. I don’t dislike Lewis Tan as an actor, but the entire Cole Young character as an entry point into a world we don’t need one for feels forced and unnecessary, and is never improved because absolutely no one in this movie matters or makes a case for why they should be here in the first place. This script is a mess, and it doesn’t do anyone in it any favors. It’s a major disservice to such a diverse and Asian heavy cast, something that “Mortal Kombat” should’ve taken pride in but instead settle for them being nothing more than guys cosplaying their favorite characters. It’s honestly insulting to fans how lazy the writing and storytelling is here. For every cool moment, there’s at least 10 that just simply don’t need to exist. The film spins its wheels stretching plot points no one asked for, taking away from anything that could possibly be entertaining and trading it in for what some studio exec THINKS the masses want.

The thing that his most frustrating about “Mortal Kombat” is that it should’ve been a home run. They only had to be better than their predecessors and give the people what they’ve been asking for 25 years. Instead, they barely make the case to beat the worst of the franchise, and do just enough to be a mildly enjoyable watch. For a movie that clearly wants to be the start of a franchise, being middle of the road is the absolute worst case scenario. The fatalities aren’t enough to make a good movie, and the movie isn’t good enough to leave anyone wanting more regardless of how much WB thinks we will when it all ends. This is compounded by its treatment of its characters played by otherwise competent actors, and essentially screws them out of their true potential to carry a surefire franchise forward.

It really hurts my soul to speak so ill of “Mortal Kombat.” I truly wanted to love it, and there are definitely things to be enjoyed in it. But it’s not good, and the things that bog it down cannot be ignored. Hell, the more I talk and write about it, the less I like it. The issues get more and more glaring and whatever fun I may have had watching a few clever nods to the games are all but forgotten in the bigger picture. This should have been an over the top violent romp through outworld. Instead, “Mortal Kombat” is a dull, lazy mess that doesn’t do enough to reach the potential we all know the adaption is capable of.

I’m sorry guys. But “Mortal Kombat” simply doesn’t do enough to test its might and is far from a flawless victory.

Vote for this LEGO Rammstein Touring Set for Idea Consideration!