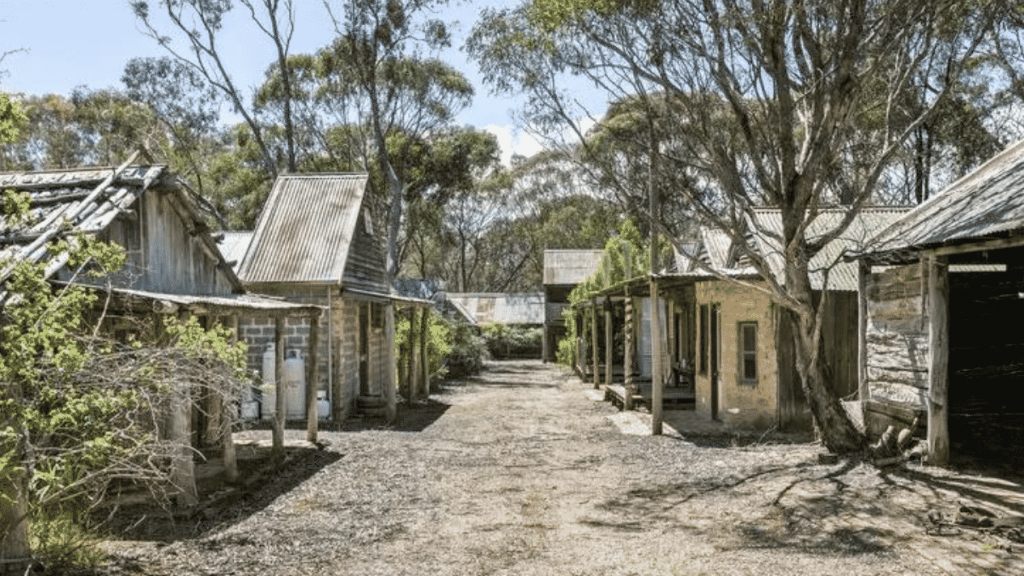 Gold Rush-Style Town with 40 Buildings is On The Market

There’s an entire town on the market in Australia. This town is one of those super cool abandoned looking old west towns that would be great for shooting movies in. Located just an hour out of Bendigo they are currently selling the town for $1.75 million. Which is about how much you can get a nice house in parts of California these days.

Which begs the question, do you want a nice California home with maybe three bedrooms and three baths? OR do you want a totally spooky town with 12 bedrooms, 9 baths and a general store that still has some of the tin goods on the shelf? I would opt for the latter because honestly you could make that money back by restoring a bit and setting up a tourism spot. Which was what the property was used for previously before the sellers decided to sell.

The place looks really cool too. The images included in the listing are something you would see in old films and you could easily rent this out as a filming area.

Carthew Real Estate director Edward Carthew said that it features some homes that are over 150 years old as well as replica buildings to fit the time period.

“Some buildings are originals that have been moved and reassembled from other parts of the region. One is actually an old jail that has come from around the district,” he said.