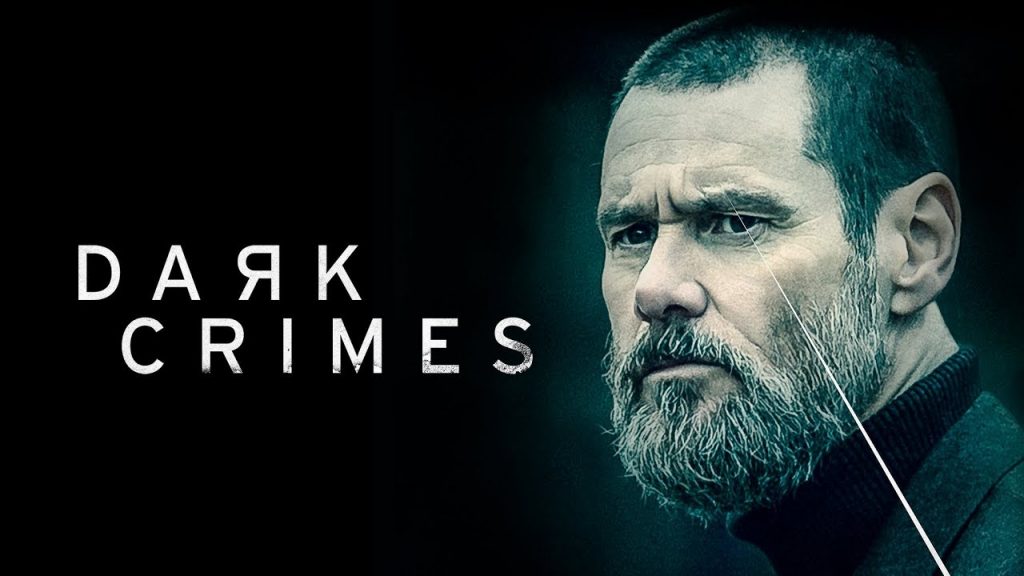 When it comes to poorly reviewed films, I’ve talked at length about too many narratives unfolding at once as being a common mistake among a majority of them. “Dark Crimes” has the opposite problem (kind of) in that I’m not even entirely sure it has a one single narrative to begin with. Most of the time I can piecemeal a plot together from fragments of whatever is unfolding, but I’m not entirely sure “Dark Crimes” even has a singular plot to summarize. A brooding, grotesquely sexualized crime drama, the film is plagued by an indecipherable script and gloomy asthetic, clinging to some sense of self importance without having anything to say in the first place.

Directed by Alexandros Aravanas, “Dark Crimes” is actually loosely based on a real events that are far more interesting that whatever the interpretation is here. Seriously, the true crime case involves a 3 year old cold case, a novel called “Amok” that details a grisly murder, and an astute detective who managed to link the novelist to the actual unsolved crime. While “Dark Crimes” tries to incorporate some of these elements, what it adds and subtracts feel amateur at best. What unfolds might not even qualify as an actual film, functioning more as a collection of indulgent scenes that linger a little too long and seldom feel connected to the scene before it or inform the scene after it.

For someone who is extremely selective about the projects he chooses, Jim Carrey opting to tackle an obsessed Polish detective in this extremely messy film seems so out of place for so many reasons. Carrey has made a habit of being outspoken and highly critical of the industry, so the idea that this was a favor to a director with almost 0 credits or a writer with some success seems like a long shot. Carrey isn’t even half bad at attempting a polish accent, but the script by Jeremy Brock does him absolutely no favors. As an example, I’m not even entirely sure Carrey is in fact a detective in “Dark Crimes.” It’s never really made entirely clear who or what he does, just that he’s obsessively investigating a guy on a hunch (???). I only call him a detective based on general assumption and foreknowledge of the crime the film is supposedly based on.

Brock’s script for “Dark Crimes” is shockingly bad, especially considering he penned “The Last King of Scotland” and “Brideshead Revisited.” He is more than capable of coherent works, which makes all the shortcomings of this one even more glaring. I typically pride myself in being able to extract a narrative from even the most convoluted films (I only had to watch “Tenet” once), but I legitimately can’t even begin to tell you what this film is about or what the script is trying to convey about anyone or anything. Everything is so brooding and glib and dull it’s hard to know what’s going on or why anyone is doing anything. I was asked several times while viewing it to try and explain what was happening, and I couldn’t string together one single sentence to makes sense of any of it.

The reframing of the true crime elements by Aravanas is not only strange and off putting, it’s downright pervasive in the worst of ways and frankly abusive to women across the board. It’s one thing to explore the nature of sex cults, it’s quite another to ONLY use it as a way to demonstrate the degradation and abuse of women without any real reason for it. “Dark Crimes” isn’t really about sex cults or sexual crimes, but Aravanas’ choice to use it as an entry point into a film that is already inaccessible makes even more unsettling. Look. I’m not even above the occasional gruesome aspects of crime/thriller horror film if you can clearly justify it’s existence. By contrast, something like “Hostel” comes to mind. I wouldn’t necessarily recommend it to anyone, and it is certainly not for the faint of heart, but it makes a legitimate case for existing, making its underlying themes clear enough to justify its grotesque violence and also giving us a protagonist to relate to and root for. “Dark Crimes” is void of any of these themes and characters, and that makes it disturbing and abusive without context or social commentary.

Bad films like “Dark Crimes” certainly show me things I never thought I would see, but you have imagine the film is so bad that Jim Carrey as a polish man with a polish accent and not a single emotion outside of a stoic stare and an O face (ya, that happens) is the LEAST of the films problems. By all accounts, it has the source material to be a solid crime drama entry. It is a fixable film, but the work required to do so would render it unrecognizable and thus cements its place on the worst of list.

Without a doubt, “Dark Crimes” earns its 0% on Rotten Tomatoes. It may be bad for different reasons than some of the other entries, but it a tough watch from start to finish. And that’s coming from someone who enjoys both crime dramas and the true crimes they’re often based on. “Dark Crimes” does neither justice, failing to capitalize on the more fascinating aspects of the real life events and fictionalized some of the worst aspects of the genre itself.

Honestly, if you want a better look at what “Dark Crimes” is about, check out the Casefile podcast episode on the actual crime here.

Trust me, you don’t want to add polish Jim Carrey to be a thing that can now haunt your nightmares. I already have to contend with Nicolas Cage’s fake nose from “Arsenal.”

The burden of “Dark Crimes” is too much bare for anyone. You’ve been warned.