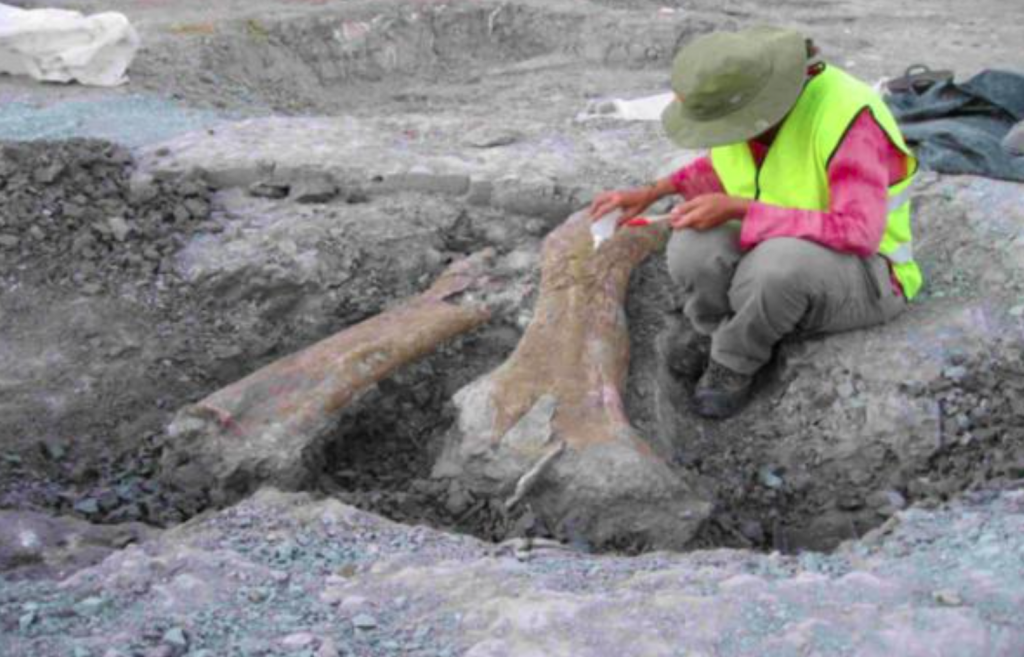 New Dinosaur Discovery Could be Largest Land Animal Yet

98 million year old remains have been in the process of being dug up for the last nine years. First discovered in 2012 in Neuquén Province of northwest Patagonia archeologists now have a better idea of exactly what they are unearthing. They believe it to be the biggest sauropod ever discovered.

“Given the measurements of the new skeleton, it looks likely that this is a contender for one of the largest, if not the largest, sauropods that have ever been found.”

Alejandro Otero, a paleontologist at La Plata Museum in Argentina says that due to where the remains are located it’s not an easy dig. They will likely have to return after the pandemic to get more of the skeleton out.

And when they have the complete picture they will be able to tell if it is a Titanosaur or an entirely new species. The one thing they do know from the dating of the bones is that it lived 98 million years ago and was alive during the Cretaceous period.