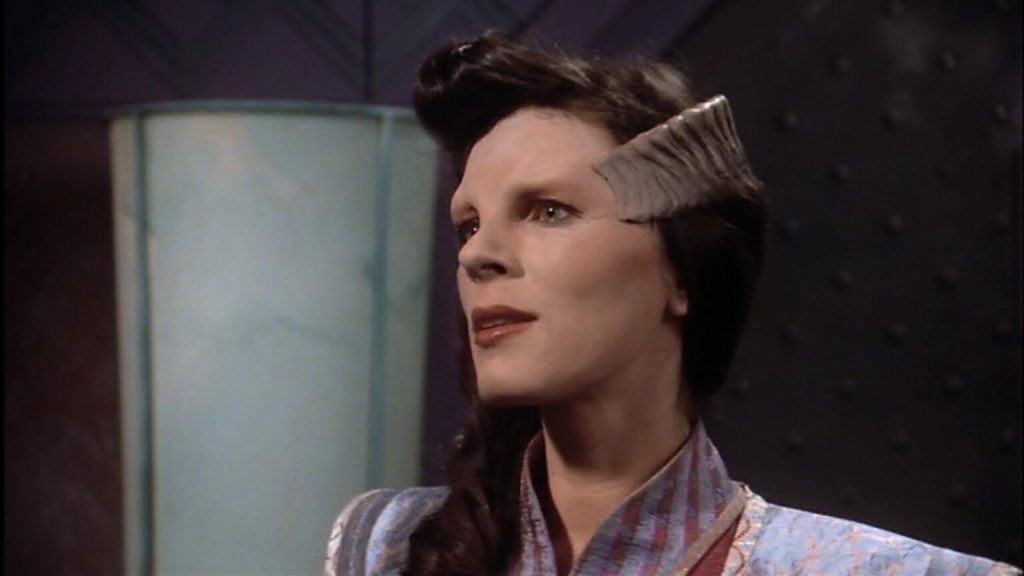 Mira Furlan, star of “Babylon 5” and “Lost” Has Passed Away

We are very sorry to share the news that “Babylon 5” star Mira Furlan as sadly passed away.

As if the cast of “Babylon 5” hasn’t had enough tragedy from losses amongst their ranks over the years. Sadly this evening, the series creator J. Michael Straczynski posted on his Facebook page that Furlan had passed on Wednesday, January 20th.

While not having much information on the cause, JMS posted a touching In Memorium:

When Mira Furlan came to audition for Babylon 5, her home country of Yugoslavia was in turmoil and shattering into two separate countries. During our first meeting, we spoke about her work and her life, and I learned that she had been part of a touring theater group that continued to cross borders of the disintegrating country despite receiving death threats from both sides in the civil war.

I expressed my admiration for her courage, but she shrugged and waved it off. “What’s the worst that could have happened? Yes, they could have killed me. So what? Art should have no borders.”

Very few people knew that side of Mira: the fiery, fearless side that fought ceaselessly for her art. She brought all of those traits to Delenn, and in turn I tried to write speeches for her that would allow her to comment on what was happening to her homeland without calling it out by name. I guess I must have done it correctly because one day during the Minbari Civil War arc, she appeared in my office door, a cup of tea in one hand, in full makeup but wearing a pull-over robe from wardrobe, and said, “So, how long did you live in Yugoslavia?”

Her husband, Goran, has always been the rock of her life. He was and is a gentleman, quick to laughter, an accomplished director and as much an artist as Mira, which made them the ideal couple. I’ve rarely seen two people so utterly meant for each other.

I remember the first time Mira appeared at a convention with me and some of the other cast. She didn’t quite understand what it was all about, but gamely did her part. When the audience question period came along, a fan held up his hand and said to Mira, whose Yugoslavian accent was much stronger in the beginning than it became with time, “Say ‘moose and squirrel.’”

She had no idea what this meant, but she said “Moose and Squirrel” and the room erupted in one of the longest sustained laughs I’ve ever seen at a convention. We explained it later, but really, all that mattered to her was that the audience had been happy.

We’ve known for some time now that Mira’s health was failing…I’m not sure that this is the right time or place to discuss the sheer randomness of what happened…and have all been dreading this day. We kept hoping that she would improve. In a group email sent to the cast a while back, I heard that she might be improving.

“He’s bringing her home, Joe,” Peter said, and I could hear the catch in his voice as he said it.

And as a family, we held our counsel, and began the long wait, which has now ended.

Mira was a good and kind woman, a stunningly talented performer, and a friend to everyone in the cast and crew of Babylon 5, and we are all devastated by the news. The cast members with whom she was especially close since the show’s end will need room to process this moment, so please be gentle if they are unresponsive for a time. We have been down this road too often, and it only gets harder.

If you are a fan of Mira’s work, fire up those special moments when she shook the heavens, and relive the art she brought to her work. For any actor, that is the best tribute possible: for the work to endure. As much as this is a time to grieve, it is also a time to celebrate her life and her courage.

All of our thoughts tonight will be on the memories she left behind, the dazzling light of her performances, the breadth of her talent, and the heart and love she shared with Goran, and with all of you.

On her official website, the front page was replaced by a quote of Mira’s and her final dates, with the image file simply titled, “MiraGoodBye”

While we report the news, we also feel the loss as being fans of Mira’s for nearly 30 years. In more recent years, having the pleasure of seeing her and the rest of her castmates together for various of her series, and especially B5, it was always a joy. Seeing casts who have become a family and ever growing closer as the years take them further from the time they were to working together is always a wonderful experience. Our deepest condolences go out to the cast, crew, friends, and family of Mira’s.

Take a moment to break out one of your old episodes – if you’re a “Babylon 5” fan, may I recommend A Voice In The Wilderness parts 1 and (S1E18 & 19), and if a “Lost” fan, Enter 77 (S3E11). Both series are available on Amazon Prime, though Lost can be watched free with commercials and B5 is a rental. I am intentionally not linking to those here as we do not wish any revshare from such a loss. A quick google search will find them readily enough.