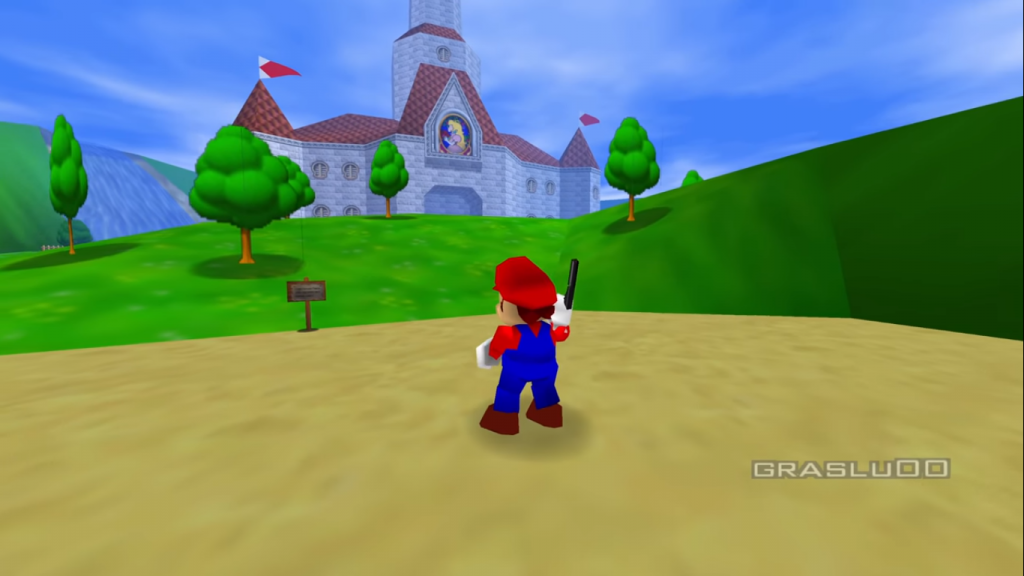 He has spent years curb-stomping goombas and searching various castles for Princess Peach. And for what? For a strange mushroom child to keep telling him his princess is in another castle. Well, no more. Mario is getting serious now. In this “GoldenEye 007” mod, Mario has a gun and no Koopa Troopa is going to stand in his way.

Originally picked up by Kotaku, GoldenEye With Mario Characters is a custom mod for the Nintendo 64 title “GoldenEye 007.” The mod was created by StupidMarioBros1Fan. In this mod, familiar Mario characters come to the game as special agents. Of course, that means each of them has a gun and is certainly not afraid to use it. There is something deeply unsettling about watching Mario casually shoot Koopa Troopas in the face.

While the original mod was released in January 2018, an anniversary update has added Peach’s Castle as a playable level. It is available in both single and multiplayer mode. As one of the most iconic locations in gaming, it’s amazing watching Mario explore the castle with a pistol in hand. Honestly, those poor Koopas never saw it coming. Of course, Mario is probably the greatest agent of all time when he is not fixing people’s toilets or rescuing princesses.

Aside from this custom level, the rest of the modded game plays much like the original. Mario is James Bond, Peach is Natalya, Luigi is Trevelyan, Toad is Oddjob, and Daisy is Xenia. The characters’ dialogue is subtly changed to better match these characters as well. You can check out Youtuber Graslu00 play the mod below.