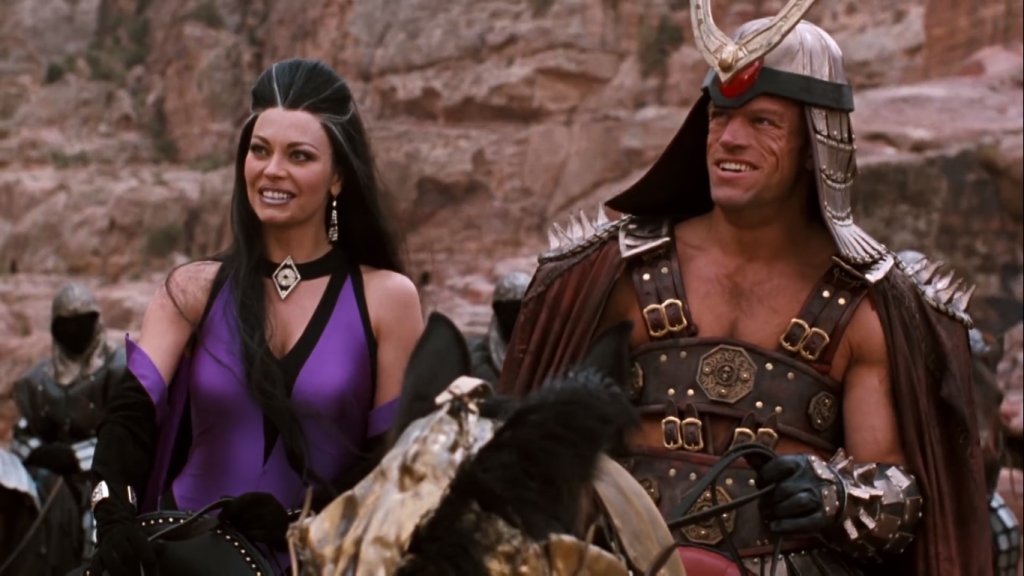 It’s no secret that a Rotten Tomatoes Score has the potential to make or break a film. There’s the whole other issue of just HOW scores are actually aggregated and how that very calculation has a profound effect on box office sales, but outside of a disclaimer- this new ongoing Nerdbot article series is about those films that are universally accepted as being the worst of the worst.

There may be a solid list of certified fresh 100% films, but for every “Toy Story” there’s a “Mortal Kombat: Annihilation.” For every “Get Out,” there’s a “Jack and Jill.”

But are these movies REALLY as bad as their Rotten Tomatoes Score say they are?

Having looked at the list of films to choose from, most of them deserve their single digit scoring. Be it a love of film criticism or outright masochism, my goal with this series will be to reevaluate these films and determine whether or not they deserved to be avoided at all costs. The truth is, no filmmaker sets out to purposefully make a bad film. Movies are inherently weird in their creation and go through numerous transformations from countless entities before it ever hits the big screen. That certainly doesn’t excuse bad films, and there are certainly some who’s end product are better off staying on the shelf. According to Rotten Tomatoes, these are those films, and we’re going to see if they got it right or came down a little too harshly.

Which takes us to “Mortal Kombat: Annhilation.“

Disclaimer: Rotten Tomatoes has a nuanced and often skewed rating system that does not fully represent actual critical consensus. Most film reviews are mixed, and Rotten Tomatoes assigns a fresh or rotten score to these regardless, eliminating more balanced opinions and only categorizing reviews to fit their rating system. It is important to note that Rotten Tomatoes is not a percentage calculator (as many assume it is) and is much more a rough estimate of overall analysis, often times taking the best and worst of each review and granting a score to that rather than the entirety of the review itself.

I opted to start with this film for two reasons. One, I have the misfortune of owning it, as it came in a combo back with its far superior predecessor. And two, it unequivocally earns its 2% score. Hell, I’d argue that whoever’s review Rotten Tomatoes deemed favorable is wrong and this film deserves a big fat goose egg. And I say that as someone who, unlike many other film critics, love the hell out of “Mortal Kombat.” I say that as someone who, despite all of its tremendous flaws, actually enjoy the unwatchable “Street Fighter.” At least the latter is so bad it’s good. “Annihilation” is a sensory assault, feeling more like something that is happening TO you rather than a film that is happening.

In all my years of watching and reviewing films, the list of movies I’ve felt compelled to walk out of have been extremely few and far between. Even as a young impressionable teenager who had no intention of growing up to critique films regularly, “Mortal Kombat: Annihilation” made me want to get up, walk out and finish the rest of my popcorn at home. Even within its genre of video game adaptions, the film not only commits every single mistake you can make but quadruples down on every single one of them. “Mortal Kombat: Annihilation” feels like every single producer and studio exec got to write a few pages of the script and someone was forced to put all of it together without cutting anything out.

What’s left is an unmitigated dumpster fire; an overstuffed, shoddy visual effects heavy disaster with even worse writing delivered by even worse actors. “Mortal Kombat: Annihilation” lacks all of the fun and tongue in cheek of the original, never being able to balance cheesy performances with a reasonably controlled story. “Mortal Kombat” is fun because the actors know what kind of film they’re making and the director and writer opted to only work off the original roster thus limiting the amount of characters from the game that appear in the movie. “Annihilation” on the other hand decides that more is better, and essentially takes every single character from multiple iterations of the game and crams them into a single film.

In addition to characters, it also desperately attempts to cram as many aspects from the game as possible too; another major mistake committed by almost every single video game adaption. Animality? REALLY? No one, even the most die hard of Mortal Kombat fans asked for that. And even if they had, what transpires is some of the worst special effects every put on film as the final fight, which would be laughable if it wasn’t already so damn bad from start to finish.

Seriously, if anything in “Mortal Kombat: Annihilation” looked good, we maybe could have forgiven some of its atrocities. But even with the blueprint of a successful predecessor, they couldn’t even get THAT right. There isn’t a single, memorable or watchable fight scene in the entire film. Literally the ONE thing it SHOULD get right it ends up getting so wrong you’re left wondering how the film ever got made to begin with. Hell, even the soundtrack is subpar. Yes, this film can’t even select good enough songs to include in the film or on the released soundtrack. It is yet another example of the common mistake of sequel films: more is always better.

For “Mortal Kombat: Annihilation” it emphatically proves that this is not nor has it even been the key to sequel success. No matter how big it tries to go, it ultimately crumbles under its own ambitions and creative tampering. It panders what it THINKS fans want rather than actually giving them something worth sitting through. Every step is a stumble and every idea is a terrible one. Perhaps the only interesting thing about the film is that Tony Jaa was the stunt double for Robin Shou. So ya, there’s that I guess.

So, the question remains then, does “Mortal Kombat: Annihilation” deserve its 10% or less score on Rotten Tomatoes? I think I’ve made it very clear that it absolutely, unequivocally earns its abysmal 2% and even struggles to earn that. “Mortal Kombat: Annihilation” makes a strong case to be forever entered into the short list of 0 percenters. It is, for all intents and purposes, a fatality.