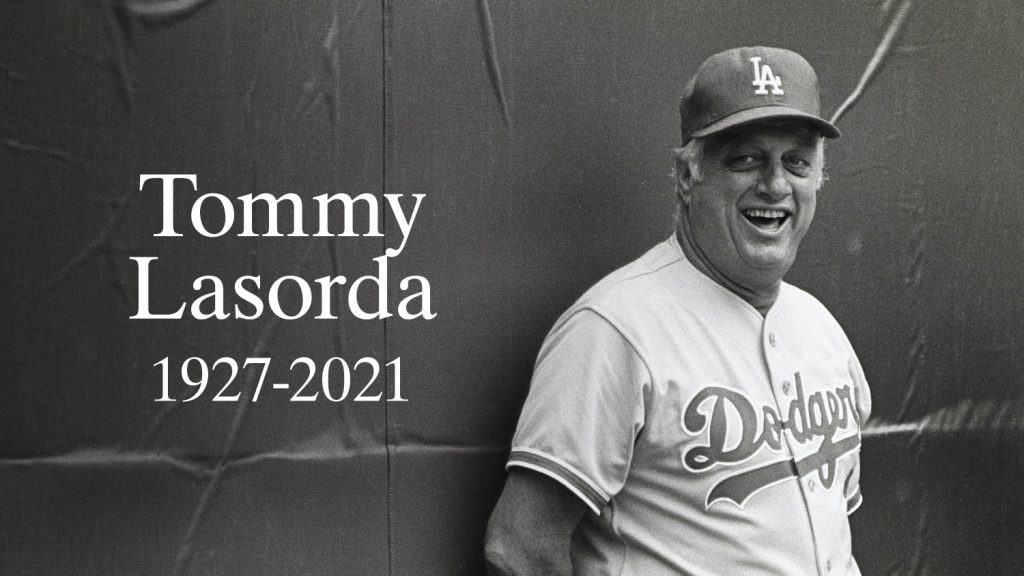 We are very sad to report the passing of the legendary Tommy Lasorda. Famous manager of the Los Angeles Dodgers for over two decades, Lasorda had an influence on the sport few others in his position ever achieve. He had also been a pitcher and coach, and had been with the team since 1949.

He was hospitalized back in November for an undisclosed serious condition, and placed on a ventilator. He was doing better, reportedly, and was sent home earlier this week.

He was inducted into the Baseball Hall of Fame in 1997.