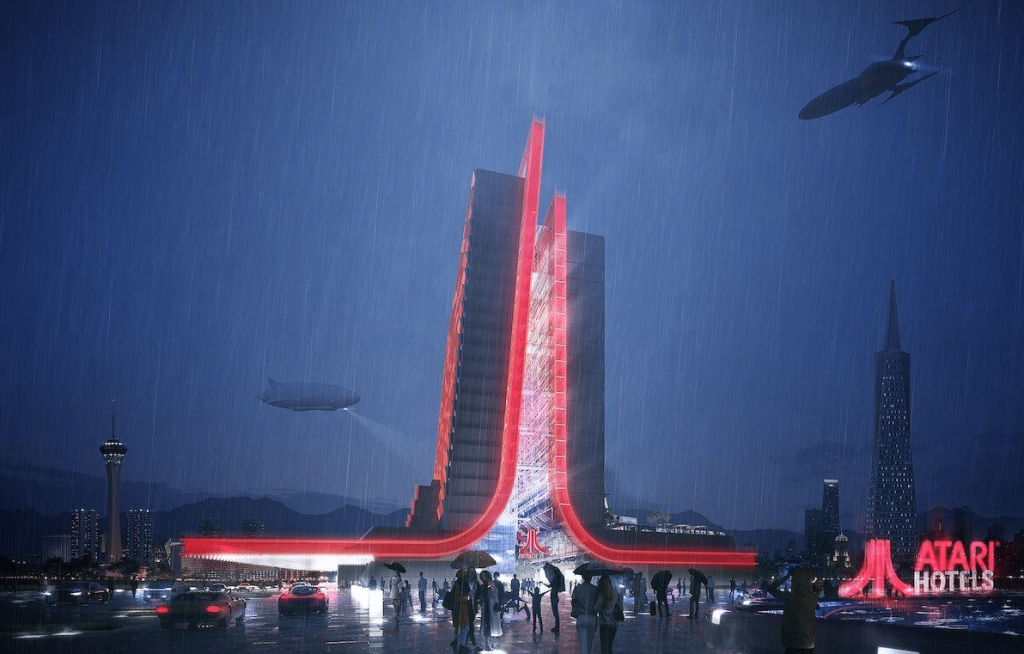 While Las Vegas is admittedly not for everyone, this new Atari-themed hotel may call to the gamer crowd. Atari has released a new artist rendering of what the hotel will look like when completed. I for one am exited about visiting it when finished.

Last week Atari announced that it signed a licensing agreement with True North Studio, which is a U.S. real estate developer. They also signed with GSD Group for the development of Atari-branded hotels. They aim to have eight different Atari-themed hotels in cities across the United States.

The Atari-themed hotels “will feature common areas following the latest trends in hospitality, with a focus on the video game universe and the Atari brand,” the news release added. Atari is known for games such as “Asteroids,” “Centipede,” “Pong,” among others.

Along with the games they are most known for the hotels will contain spaces such as eSports studios, an Atari gaming playground, meeting and event rooms, co-working spaces, restaurants, bars, bakeries and a movie theater and gym. What I’m thinking is that these will be the future destination of gamin tournaments and conventions for which gamers all gather together and celebrate their love of games.

Developers planning to break ground this year on the first hotel. The first will be located in Phoenix close to the “Woz U” university campus, which was created by Apple co-founder Steve Wozniak.

We’re looking forward to see what becomes of these hotels and hopefully this means that we will get other cool branded places to visit.