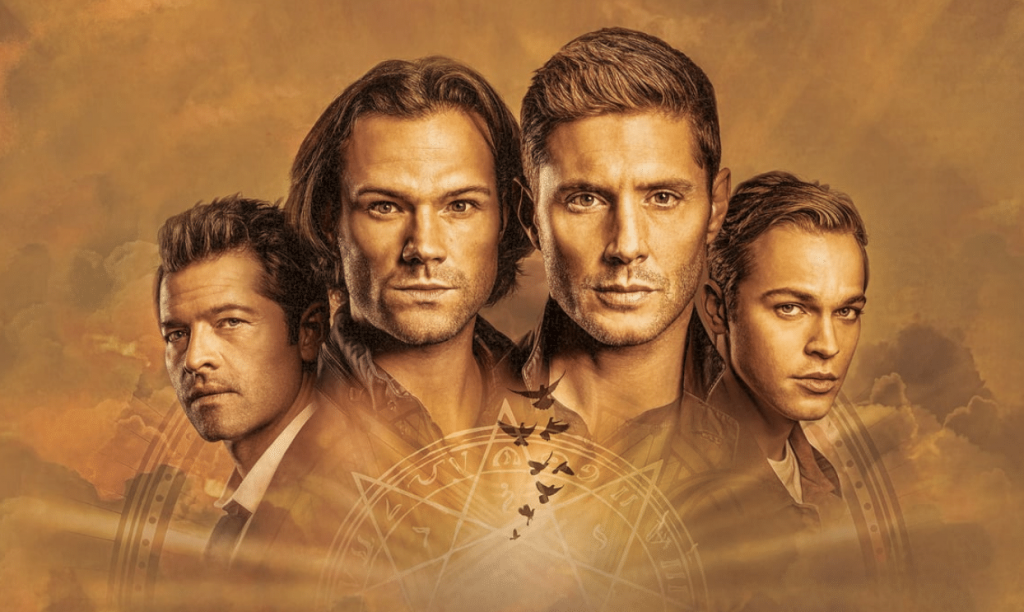 It seems like “Supernatural” is set on taking its sweet time with no intention to wrap things quickly.  With the show’s return to form last week, the show doubled down on its charm and silliness.  In ‘Gimmie Shelter,’ the show once again returns to form in a good old fashioned monster of the week hunt.  This time, however, Sam and Dean are relegated to the subplot, with Cass and Jack being the central story this time.  It seems “Supernatural” wants everyone to get one last shot under the spotlight before the inevitable conclusion.  While ‘Gimmie Shelter’ isn’t as fun as its previous episode and does leave a few breadcrumbs and gives some foreshadowing of what’s to come, this show is content in reminding us of all the things that fans have come to love as much as it can until they can no longer do so.

Picking up at the bunker, the crew has become increasingly bored waiting around for Death’s big plan.  Knowing that there is a big battle to come but not knowing what the next step in that battle is, the boys decide it’s time to do what they do best: investigate cases and stir the pot.  Sam and Dean decide that they should hunt down Amara themselves and trick her in to becoming a part of their plan and send Cass and Jack on the more standard case.  Its honestly the buddy cop episode we didn’t ask for but definitely needed all along.  The conclusion does address some of the more overarching storylines, but in typical “Supernatural” fashion, it creates more fan theories than it does to provide more clarity.

Once again, It’s Jensen Ackles shinning, even when being pushed to the side for an episode.  His confrontation with Amara is loaded with emotion and existential questions about free will.  It borders on defeatism, but it also expresses the true source and frustration of Dean’s anger.  It is a subtle way to uncover some deep issues, bubbling up season’s worth of emotion in one, brief confrontation.  Amara (Emily Swallow) is great here, too.  Though only featured prominently in season 11 and then guesting and only be mentioned afterwards, her character has transformed from a big bad cosmic being to a more complex one.  In addition, we get some more touching moments between Cass and Jack, hammering home the father-son relationship that may or may not be preparing the viewers for a future tragedy.

I have to applaud the restraint of the “Supernatural” showrunners.  Many shows in their final episode runs have a tendency to either floor it, packing every episode with more and more threads only to leave many viewers disappointed.  Either that, or every episode is bent on bringing back as many characters as possible, desperate to tie it all together to the beginning.  For better or worse, “Supernatural” has already done this seasons ago by default.  There’s no need to loop it all back, uncover the hidden puppet master who’s been there all along, pulling the strings.  Instead of falling victim to these tropes and final season faux pas, the creators have opted to make the most of what little time they have left.

The truth is, we’ve seen the Winchesters goes through every version of life and death and monsters that there’s no reason blaze a new path to end it.  Those of us who have stayed with “Supernatural” long past its due date have hung in there because of the journey.  Watching Sam and Dean embark on another hunt has always been more important than what happens when it all ends.  As for what WILL happen at the end, “Gimmie Shelter” does throw a few wrenches in some of my personal theories with their end revelations, but I’m not ready to give up on them just yet.  For once, a final season seems extremely self-aware of what fans want, and I for one am fine with “Supernatural” stalling its way to the nevermore. With the preview for episode 16 seemingly staying true to this vein, I for one am not only excited the show is back, but I am happy to take the slow ride, even if it is the last one.