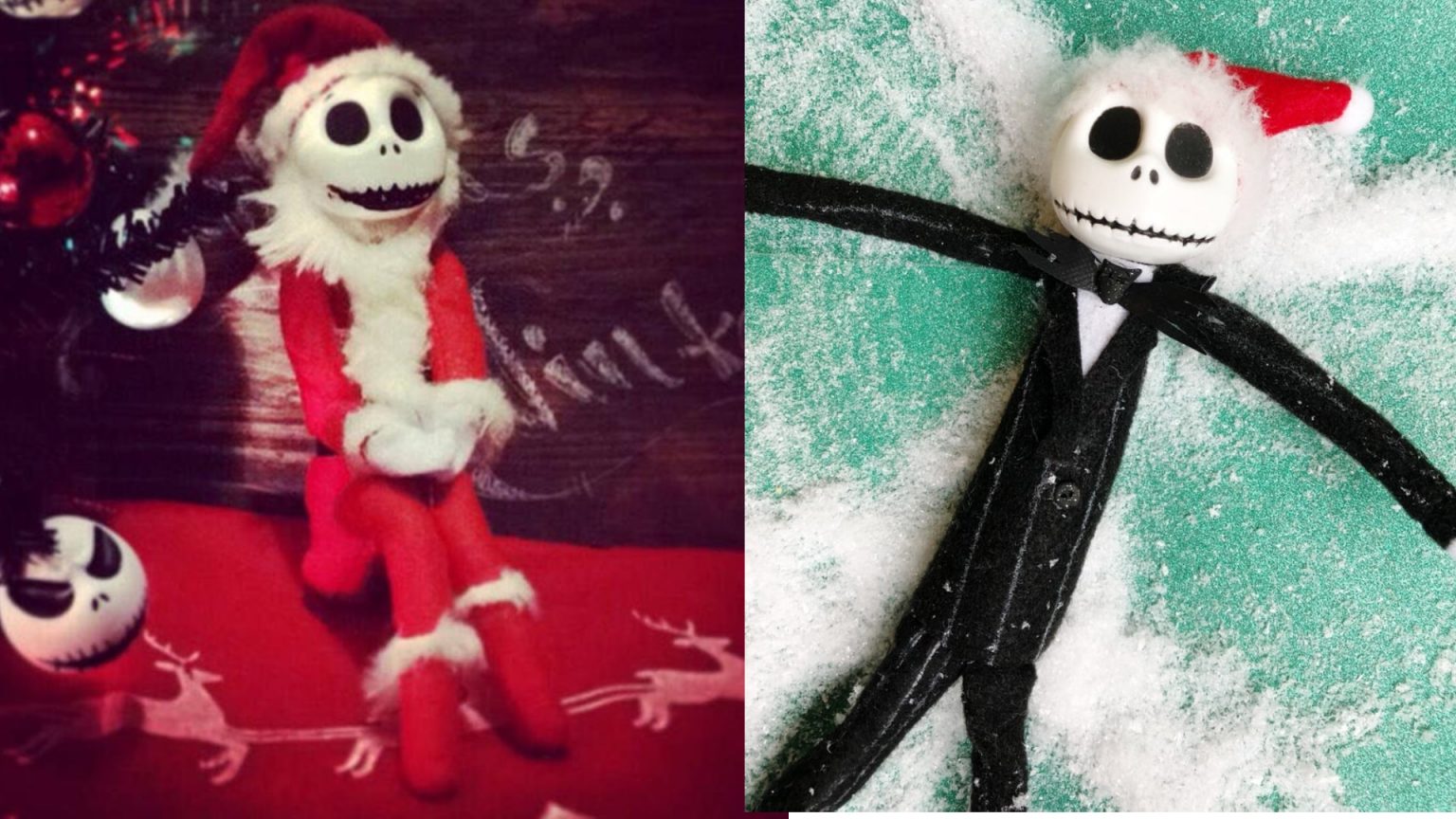 Jack on the Rack: Much Less Creepy Version of Elf on the Shelf

When they came out with Elf on the Shelf I myself was completely creeped out. Something watching you all month long? No thank you. Then as a parent and introducing it to kids and having to place it in a different spot every night? Who wants or has time to do that? But you know what? If you combined it with something Disney and a lot less creepy I might be into that. Enter Jack on the Rack, which is a “The Nightmare Before Christmas” version of that creepy little elf.

You can get a fully posable Jack Skellington that you can use to replace that creepy little elf. The doll is made by RosiebethHolidays on Etsy, and they actually hand-sew the body. She also hand pours the resin for the face. Each one is very intricate and and only $30! Which compared to the Elf on the Shelf is not much more!

The doll sits at 14″ tall and is made with wire in the limbs so you can pose them exactly like Elf on the Shelf.

Plus you can read “The Nightmare Before Christmas” or watch the film instead of the Elf on the Shelf ones which I’m all for.

She does also sell a version of him in his classic black suit if you prefer that. But I definitely adore that Santa suit.

Bonus is that you can also use this for the Halloween season if you want to. Since there’s always been a debate about whether or not “The Nightmare Before Christmas” is a Halloween or Christmas movie. I’ll tell you right now it’s definitely both.