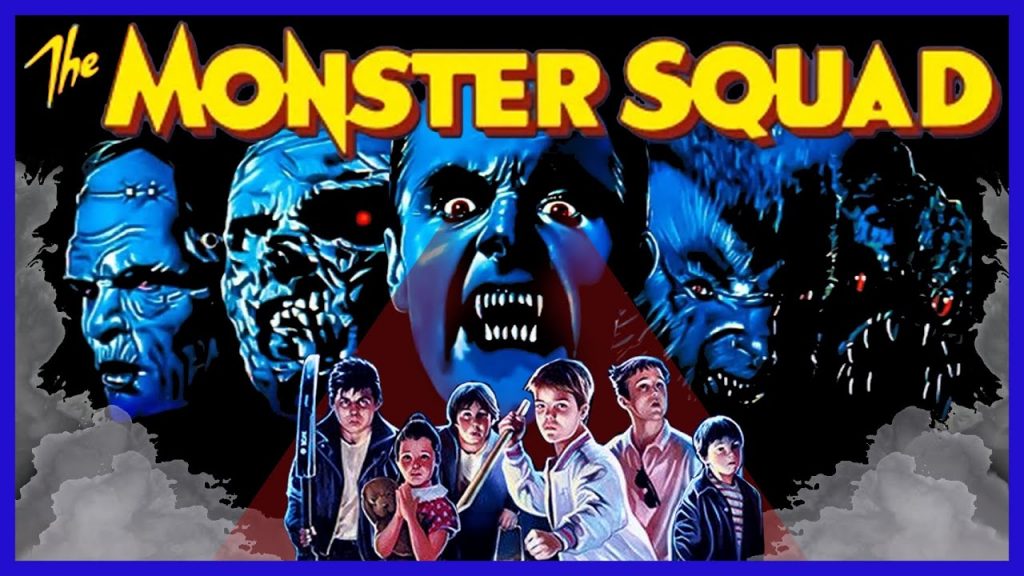 Spooky Movie Time: 1O of the Best Halloween Films I Own

It must be said to start that horror is one of my least favorite film genres. Not say that I don’t mind a good haunted house or supernatural homicidal maniac from time to time, but it is rarely a genre I seek out. Even during Halloween, my television is seldom filled with blood and guts and screams for days on end. I have seen quite a bit of horror and have my own guilty pleasures (I love every single “Saw” film except the last one) but it has mainly been for business and not for pleasure.

Because of this, my collection of horror films is scarce. I make this distinction because as we begin to list a few of my favorites, it’s important to note two things: there are going to be a plethora of films horror fans are shocked aren’t on the list and I am only basing my recommendations off of the films I personally own. In addition, a majority of these films are pretty standard horror staples. Many of them border on being more comedy than outright horror, but the sub-genre of horror/comedy are my personal favorites. Now that my list has been qualified, here are the 10 Halloween films that I own and recommend.

“Lost Boys” is easily one of my favorite Joel Shcumacher films. The blend of horror and comedy mixed with a young up and coming cast gives us so much to enjoy decades later. The cast and visuals are really the films strength. Jason Patric, Keifer Sutherland, Alex Winters, and of course, the 80s staple duo, Corey Haim and Corey Feldman, all are in top form even if the film as whole is somewhat flawed. “Lost Boys” is elevated by its ambitious ideas for vampire lore, a great cast, and plenty of vampire jokes. It’s a perfect Halloween movie for any spooky fan.

Heads up, this is 2 of 3 vampire films that make the list. I don’t know that they are favorite movie monster, but I find it hard to beat a solid vampire flick. “Let Me In” is certainly one of those films. An American remake of the Swedish film “Let the Right One In,” I would actually argue that both are worth watching as they are essentially shot for shot. The film succeeds where many other attempts fail in that it executes its teenage coming of age story without falling victim to young adult cheese. It avoids these pitfalls and tells a chilling story of an unlikely friendship, one with plenty of monster violence. “Let Me In” certainly leans more on drama and friendship than on scares, but rest assured there is still plenty of spook for horror fans.

From Dusk Til Dawn

Might as well keep the vampire train going with “From Dusk Til Dawn.” Directed by Robert Rodriguez and written by Quentin Tarantino (and starring) the film has spawned more sequels that anyone could’ve ever asked for and probably doesn’t crack the top ten of most horror fans’ lists. But despite is disregard for its own lore and bizarre plot, it’s hard to beat the always gorgeous Selma Hayek dancing with a giant snake and George Clooney as a foul mouthed, tattooed vamp killing criminal. I have always enjoyed the pace of this film. The vampires don’t even show up until about halfway through, but it doesn’t really need them any sooner. The cast is good enough, with one glaring exception: Newcomer Ernest Lui as Scott Fuller. He is surrounded by A listers and Tarantino favorites, and unfortunately doesn’t hold his own. Aside from some cheesy special effects that don’t hold up over time, the film is still wildly enjoyable with plenty of vampires to kill.

Let’s take a break from the supernatural and get into a good old fashion home invasion slasher flick with “You’re Next.” One of the most surprisingly enjoyable films in 2011, it plays fast and loose with plenty of standard horror tropes; indulging some while subverting others. “You’re Next” is also extremely subtle in its dark humor, never giving too much away but certainly giving the viewer opportunities to laugh at its absurdity. It also sports some of the coolest home invasion masks I’ve seen on screen. “You’re Next” has enough death and humor to entertain any horror fan and enough twists and turns to keep you guessing until the very end.

Dawn of the Dead

Taking a trip into the realm of the undead, 2004’s “Dawn of the Dead” makes the list. Shockingly Directed by Zack Snyder, the classic horror remake proves that a stripped down Snyder is the best Snyder. The film strikes a solid balance of reimagining and paying homage, bringing enough new elements to the table without feeling insulting to its source material. While it certainly cranks up the blood splatter, it still primarily focuses on a number of compelling and interesting survivors to keep a strong story moving forward. Like any good zombie film, there are of course plenty of dumb decisions and disposable characters that inevitably ruin the best laid plans to stay alive, but “Dawn of the Dead” has no problem poking fun at things when it needs to, and rewards most viewers with plenty of well-deserved zombie deaths.

Honestly, what’s not to love about “Zombieland?” It has everything: zombie kills of the week, terrific performances, humor, guns, a scene chewing Woody Harrelson, and of course, Bill “Freakin” Murray. What makes “Zombieland” truly remarkable is that underneath the zombies and laugh out loud humor, it has more heart than you would ever expect. No movie is perfect, but it is my humble opinion that “Zombieland” comes pretty close to the mark. There’s no point in going for the hard sell here. The film stands on its own merits and more than deserves its spot on the list.

“Monster Squad” is “The Goonies” for monster fans. A hidden gem for many and one that is soon getting a documentary about the making of it, “Monster Squad” is a classic that never seemed to garner the attention it deserved. It is one of Shane Black’s earliest written works, it was a box office failure than has developed a strong cult following over the subsequent decades. It honestly has everything you could ask for in a comedy horror film. Plenty of classic monsters, a ragtag group of kids (all well-acted and interesting) and plenty of classic lines that only fans adore and repeat. “Monster Squad” is a great monster flick, one that I would highly recommend you watch if you haven’t seen it.

It’s hard to imagine a top 10 list that doesn’t include the original “Ghostbusters.” Not only does it make the Halloween list, but it is also the only film that crosses over into a number of other top 10’s for me. Considering the original script by Dan Aykroyd (seriously, look it up his film idea is unwatchable even on paper), it is astonishing how Harold Ramis was able to turn it into an all-time great. “Ghostbusters” is lightening in a bottle, with unmatched chemistry and comedic timing from its stars and supporting cast. There is never a time where I don’t want to watch it, despite having seen it countless times over the course of 3 decades. It never gets old, and hits the mark every single time. Whether it’s your first time watching it or your 1000th re-watch, “Ghostbusters” is a true staple of Halloween films.

“The Addams Family” is perhaps my most watched Halloween film on the list. While all of them are among my favorites, this film seems to get far more replay during October than any of the others on the list so far. “The Addams Family” still holds up, with its macabre humor and oddity and unbelievable cast firing on all cylinders. Raul Julia is just delightful, a true tour de force of over the top delivery that fits brilliantly in the context of the film. Likewise, Anjelica Houston’s cool, sensual, passionate Morticia is the perfect balance, even down to the brilliant lighting on her pale face. There really isn’t a bad performance here, and the film as a whole truly makes it feel like spooky season is upon us when it starts playing regularly on Freeform. The same can’t be said for “The Addams Family Values” which seems to repeat the same story but misses the mark, but that’s a different review altogether.

Lastly, we come to the least deserving film on the list. Yes, “Hocus Pocus” does not earn its place on the list on the merits of the film itself. To be clear, “Hocus Pocus” really isn’t a good film. Bold statement, I know. But it is a hill I am willingly to die on. Just because the film isn’t that good doesn’t mean it isn’t one of my favorites to watch during Halloween. I’m not even entirely sure why, but it has been a long standing tradition to stay inside, light a candle, curl up under some blankets and watch “Hocus Pocus.” The film is fun, cheesy, silly, and a standard Halloween film for most people. Despite all its flaws, I still continue to hold true to my tradition, and always end up watching it multiple times throughout October.

So there you have it, my top 10 recommended Halloween films that I own. Some honorable mentions that almost made the list are Thirteen Ghosts, Cabin in the Woods, Tucker and Dale vs Evil, Scream, and Get Out. In classic Halloween film fashion, what’s your favorite scary movie?