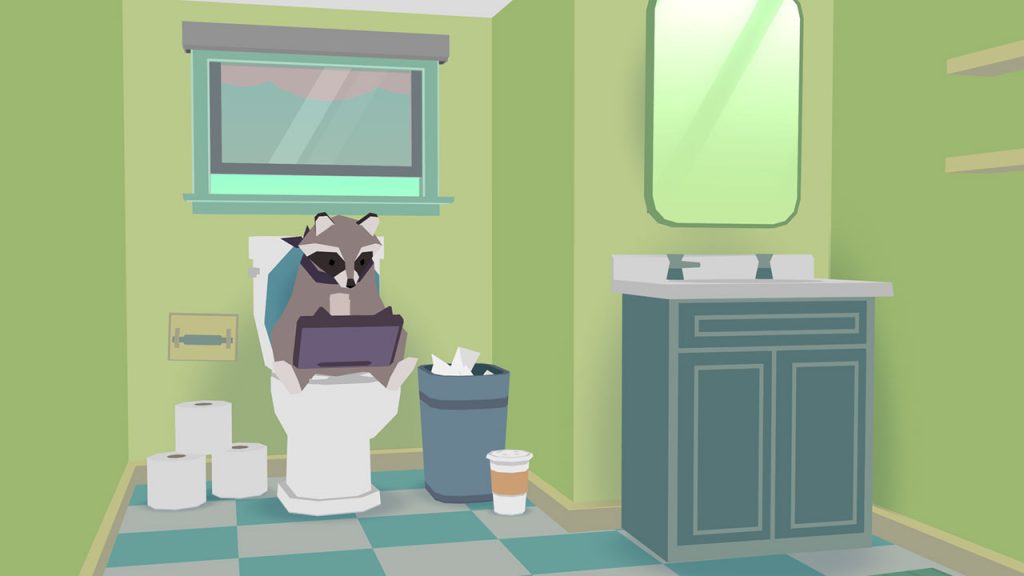 Wanna Play as a Trash Panda and Wreck Things? Donut Country is for You!

I bet you’re thinking that this game is going to be similar to “Untitled Goose Game” and based on the title of this article you’d be close. Today we’re going to talk about “Donut County” where you get to play as a raccoon that massively screws things up. But not in the way you would expect.

This game was one that my husband picked up for our five year old and I got hooked on. The story is where you wreck things by deploying a “donut” which is a hole in the ground. As the hole gets bigger you are allowed to eat more and more trash with it. And as you do the world around you falls into disrepair.

This is all because of the Trash King who decided that you would collect other people’s trash. Only the trash you are collecting are really things like, homes, and people. It’s a short game but really entertaining and the humor is spot on. Think along the lines of “Katamari Damacy ReRoll” but instead of rolling a ball around to get bigger you’re steering a hole and expanding your trash collection.

Now what I liked specifically about this is that it was easy. Up until you get to the end where you have to defeat the King. It’s mostly just a mixture of something you would play to relax and a puzzle game.

It’s not a new game but it’s a good game. And I may be late to the party but let me tell you, this will not be a game you regret getting. It’s only about $10 on the Nintendo store and totally worth it. Plus it has significant replay value especially if you have kids. Or are a kid, like me…

Check it on the Nintendo store here. I promise you’re going to love it. It’s also available on PC and PS4. Learn more about it here.