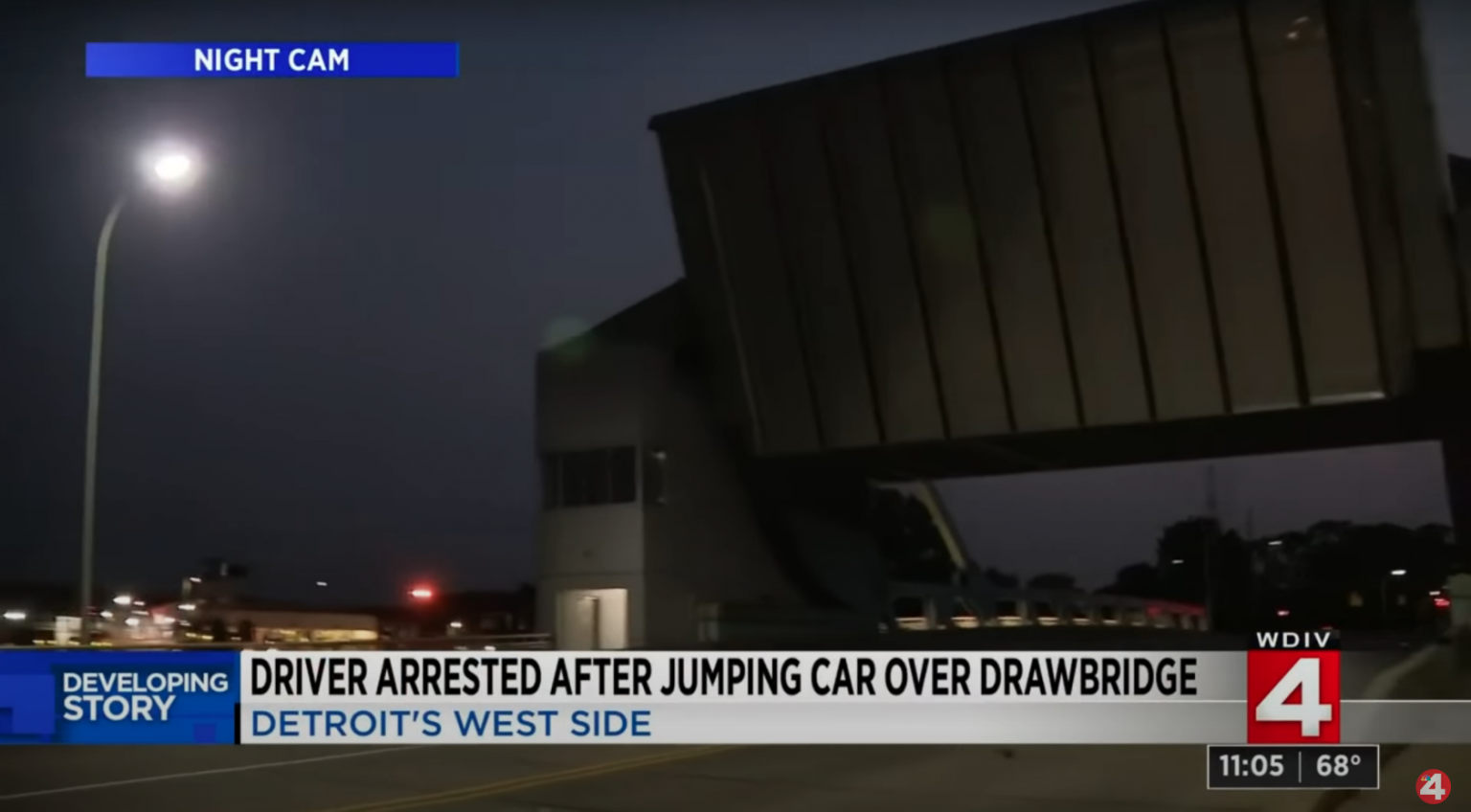 We WISH we were making this up, but this is completely a real thing that happened in the city of Detroit. Some say he was just a good ol boy never meaning no harm. This person, no idea if it was a male or female driver, decided to reenact a fairly notable scene from the classic film “Blues Brothers” by attempting to jump his car over an opening draw bridge.

Unconfirmed if he was wearing sunglasses, but it *was* dark.

But- this is completely a REAL THING THAT ACTUALLY HAPPENED.

The real MVP is the drawbridge operator, Andre Locke.

“I looked, I said, no, he ain’t. Over he went, blew out all four of his tires,” Locke said, “and then he crashed into the other gate,” Locke said.