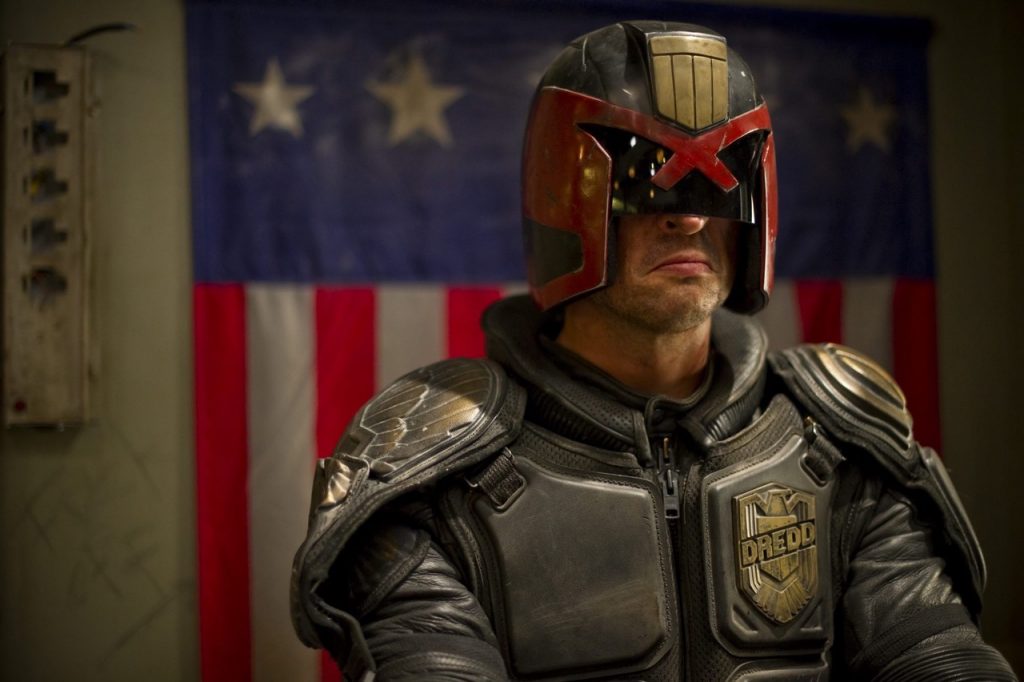 If there’s one thing we’re still REALLY hoping we get in the near future, it’s the “Dredd” offshoot series “Mega City One.” Publishing house Rebellion even bought a damn studio facility in order to sort of jumpstart the process, with Netflix onboard for a continuation of Pete Travis‘s 2012 “Dredd” film starring Karl Urban.

This brings us to filmmaker Duncan Jones– who is helming another 2000 AD property’s film adaptation with “Rogue Trooper“- and his…challenge…on Twitter.

On the surface, this is just the normal run-of-the-mill “this person is cool” tweet that could possibly mean Jones’ wants to see Josh Brolin pick up the helmet for “Mega City One.” Sure, he’d be an ok choice, but, someone else needed to point out something on this thread.

Back in March, Urban commented on whether or not we’d ever see more Dredd in a film while doing press for Amazon’s “The Boys“ at C2E2’s March 2020 event.

“Listen, I would love to make it, I’m on the record saying that a bunch of times. I don’t know if that’s gonna happen. I think that the guys that own the rights to Dredd, Rebellion, I think they’re developing something called ‘Mega-City One’ and it would just be great to see more Dredd, whether it’s with me or not, it doesn’t matter. I’m a fan of Dredd and there’s so many great stories there. I’d love to see them. And I have no doubt that, someday, someone will make it. It’s just a matter of time.”