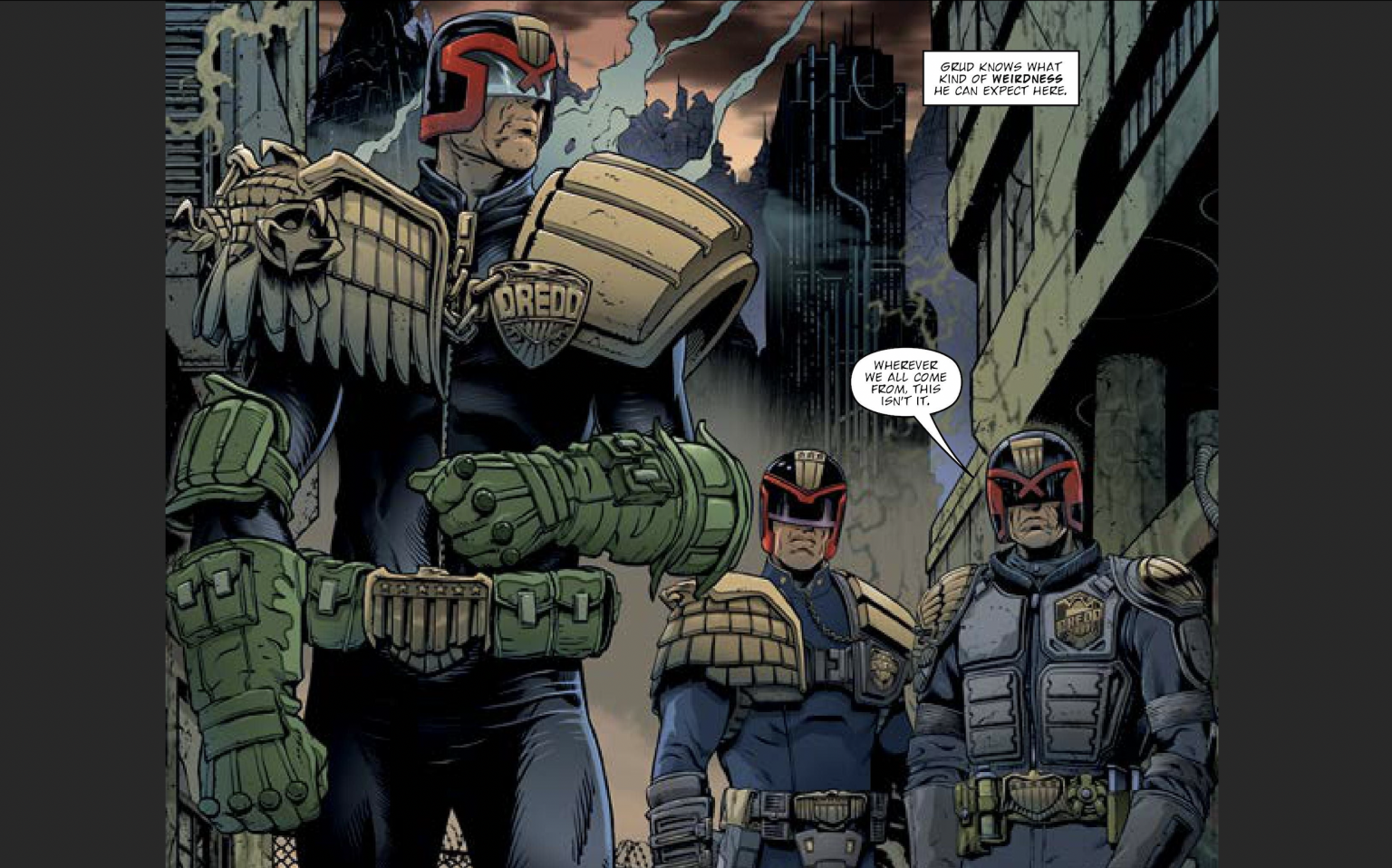 Greatest of British comic heroes, the infamous futuristic Lawman Judge Dredd is about to have an unlikely crossover in the latest issue of long running 2000AD comic.

Now old Joe Dredd is no stranger to crossovers. Since his first appearance in the pages of 1977’s 2000AD #2, the boot stomping supercop has tussled with Xenomorphs, battled Martians from “Mars Attacks,” faced off against DC Comics villains like Joker and Lobo, and even teamed up with Batman several times. The toughest lawman in Mega City 1 has stared them all down with his trademark grimace and the reminder that he IS the law.

But now Dredd faces a meeting unlike any before as in this year’s Christmas issue of 2000AD, Dredd will come face to face with himself in “Judge Dredd: Trinity.” Featuring the likenesses of both actors to put on the mask and adopt the biggest scowl in comics, we’ll see Dredd meet up with the incarnations of himself from Sylvester Stallone‘s 1995 “Judge Dredd,” and Karl Urban‘s 2012 “Dredd.”

Written by Kenneth Niemand (“Noam Chimpsky”) with art by Richard Elson (“Journey into Mystery,” “Sonic the Comic”), “Judge Dredd: Trinity” releases digitally to subscribers on December 11th. It’ll hit shops and other outlets on December 16th. You can purchase this and other Rebellion titles on 2000AD’s website here. We can’t wait to see how the eternally serious Dredd deals with his alternative selves.