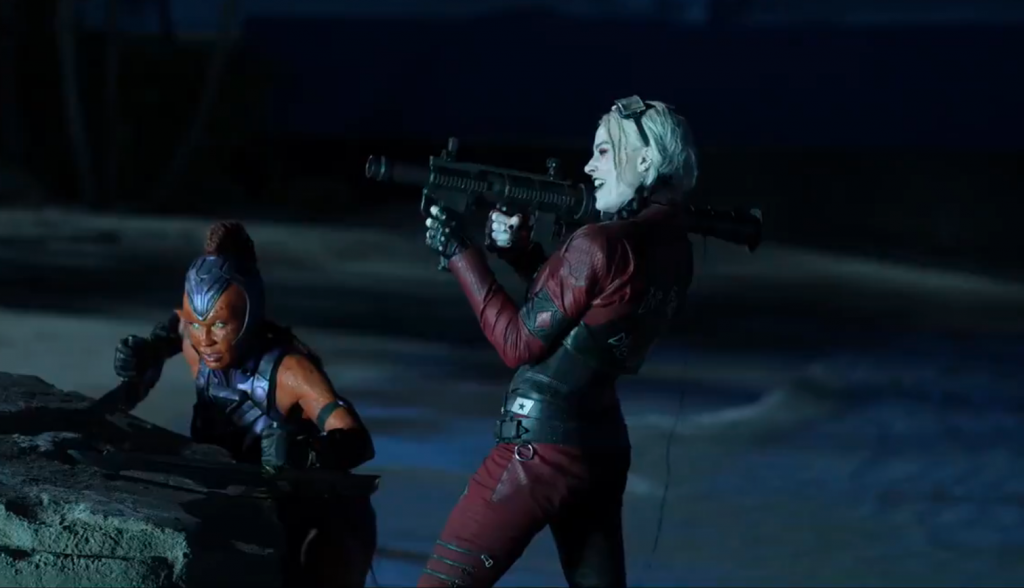 Margot Robbie as Harley Quinn in "The Suicide Squad"
Movies

James Gunn kicks off the official DC FanDome panel for “The Suicide Squad,” and we’re pretty excited to see what is in store. Gunn says it was the most fun he’s ever had working on a film. Also, he says the character he was most excited to write for was Harley Quinn.

Gunn also revealed he absolutely loves Batmite. “Don’t think I didn’t think about putting Batmite in Suicide Squad, because I ABSOLUTELY did.”

The entire cast was revealed along with flashes of who they’re playing!

There will also be two original villains coming to the film- General Luna played by Juan Diego Botto, and Major General Suarez played by Joaquín Cosío.

The panel continues with each of the assembled cast picking who they’d want in a head-to-head battle. Let it be known that Viola Davis knows her comics!

The featurette shown is absolutely EVERYTHING we were hoping for. Big explosions, fantastic fight sequences, and Harley Quinn in pants getting a freaking rocket launcher.

“The Suicide Squad” is still currently slated for an August 6th, 2021.