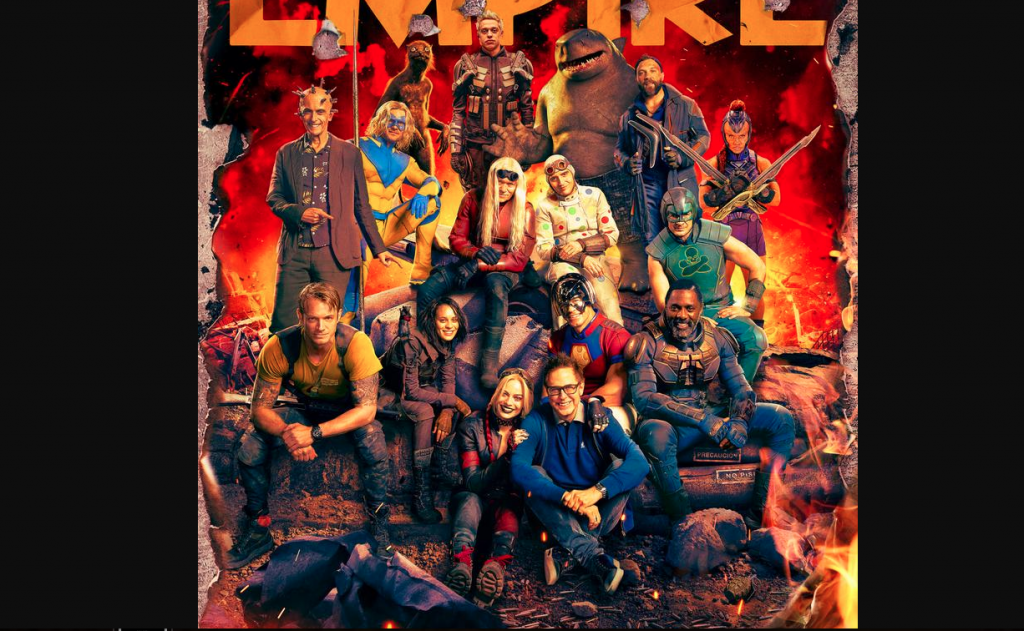 We are pretty excited to share the news that Warner Bros. Pictures’ upcoming “The Suicide Squad” from director James Gunn (“Guardians of the Galaxy“) will be releasing a red band trailer tomorrow!

Gunn tweeted the news just a few minutes ago:

We do know that Margot Robbie is back as Harley Quinn, Joel Kinnaman as Rick Flag, Viola Davis as Amanda Waller, and Jai Courtney as Captain Boomerang. Joining them this time are Idris Elba as Bloodsport, John Cena as Peacemaker (who’s also getting his own spinoff series),  Peter Capaldi as Thinker, David Dastmalchian as Polka-Dot Man, Daniela Melchior as Rat Catcher II, Michael Rooker as Savant, Alice Braga as SolSoria, Pete Davidson as Blackguard, Joaquín Cosio as General Mateo Suarez, Juan Diego Botto as Luna, Storm Reid as Tyla, Nathan Fillion as T.D.K., Steve Agee as King Shark, Sean Gunn as Weasel, Mayling Ng as Mongal, Flula Borg as Javelin, Jennifer Holland as Emilia Harcourt, and Tinashe Kajese as Flo Crawley. While we’re still not sure who the hell they’re playing, both Sylvester Stallone and Taika Waititi are also on cast.

There was also this first look at the film shared during DC Fandome, which you can check out here.

HBO Max released the official synopsis for “The Suicide Squad,” which you can read below:

Welcome to hell—a.k.a. Belle Reve, the prison with the highest mortality rate in the US of A. Where the worst Super-Villains are kept and where they will do anything to get out—even join the super-secret, super-shady Task Force X. Today’s do-or-die assignment? Assemble a collection of cons, including Bloodsport, Peacemaker, Captain Boomerang, Ratcatcher 2, Savant, King Shark, Blackguard, Javelin and everyone’s favorite psycho, Harley Quinn. Then arm them heavily and drop them (literally) on the remote, enemy-infused island of Corto Maltese. Trekking through a jungle teeming with militant adversaries and guerrilla forces at every turn, the Squad is on a search-and destroy mission with only Colonel Rick Flag on the ground to make them behave…and Amanda Waller’s government techies in their ears, tracking their every movement. And as always, one wrong move and they’re dead (whether at the hands of their opponents, a teammate, or Waller herself). If anyone’s laying down bets, the smart money is against them—all of them.

“The Suicide Squad” is still currently slated for an August 6th, 2021.