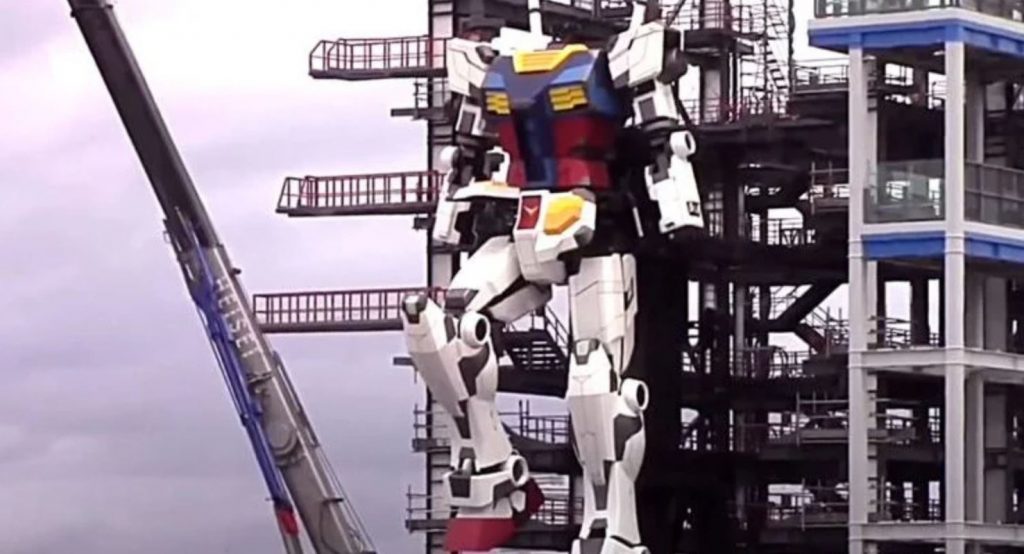 In January we wrote about how on Yamashita Pier in Yokohama Japanese Engineers were building the largest Gundam ever. It was to become a tourist attraction which would debut in October of 2020 and last until October 2021. Even though COVID has put a little bit of a halt to building, they’ve still been able to move forward. And so has the giant Gundam!

Though this is not the first full scale Gundam built this is the first walking one. Previously they made a giant Gundam for its 30th anniversary at Odaiba in the seaside area of Tokyo.

The gundam is made by Gundam Factory Yokohama and is a full walking sized version of the RX-78-2. They have had to remodel it to accommodate weight and make sure everything was putting even pressure on itself. They needed a smooth operating leg mechanism for it to be able to stand upright and walk.

In Japan they will be selling tickets to see it as well as sell merchandise related to the Gundam. Hopefully by next year we will be able to travel to see it.