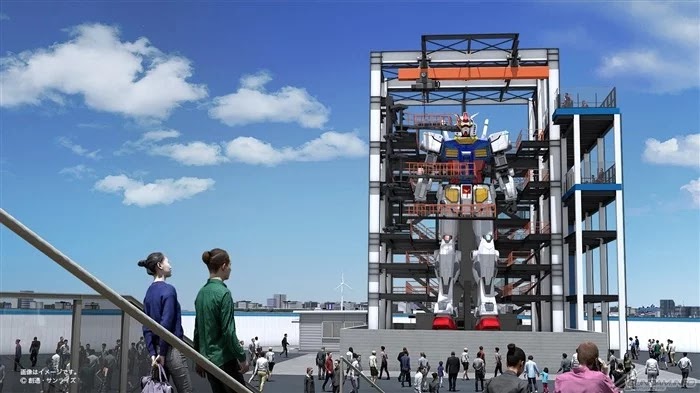 59 Foot Walking Gundam To Be On Display In Japan

Japan is host to many amazing feats of technology and engineering. No one in the world can compare to them in Gundam kits and now they have broken another record.

On display on the Yamashita Pier in Yokohama will be the biggest walking gundam ever. They will start displaying it to the public on October 1st 2020 and it will be staying in place until October 3rd 2021. So if you needed yet another excuse to book your tickets to Japan here it is.

The gundam is made by Gundam Factory Yokohama and is a full walking sized version of the RX-78-2. They have had to remodel it to accommodate weight and make sure everything was putting even pressure on itself. They needed a smooth operating leg mechanism for it to be able to stand upright and walk.

The project was part of a collaboration between Japanese researchers and engineers to make a life sized 18 meter Gundam walk. The project was first announced in 2014 during the Gundam Global Challenge.

They will be allowing you to climb the special viewing deck called the “Gundam Dock Tower” starting July this year. There will be a separate entrance fee for you to view the gundam up close and you will have a few people watching you climb. The exhibit is going to be shown in a hanger like structure to keep it supported in case any malfunctions occur.

As a bonus they will also be selling a bunch of Gundam related merchandise throughout the event and have shops including “The Gundam Base” and the “Gundam Cafe”. There will be exhibit rooms where you can appreciate gundams and they will have a few interactive activities as well.

Now that were one step closer to having giant robots defend the city, how do you feel? Tell us in the comments if you would like to visit this!

President Snow is The Good Guy in Hunger Games Prequel