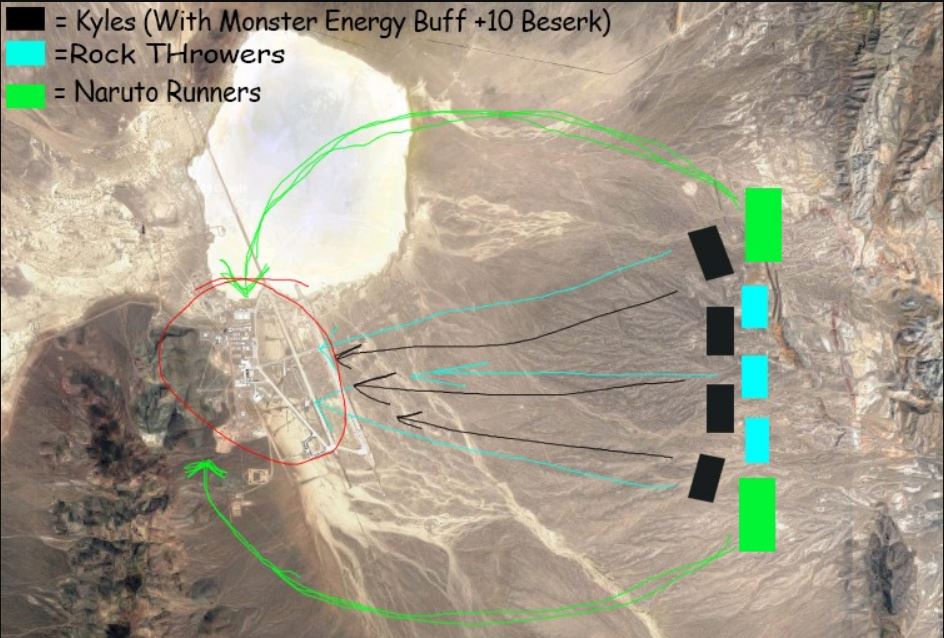 This Time Last Year We Were Planning to “Storm Area 51”

You know when we all thought that 2019 was so absurd? When that Facebook event “Raid Area 51, They Can’t Stop All of Us” showed up and we were all so entertained and intrigued by it? What a stark contrast to 2020, the year in which everything is cancelled and completely sucks. What happened to the good old times looking forward to “clappin’ them cheeks”? What happened to the Kyles, Naruto Runners and looters?

The event was followed by many and at this time last year, 902k marked as going would turn into millions. The event would be taken down and then put back up. The organizer would be contacted by the FBI and the military would be giving out warnings to not attempt to storm the area. Because they would shoot…

While some went to the event out in the desert many ended up going to the more mainstream event which was created by Matty Roberts and some sponsors like Budlight. They even came out with a special collectors edition beer that would become highly collectible.

Now looking at 2020 it’s highly disappointing that everything is just cancelled. We’ve had Murder Hornets, Coronavirus(still ongoing), A Revolution against systemic racism(still ongoing), Meth Gators, Plague Squirrels, and I’m sure I’m forgetting something.

What I guess I’m really asking is when we will get back to our normal. Even if that normal is just reckless and stupid behavior. And not reckless like not wearing a mask, please WEAR A MASK. Reckless like planning stupid events and everyone being able to get together without fear.