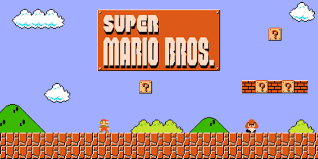 Heritage Auctions is proving that keeping old video games in mint condition can have an enormous pay off. An original, sealed copy of 1985’s “Super Mario Bros.” was just sold at an auction for over $100K.

This past Friday, the Nintendo Entertainment System (NES) title went to an anonymous bidder for $114,000. The purchase officially makes this game the new record holder for highest-selling video game at an auction. Previously, the title was held by another sealed “Super Mario Bros.” cartridge that sold for $100,000 in February 2019. Clearly, Mario is always a series that will sell.

There’s more to this cartridge than simply being in its original shrink wrap though. It was graded in A+ condition and featured “hang tabs.” According to Heritage Auctions:

“Super Mario Bros.” is considered to be one of the most important titles in gaming history. Not only did it result in the massive franchise we see today, but it kicked off the console wars at the center of modern gaming. It may be only an 8-bit game, but its importance is far beyond that. “Super Mario Bros.” is the successor to arcade title “Mario Bros.” It released in 1985, only two years after the original “Mario Bros.” Now, 35 years later, the title is seeing just as much love as it did all those years ago.