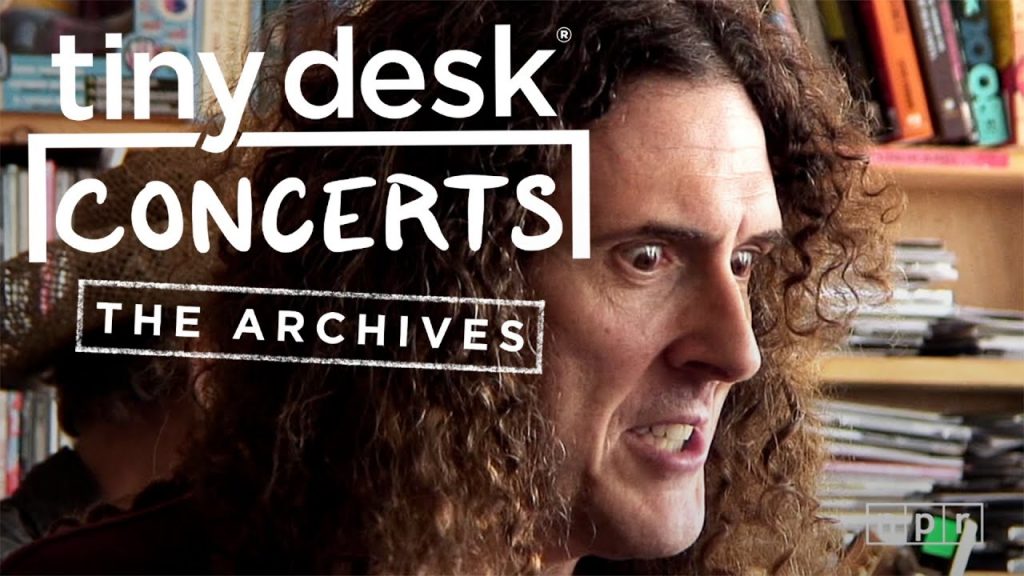 NPR filmed a “Tiny Desk” Concert with Weird Al back in June of 2010 but it unfortunately remained unreleased. Now we can enjoy a beautiful acoustic concert by Weird Al singing some of his most popular songs. He sang “You Don’t Love Me Anymore”, “Good Old Days” and “CNR”. Check out the video below.

In the middle of of the songs he tells us some different facts about his life and it’s nice to see him in this kind of personal style. Usually he will play at the OC Fair but since things are cancelled this year we haven’t been able to see him much.

If you truly miss him though he has his very own Chia Pet you can get on Entertainment Earth. Water it while listening to his songs. Hopefully next year performances will resume and we can get back into the crowd.

If you want to see his most recent parody he’s polka-fied “Hamilton” and it’s honestly one of the greatest things we’ve seen. Check it out here.