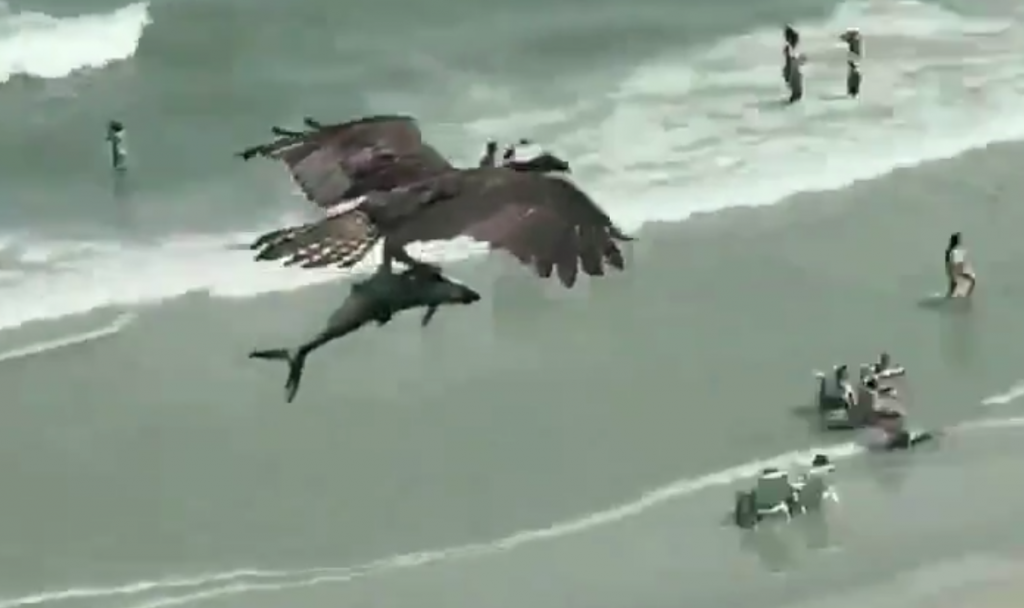 Watch as This Bird Flies Around Carrying a Shark?!

Today on Twitter a user named @RexChapman tweeted a video of a bird carrying a shark through the air! They keep getting more and more creative for those Sharknado films! Just kidding, the video was shot at Myrtle Beach in South Carolina and it’s of an Osprey carrying its prey majestically.

Osprey are pretty big with an average wingspan of 1.5 meters. Putting them at about 5 feet with their wings out. They are only slightly smaller than an eagle and by comparison that shark must be a pretty good size as well.

Now the better video I thought was the one where “Chariots of Fire” was playing alongside the video. It perfectly encapsulates this magical moment.

Other people on twitter are saying the fish may be a tuna, others are saying maybe a baby dolphin(let’s hope not). And some are saying its a Greater Amberjack. But for the way 2020 is going we wouldn’t be surprised if it is a baby shark. It doesn’t seem to match up to the descriptions of the larger sharks found in the area, but since there are over 440 known species of sharks it very well could be.

Another twitter user said that since we aren’t going to nature, nature is bringing the sharks to us which I thought was pretty funny. Since COVID-19 has put a damper on a lot of the fun activities we would normally be doing right now we’re having hard time acclimating. But hey as long as nature is on our side(crosses fingers) we should be able to get plenty of funny videos still.