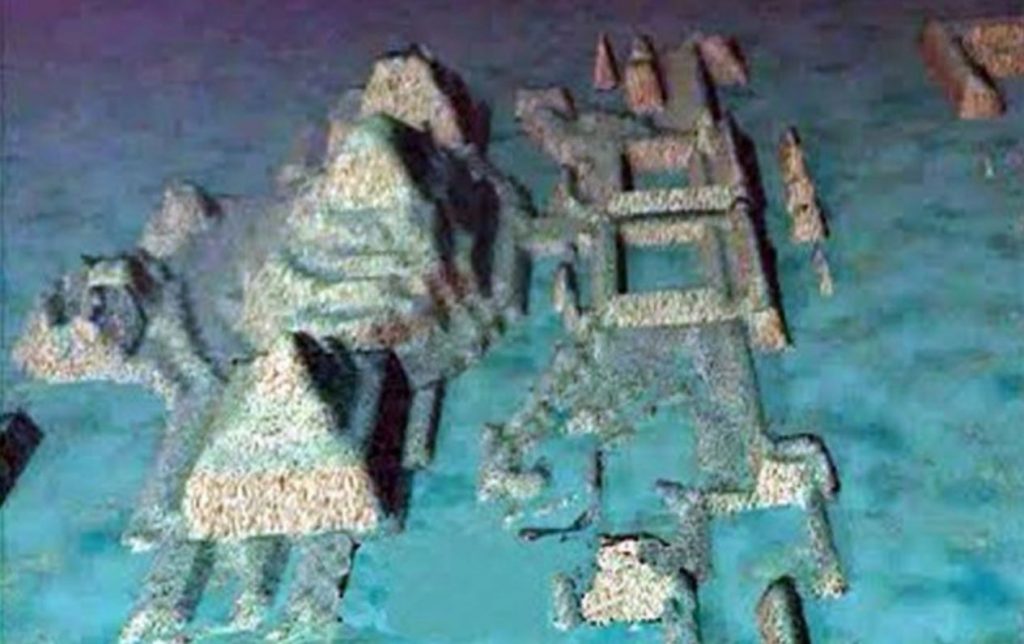 Scientists Recently Discovered a Lost City off the Cuban Coast

I would hate to say that they discovered the lost city of Atlantis but that’s what some are saying. The truth is that there are many places that get lost to the tides of time so while this could be it we just don’t know yet. The group of Pyramid structures were found along with other shapes that elude to a city. These structures are immersed in the deep water off the coast of Cuba and were discovered by Canadian and Cuban researchers. They are estimating they are around 6,000 years old.

Offshore engineer Paulina Zelitsky, her husband Paul Weinzweig and her son Ernesto Tapanes found the structures using sophisticated sonar and videotape devices. Weinzweig said in an interview that they are “some kind of megaliths you’d find on Stonehenge or Easter Island.”

“Some structures within the complex may be as long as 400 meters wide and as high as 40 meters,” he said. “Some are sitting on top of each other. They show very distinct shapes and symmetrical designs of a non-natural kind. We’ve shown them to scientists in Cuba, the U.S., and elsewhere, and nobody has suggested they are natural.”

They’re saying that it could be that Cuba and Mexico were once connected by a land bridge. And considering the shape and formation of these pyramids they are highly similar to the ones built by the Mayan and Aztecs. They also say that some of the structures have a language on them that they have not yet been able to identify. They are hoping to go back soon with underwater archaeology devices that will be able to blow some of the sand off the structures and make the writing much clearer.

Another thing they are excited about is where the ruins are located. They seem to be at the base of a mud volcano and on a fault line. It is historically proven that ancient civilizations liked to build cities at the bottom of volcanoes because the land is more fertile. So this could be the situation here. They also hypothesize that if the lost city of Atlantis is ever proven that the same Cataclysm that caused this city to fall into the ocean may have been the same one connected to the disappearance of Atlantis.

You can read the full thing in ARCHAEOLOGY WORLD. For now we’re going to go into this assuming it’s not Atlantis until we get real hard proof that it is.